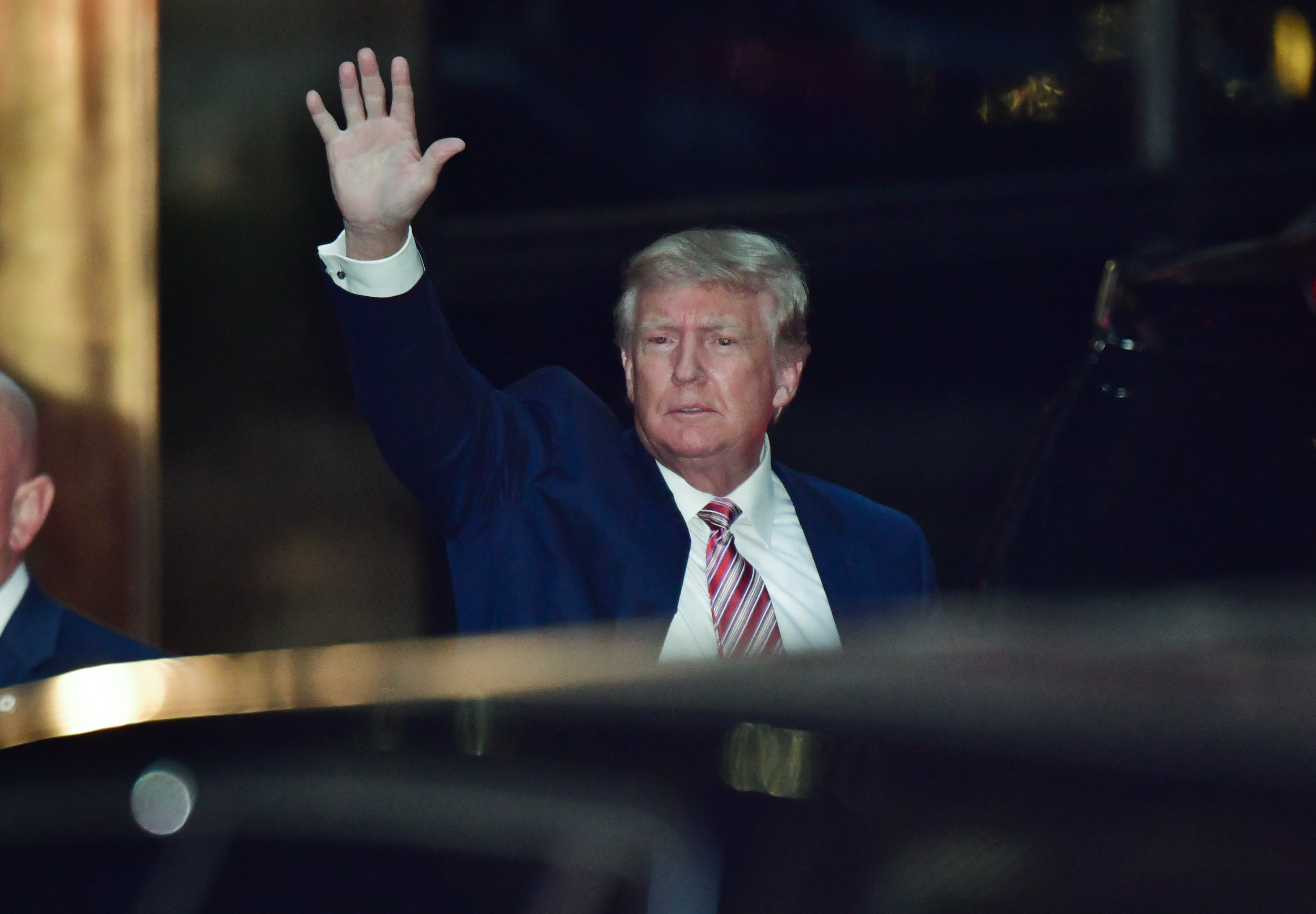 Donald Trump reveals he got vaccine booster shot, gets booed by tour crowd

A section of the crowd in the American Airlines Center in Dallas booed after Trump confirmed he had received a booster shot of a coronavirus vaccine.

Donald Trump was met with boos when he revealed he had received a booster shot of the coronavirus vaccine on Sunday. Trump made the revelation after telling a mostly unmasked crowd at the American Airlines Center in Dallas that they should "take credit" for the coronavirus vaccines developed during his presidency. Trump was on the final stop of "The History Tour" with former Fox host Bill O'Reilly.

"Look, we did something that was historic, we saved tens of millions of lives worldwide when we, together, all of us, we got a vaccine done," Trump said. "This was going to ravage the country far beyond what it is right now, take credit for it... it's great, what we've done is historic. Don't let them take it away."

"You're playing right into their hands" when you doubt the vaccine, Trump added.

While the reception to those comments appeared lukewarm, the crowd cheered when Trump expressed his opposition to vaccine mandates. "If you don't want to take it, you shouldn't be forced to take it, no mandates but take credit... don't let them take that away from you," he said.

O'Reilly proceeded to tell the audience that "both the president and I are vaxxed."

"Did you get the booster?" O'Reilly then asked Trump. "Yes," Trump replied. "I got it too," O'Reilly added.

The former president was then forced to quieten boos that appeared to come from one side of the arena. "Don't, don't, don't... that's alright, it's a very tiny group over there," he said.

Trump and his wife Melania quietly received their coronavirus vaccinations before he left office in January, The New York Times first reported in March.

Both had been infected with coronavirus in the fall of 2020, and the former president was hospitalized with a severe case.

While President Joe Biden, Vice President Kamala Harris and former Vice President Mike Pence received vaccine shots in front of cameras, Trump never publicly encouraged people to get vaccinated against COVID-19 while he was in office.

He encouraged Americans to take the coronavirus vaccine for the first time during an appearance at the 2021 Conservative Political Action Conference in February.

In October, Trump revealed he had gotten Pfizer's COVID vaccine in an interview with Yahoo Finance.

He also said he would be willing to get a booster shot in that interview, despite earlier saying that he "probably wouldn't" get a third shot.

"I feel like I'm in good shape from that standpoint—I probably won't" get a booster shot, he had told The Wall Street Journal in September.

But he then said he would get the shot "if I felt that it was necessary and let's see where this whole thing is going."

The U.S. Centers for Disease Control and Prevention is recommending eligible Americans get their booster shots as the country grapples with the spread of the Omicron variant.