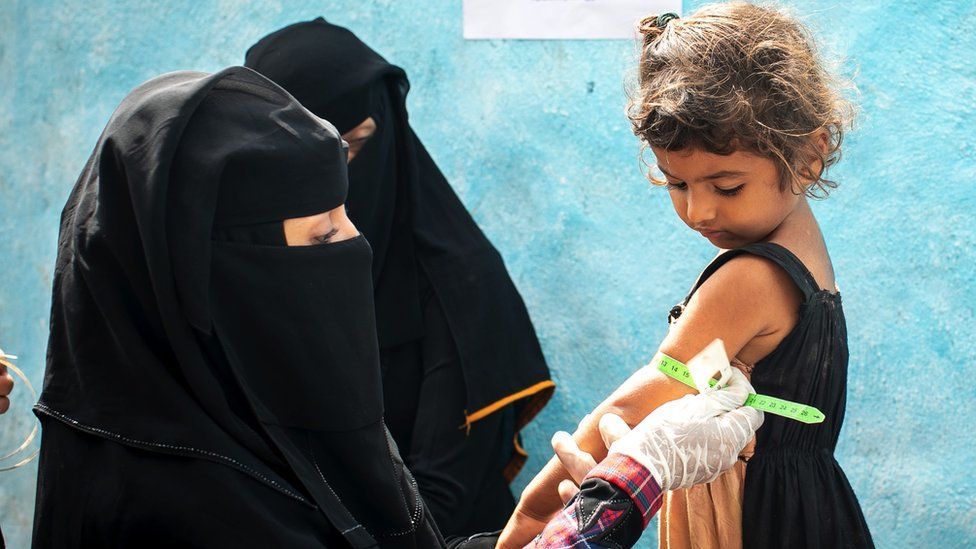 Ukraine war could worsen crises in Yemen and Afghanistan

Soaring food and fuel costs, together with budget cuts in some traditional donor countries, have forced the WFP to halve the amount of food it is giving to millions of people in Yemen, Chad and Niger.

As aid workers stress, these are not people who will be made a bit more comfortable by help from the UN. They are people, particularly children, who will probably die without it.

But that appeal was made before Russia invaded Ukraine. Both countries used to sell grain to the WFP.

Back then, Ukraine was a supplier, not a country in need of humanitarian assistance, as the WFP's Geneva director Annalisa Conte points out.

In the first month of the war, the WFP reached a million people inside Ukraine. But its supply of Ukrainian grain, destined to feed some of the hungriest on the planet, has dried up.

Meanwhile, many African countries, while not dependent on UN aid, import grain from Ukraine.

Somalia gets more than 60% of its grain from Ukraine and Russia, while Eritrea gets nearly 97% of its wheat from Ukraine.

They now have to bid against Europeans and North Americans on the international market in search of food.

Jan Egeland, former head of UN emergency relief and now with the Norwegian Refugee Council, describes this as a "catastrophe" for the poorest parts of the world. "They will starve," he says.

This March, in the hope of reminding donors of the continued needs in Yemen and Afghanistan, the UN launched emergency "flash" appeals. 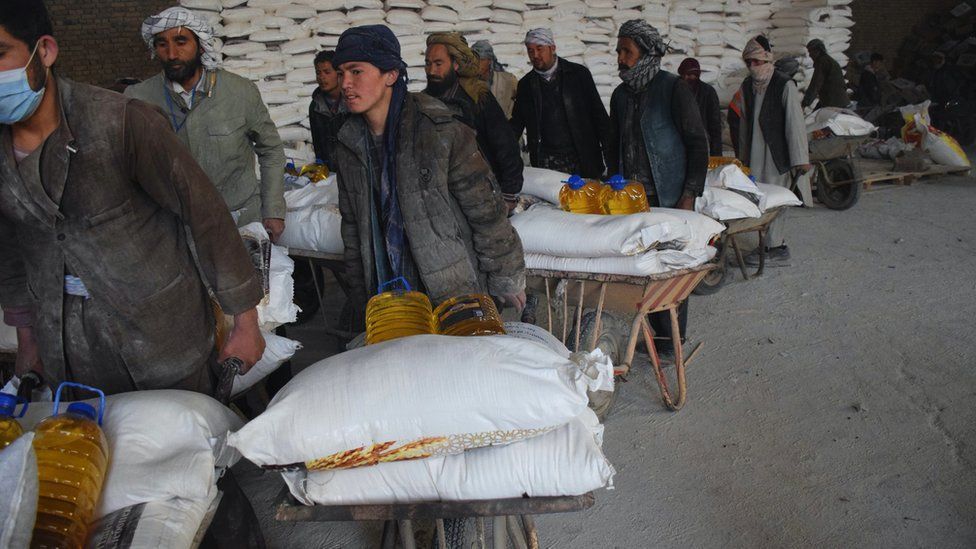 Malnutrition is on the rise in Afghanistan

UN Secretary General Antonio Guterres warned that Afghans were "selling their children, and their body parts, in order to feed their families". But the flash appeal for Afghanistan achieved about half of what the UN asked for.

A similar appeal for Yemen, which the UN says is the world's worst humanitarian crisis, got less than a third.

Although aid workers don't like to say it publicly, there is an uneasy feeling that traditional donor countries in Europe, who in recent weeks have raised record sums for Ukraine and offered tens of thousands of places in their homes for Ukrainian refugees, are being somewhat selective about who they help.

There is no question that vulnerable civilians in Ukraine "deserve all our compassion, and the outpouring of generosity that we have seen", says Robert Mardini, director general of the International Committee of the Red Cross.

But, he adds, there is a long list of unresolved conflicts elsewhere that continue to unfold day in, day out.

The crises in Afghanistan, Yemen and Syria among others have only got worse since the Ukraine war. Jan Egeland admits aid agencies feel "overstretched, underfunded, overwhelmed like never before".

The generosity towards Ukrainians who have fled their homes has been welcomed by the UN Refugee Agency. But aid workers also know that until quite recently, many European countries, among them Hungary and Poland, were pushing Syrian refugees back across their borders. 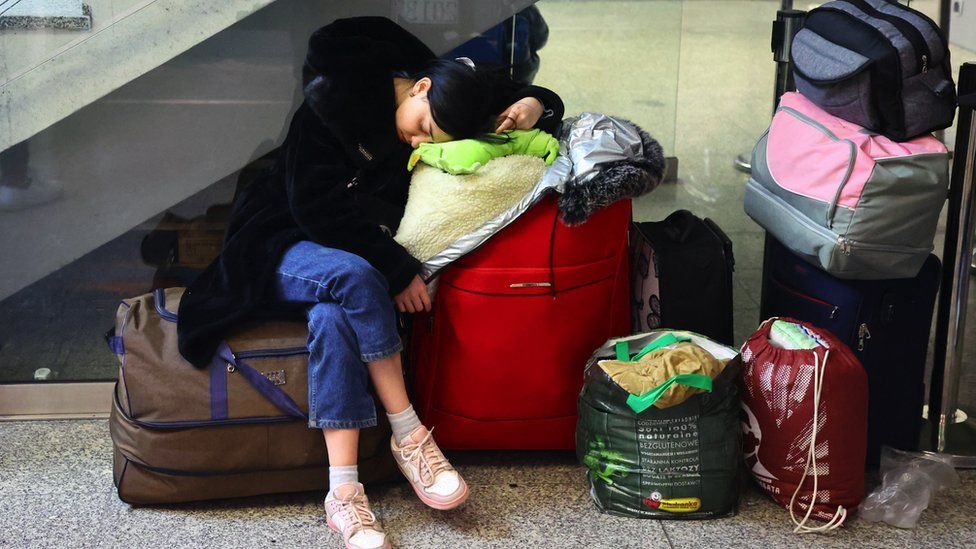 The refugee agency's Shabia Mantoo thinks the Ukraine war could be an opportunity for the world to come to a better understanding of what it is to be a refugee, or to be a neighbouring country, like Lebanon, Uganda or Turkey, hosting hundreds of thousands of people.

She hopes the countries now throwing their doors open to Ukrainian refugees will "extend that solidarity, that compassion to all others in a similar situation".

But even if this crisis does cause a surge in global solidarity, aid agencies know this will be a very difficult year.

The fact that Russia, a permanent, veto-wielding member of the UN Security Council, is the aggressor in this latest war will probably make the delivery of aid more complicated.

The UN needs co-operation between Russia and the West, for example, for cross-border deliveries to Syria. But this relationship is now "in the deep freeze", as Jan Egeland puts it.

Meanwhile, food and fuel prices are set to rise still further, while wealthy countries are looking to balance their books after spending tens of billions on their Covid recovery programmes.

It's a perfect storm, aid workers say, which shows once again that humanitarian aid is never a solution and usually only an inadequate sticking plaster on the gaping wound of war.

Peace is the precondition to everything else, says Annalisa Conte.