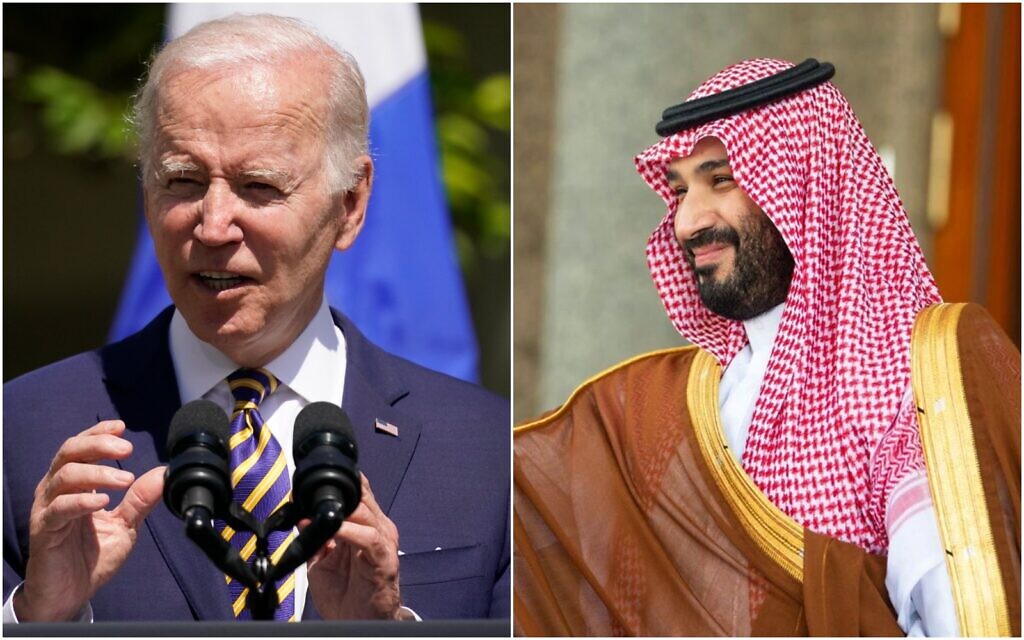 US and Saudi officials have reportedly been in talks about arranging a meeting between President Joe Biden and Crown Prince Mohammed bin Salman when the former is slated to travel to the region next month.

A date has not yet been set and details are still being finalized but Biden is expected to travel to Israel and the West Bank late next month in what will be his first visit to the region as president.

The trip would provide an opportunity for visits with other partners in the area, and CNN said US and Saudi officials are hoping to organize a meeting.

“You should count on something like this happening, it just comes down to when, not if,” a former US official told CNN, speaking on condition of anonymity.

The White House has slowly sought to improve ties with Saudi Arabia after Biden came down hard on Riyadh and its crown prince during his election campaign over the country’s human rights record and the killing of Washington Post columnist Jamal Khashoggi.

But as Russia’s invasion of Ukraine continues to rock the global energy market, the US is finding itself increasingly reliant on Saudi Arabia, the world’s largest crude oil exporter.

Biden has yet to speak with MBS, preferring to work with his 86-year-old father, King Salman. But the president’s top aides have been meeting with the crown prince, building speculation that a summit with the president is inevitable.

But a meeting is also likely to generate criticism back home by US lawmakers from both parties, particularly progressive Democrats who have criticized Riyadh’s role in the deadly Yemen civil war.

It may be a pill worth swallowing though, as Biden seeks to shore up ties with traditional Gulf allies who are concerned about the US withdrawing from the region. The Biden administration is also engaged in a last ditched effort to salvage a nuclear deal with Iran, which has Tehran’s rivals — who make up some of the United States’ closest allies in the Mideast — concerned.

Talks in Vienna aimed at a US-Iran mutual return to compliance with the accord known as the Joint Comprehensive Plan of Action have hit a wall over Iran’s insistence that the US delist its Islamic Revolutionary Guard Corps.

Israel’s Defense Minister Benny Gantz was also in Washington this week for meetings with National Security Adviser Jake Sullivan and Defense Secretary Lloyd Austin during which he encouraged the US to strengthen the anti-Iran coalition in the Middle East. 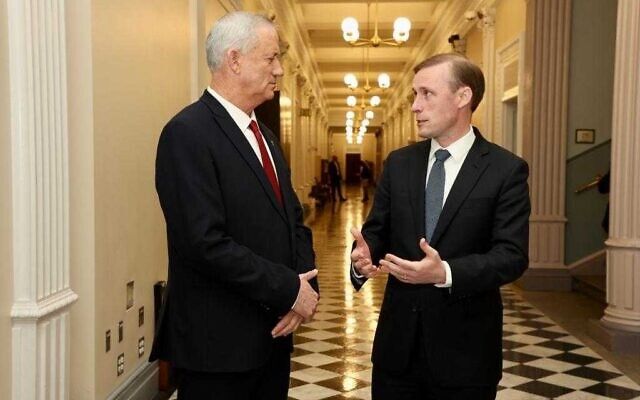 Defense Minister Benny Gantz (left) and US National Security Advisor Jake Sullivan meet at the White House in Washington, May 19, 2022.

Gantz stayed at the same hotel as the Saudi defense minister’s staff, raising speculation among some that there may be some covert communication between the sides. While Riyadh has been seen as warming to the idea of normalizing ties with Israel in recent years, MBS has insisted that the step will not come devoid of a resolution to Israel’s conflict with the Palestinians.

Nonetheless, Sullivan reportedly raised the notion of Israel normalization during a meeting with bin Salman last year in the Red Sea city of Neom.

The Saudi crown prince in turn presented US officials with a list of steps that would have to take place before such a normalization agreement could move forward, according to the Axios news site. Those steps included an improvement in bilateral US-Saudi relations after ties cooled since Biden’s election. Such an agreement would also likely require significant steps by Israel vis a vis the Palestinians, the report noted.