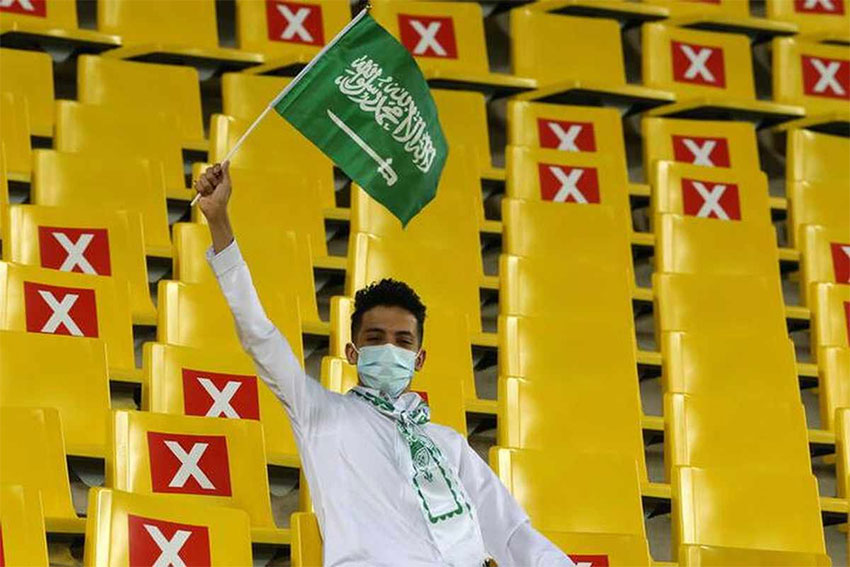 Saudi Arabia will raise its football stadium attendance capacity to 100 per cent when its national side host Japan and China for FIFA World Cup qualifiers later this week and next week, authorities decided on Tuesday.
The decision will only allow the presence of people fully-vaccinated against COVID-19, over the age of 12, the Ministry of Sports said in a statement.

It comes after the approval of relevant authorities and to support the national team’s “march in the qualifiers,” added the ministry.

Saudi Arabia are second in Group B, trailing on goal difference to Australia, with six points from two matches after wins against Oman and Vietnam.
#COVID-19  #Covid