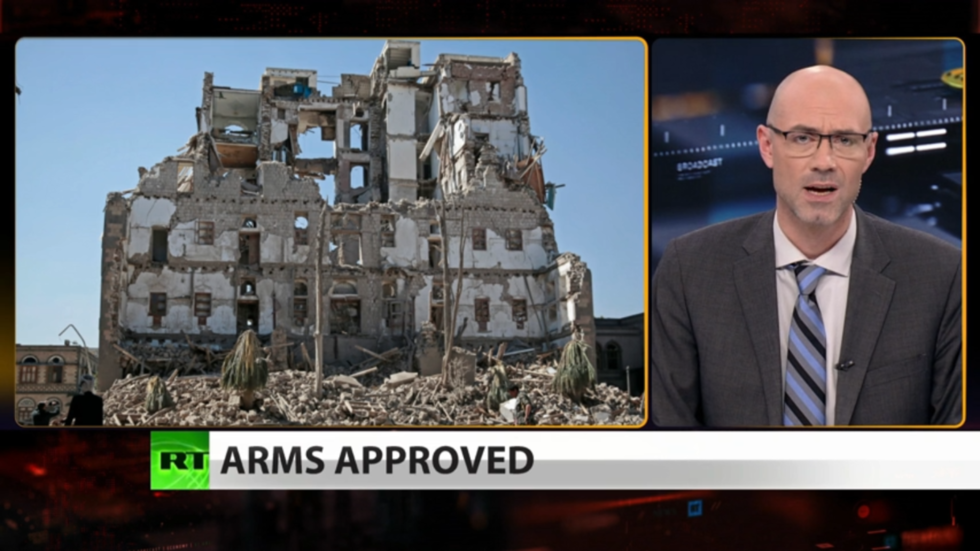 Saudi Arabia gets $500-million military contract from US

US President Joe Biden's campaign vow seems to be on the backburner, as his administration has green-lighted a $500 million helicopter deal to the Gulf Kingdom

France is outraged over the latest nuclear submarine deal that was signed by the US, UK and Australia, who were considered close allies to Paris. While the US, UK and Australia are trying to smooth things over, France is seeking support from its EU friends in this situation - which it has described as a “stab in the back”. RT’s Alex Mihailovich has the story. Later Professor Peter Kuznick joins host Tyrel Ventura (in for Rick Sanchez) to tackle this latest US foreign policy dilemma.

The US' last drone strike against an alleged ISIS-K target in Afghanistan was previously hailed by the Biden administration. But a new investigation by the New York Times has revealed that the supposed ISIS-K target was really an aid worker and several other civilians, including 7 children. RT's Murad Gadiev reports from Kabul, where he interviews the father of one of the victims.

Have you ever heard of the American Indian boarding schools that were established in the 19th and 20th centuries? These unjust institutions were created to denigrate Native American culture, with the primary objective of 'civilizing' Native American children. Joining RT America to discuss these institutions is Jaike Spotted Wolf, a member of the Mandan, Hidatsa and Arikara Nation (Three Affiliated Tribes) in the Fort Peck Indian Reservation, originally from the occupied Duwamish Territories.