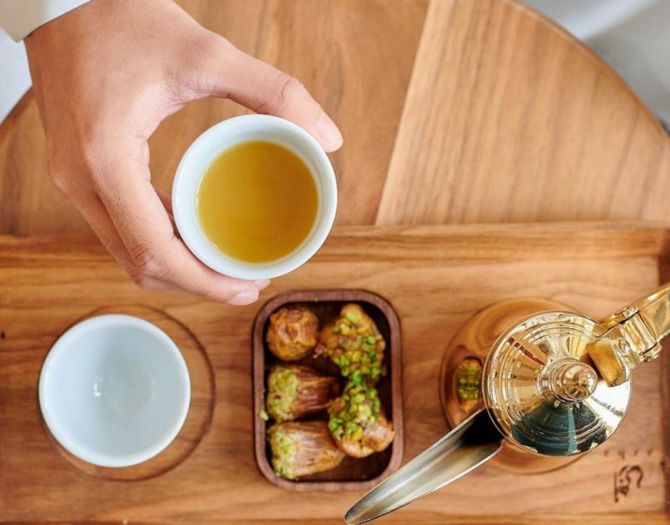 The statement by ministry spokesman Abdulrahman Al-Hussein was made in conjunction with a Culture Ministry initiative naming 2022 as the Year of Saudi Coffee, part of moves to strengthen the Kingdom’s identity and culture.

Since the move, the number of young baristas in the Kingdom has increased, with many focusing on creative adaptations and ways of serving the traditional beverage.

Ridhwan Al-Momen wanted to work while studying, so joined the international cafe franchise the Coffee Bean and Tea Leaf. 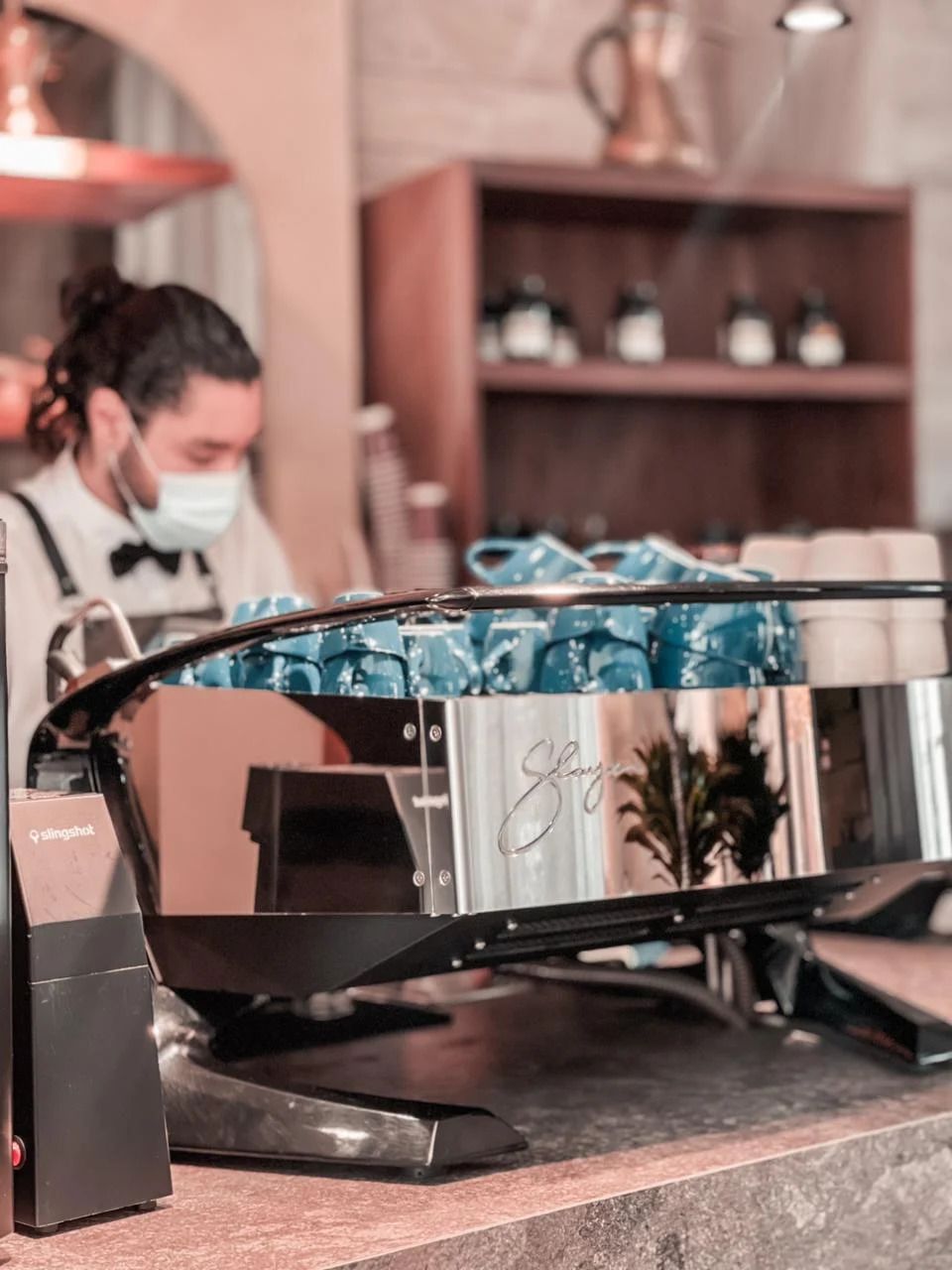 Ridhwan Al-Momen has a passion for specialty coffee.

“I had humble beginnings, but when I learned about specialty coffee, I took a deep dive into this world and I can’t get out of it,” he told Arab News.

“This is how many baristas of my generation feel.”

A UNESCO article stated that “serving Arabic coffee is an important aspect of hospitality in Arab societies and considered a ceremonial act of generosity,”.

This is especially true in Saudi Arabia, where coffee plays a central role in an age-old tradition of hospitality. As the Kingdom attracts more tourists, Saudi coffee has become one of its most intriguing attractions.

“Saudi coffee is an important part of our lives. We grew up around it and we still serve it to guests,” said Al-Momen.

“I think it’s a nice thing that there is a growing interest in Saudi coffee.”

The Kingdom’s large youth population means that in the year of Saudi coffee, tradition is meeting innovation.

“They (the younger generation) took things from the older generation and gave it a modern touch with new additions,” said Abdullah Al-Shareef, who works at the Wide Awake cafe in Jeddah.

Al-Momen now works as a barista at local cafe Azha. Located in Jeddah’s House Hotel, the cafe serves a variety of teas, coffees and iced beverages, as well as croissants and desserts. Its Saudi coffee is served in a dallah, a traditional Arabic coffee pot, with dates.

“The Saudi coffee we offer is a specialty coffee that comes from expensively harvested beans, and we present it in a unique way,” he said.

Whole-roasted beans are ground and the entire recipe created from scratch, he added.

Typically, cardamom is the star of Saudi coffee, but recipes vary, with some adding cloves and saffron. Spices, beans and roasting method can vary, which means each outlet has its own coffee flavor. 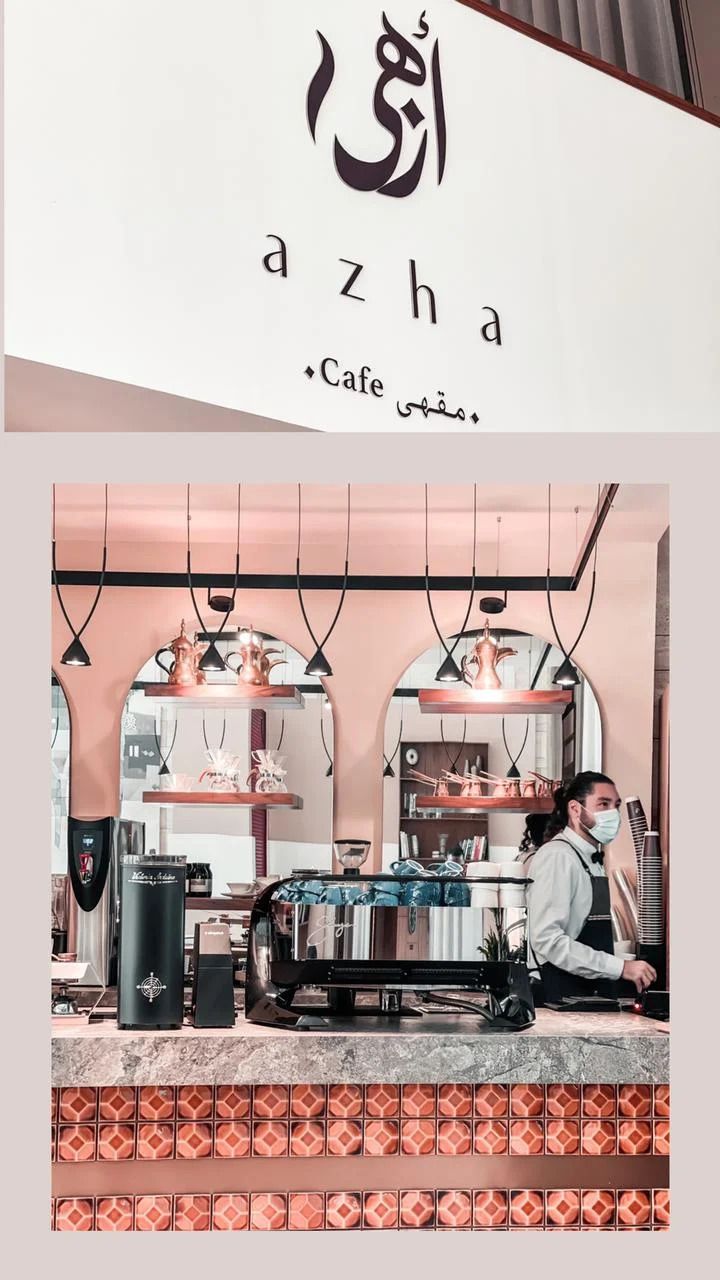 Ridhwan Al-Momen works as a barista at local cafe Azha. Located in Jeddah’s House Hotel, the cafe serves Saudi coffee in a dallah with dates.

At the Dubai Expo 2020, Sard Cafe offered guests a novel insight into the various types of Saudi coffee. Coffee blends from across 13 regions in the Kingdom were presented along with information cards explaining the characteristics of each.

“Coffee has become a culture,” Al-Shareef said, which means work as a barista can be highly lucrative for men and women in the Kingdom.

As the coffee industry grows in the Kingdom, government and private organizations are investing in a range of initiatives to support and expand the sector.

In July, the Saudi Culinary Arts Commission signed a cooperation agreement with the Saudi Coffee Co. on several initiatives to preserve the heritage of Saudi coffee.

Initiatives include a program to develop a media library and local culinary arts stories, as well as the designing and marketing of tourism routes to promote coffee plantations.

Through partnerships with authorities associated with Saudi coffee, the endeavor aims to develop the sector, improve the quality of coffee products, empower those working and investing in coffee, and share the Kingdom’s coffee heritage with the world.