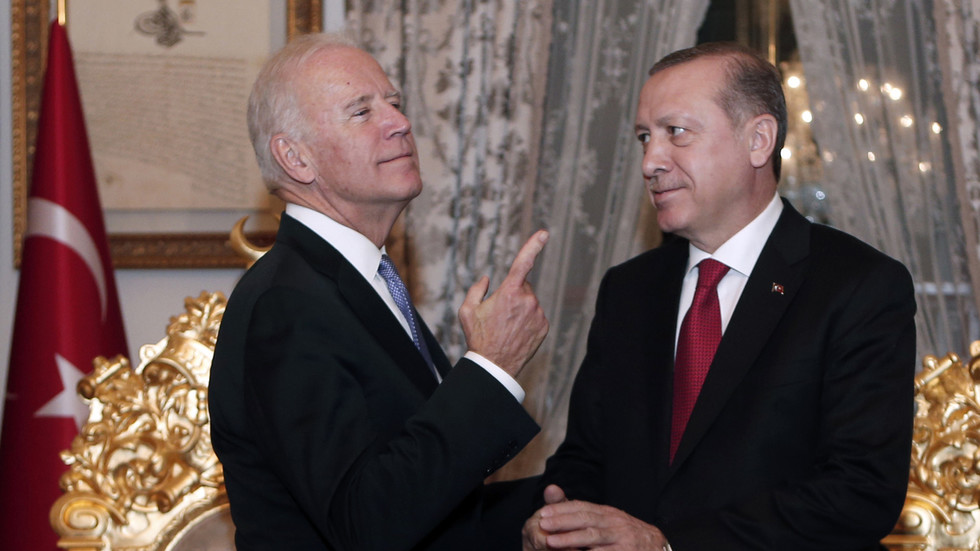 US-Turkey relations ‘not healthy’ and failed to ‘start well with Biden,’ Erdogan says

Ankara’s ties with Washington remain “not healthy,” as the US continues to act towards Turkey in a manner that’s not “honest,” President Recep Tayyip Erdogan has said, urging the US to “sort out” the non-delivery of F-35 jets.

Speaking to reporters on the sidelines of the UN General Assembly in New York on Thursday, Turkey’s president touched on the frosty relations between his government and the US, signaling it was up to the latter to fix the situation.

The ongoing F-35 debacle remains the main problem in bilateral ties, according to Erdogan, with Turkey kicked out of the 5th-gen fighter program by Washington after Ankara opted to purchase Russian-made S-400 anti-aircraft systems. For Turkey, “the S-400 business is over,” and it’s not possible to somehow revert the purchase.

“We bought F-35s, we paid $1.4 billion, and these F-35s were not given to us. The United States needs to first sort this out,” the president said.

"I cannot say that a healthy process is running in Turkish-American ties."

The change of US administration, with President Joe Biden taking over early this year, has apparently done little to warm up Turkish-US relations.

“I can’t say we started well with Mr. Biden,” Erdogan said. “We, Turkey, act honestly. Our stance is honest, but unfortunately America did not act honestly, and it [still] isn’t acting so.”

Turkey and Russia signed the S-400 contract back in late 2017, following years of Ankara’s failed attempts to procure modern anti-aircraft systems from its NATO allies. The $2.5-billion deal encompassed delivery of four full S-400 batteries, including various vehicles and launchers, and a cache of missiles. The deliveries began back in 2019 and have already been completed.

Ankara’s move invoked a furious reaction in Washington, with senior US officials repeatedly trying to press Turkey into abandoning the deal. Ankara has not bowed to the pressure, however, and has ended up being kicked out of the F-35 program, while the country’s defense sector has been targeted by US sanctions.

Moscow and Ankara have been in talks over procuring a second batch of the S-400 system. Back in August, Erdogan said his nation had “no hesitations” about the purchase, while Russia’s state-owned arms company Rosoboronexport indicated that the new contract would likely be signed by the end of this year.