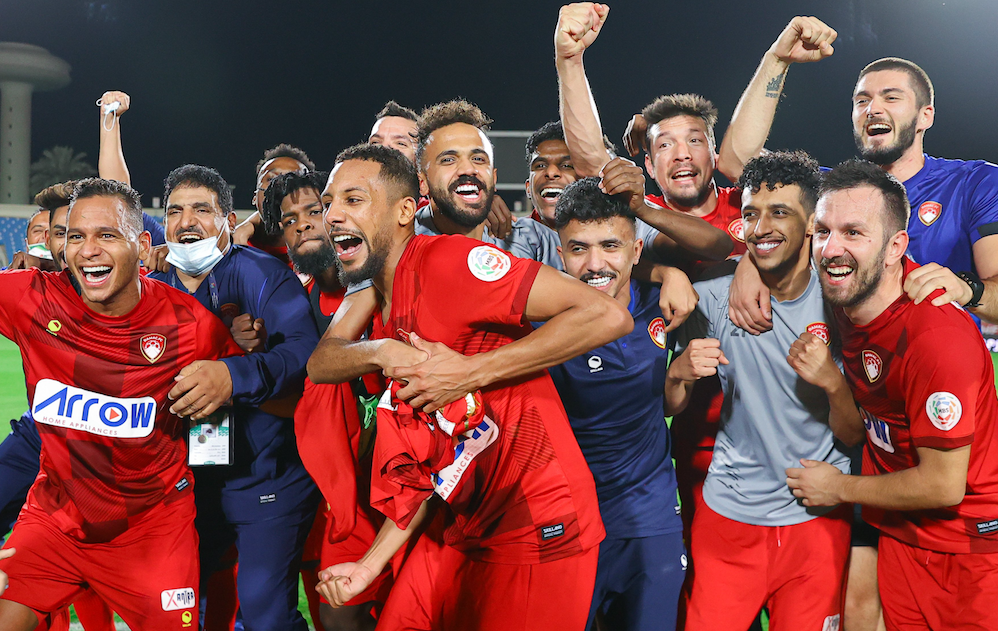 The action continued in the Saudi Professional League on Thursday as the last round of games before the international break started. Riyadh giants Al-Hilal and Al-Nassr both played, and below are five things we learned.

Despite a 3-1 win over Abha, there is plenty for Al-Nassr to think about. Mano Menezes was fired last month as head coach despite being in charge of a team full of stars and attacking talent that, on their day, are capable of beating anyone in the league as well as Asia. But there is too much reliance on individual ability making a difference at the big moments in games. Sometimes they do, sometimes they don’t.

They did on Thursday, but the former Brazil boss was unable to really get Al-Nassr playing as a team and struggled to create an identity. His time in Saudi Arabia was short, but there are hints of Old Trafford about it all.

Manchester United win more than they lose, which is unsurprising given they have the likes of Cristiano Ronaldo, Paul Pogba, Bruno Fernandes and many others. Yet Ole Gunnar Solskjaer has also struggled to create a fluid and systematic style of play in England, and as a team, the Red Devils are lacking. There is a feeling that the Norwegian should be doing better, and whichever coach takes over at Al-Nassr will be expected to do better than Menezes. There is enviable individual talent at the club, but the new coach has to build a team.

2. Don’t let Talisca shoot from just outside the area

The Brazilian Talisca has shown his class on more than one occasion this season and came up with the goods again in Al-Nassr’s a 3-1 win at Abha.

The first goal came in a central position. The first touch was sublime as it killed the ball and Talisca deceived the already diving goalkeeper with the flight of the shot.

The second was more spectacular and came from further out. For some reason the defense were slow to close the midfielder down when he picked up possession on the right side. They were made to pay as Talisca unleashed an unstoppable left-foot shot that flew into the top corner.

With the 27-year-old in such form, it is easy to why Jose Mourinho, then in charge of Manchester United, was reportedly interested in him in 2018, and why Al-Nassr always have a chance. Now, they have 12 points from the first six games of the season, and if the right coach is brought in, could go on to have a very good campaign.

3. Al-Hilal are dropping too many points

The champions were expected to defeat Al-Hazam and go level on points with Damac at the top, but instead had to settle for a 1-1 draw. Coming after the 2-2 tie with Al-Shabab in the last round, Al-Hilal have now drawn three of their past four games and will be concerned about dropping six points.

There were mitigating circumstances on Thursday as coach Leonardo Jardim was without leading players, including Matheus Pereira, Salem Al-Dossari, Abdullah Otayf and Andre Carillo. The Portuguese boss used this as an excuse — saying that their absence could not be used as an excuse.

Despite the injuries, Al-Hilal dominated. Apart from the penalty, the goalkeeper had little to do, the team had two-thirds of possession and outshot the hosts by a ratio of 3:1, but despite such stats, they came away with just a point. At this early stage of the season, it is not yet a major issue, but in a few months’ time, Al-Hilal, which finished against Al-Hazem with four strikers on the pitch, may look back at these games with regret.

4. A night to forget for Gomis and Marega

Al-Hilal have two of the most dangerous strikers in the country and, unlike most of their rivals, select them both. Looking back on the 1-1 draw with Al-Hazem, however, both Moussa Marega and Bafetimbi Gomis will have cause for disappointment.

Gomis may have scored Hilal’s goal, but missed from a good position early on, and with the last kick of the game the Frenchman shot meekly at the goalkeeper from the penalty spot.

Marega got himself into good positions twice, but just could not find the back of the net. The Malian marksman then gave away the penalty in the second half as he handled in the area with 17 minutes. Al-Hazem scored to earn their point.

This dangerous duo can win games for the champions by themselves, but this was a match that they will want to forget.

5. All eyes turn to Jeddah

Can there be a more enticing prospect than a Friday-night Jeddah derby? This one is more significant and more mouth-watering than most.

After Al-Ahli lost last Thursday to Al-Feiha, it seemed that with five points from the first six games of the season — the second-worst start in the club’s history — time was up for Besnik Hasi. However, the management have, to the surprise of some, given the former Legia Warsaw, Olympiacos and Anderlect boss another chance.

And what a chance. There can be no better way to kick-start a season than a win against local rivals. The opportunity is a dangerous one as defeat would surely spell the end.

For Al-Ittihad, it is all about getting the win they need to stay in pole position and maintain their push for the title. But inflicting more misery on Al-Ahli would be a great bonus, as would pushing them down into the relegation zone.