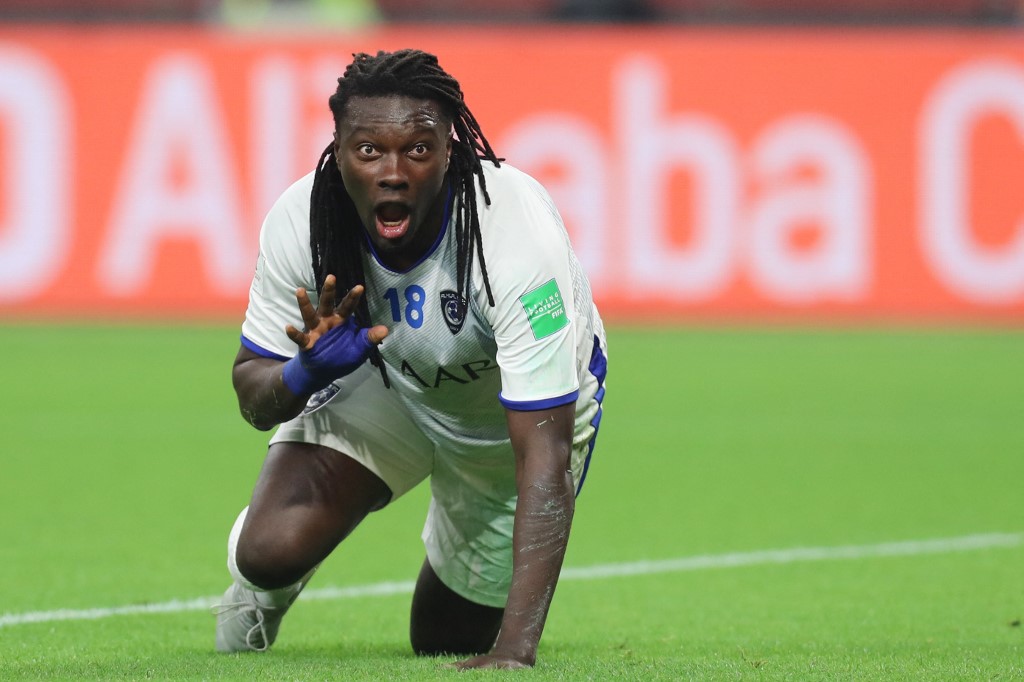 The news that Bafetimbi Gomis is leaving Al-Hilal after having his contract terminated has prompted acclaim and sadness in equal measure from media professionals and Saudi football fans.

The 36-year-old French forward has had a stellar career with the reigning Saudi and Asian champions, winning the AFC Champions league twice and the Saudi Professional League twice while scoring 113 goals in 154 appearances.

His impact on the game in the Kingdom, on and off the pitch, will live long in the memory.

Sports journalist Ahmed Al-Shammari commented that Gomis was not only a player who scored goals, but was kind with everyone and dealt with people with good manners, which earned him the love of supporters of all clubs.

While expected tributes from adoring Al-Hilal fans came thick and fast, there was plenty of praise from supporters of even Al-Hilal’s biggest rivals.

Al-Ittihad fan Khodr Al-Ghamdi said that “Gomis forced Al-Hilal fans in particular and Saudi fans in general to love him, especially when you see him wearing the traditional Saudi uniform or chanting the Kingdom’s national anthem, or even when he attends the (national) team matches in the World Cup qualifiers. He was supporting the Saudi team players remarkably.”

“Gomis is one of the rare and eminent players in the history of the Saudi (Professional) League,” he said. “He has contributed to accomplishing (great) achievements with his club …(and) also made personal triumphs as the top scorer of the 2019 AFC Champions League. He is a legendary player for Al-Hilal fans.”

The French Ambassador in Saudi Arabia, Ludovic Pouille, lauded his compatriot for the impact he has had on and off the pitch in the Kingdom.

“Bafetimbi Gomis is first and foremost a friend and his departure from Al-Hilal club saddens me,” he said. “Not only did he mark international football, but as a French footballer playing in the Saudi championship, he is the symbol of the universal character of football and its power to bring people together.

“For many people, no matter their origin or background, football is often their topic of choice in conversations. More broadly, sport is a common language for all.

Gomis has played his part in the growing sporting link between Saudi and France, something the ambassador was keen to highlight.

“Sport is an integral part of our relationship with Saudi Arabia,” Pouille added. “I therefore inaugurated this week the first Academy of French Football Federation in the Kingdom. France has an extensive experience in training sportsmen and organizing international sporting events. While sport is an integral part of the Kingdom’s Vision 2030, the prospects of cooperation between both countries are immense. I seek to strengthen them on a daily basis.”

In turn, Gomis tweeted from his personal account: “Al-Hilal I love you! Saudi Arabia I love you! Football brought me back here but what I experienced and discovered here went beyond football. I can only say a big THANK YOU.”