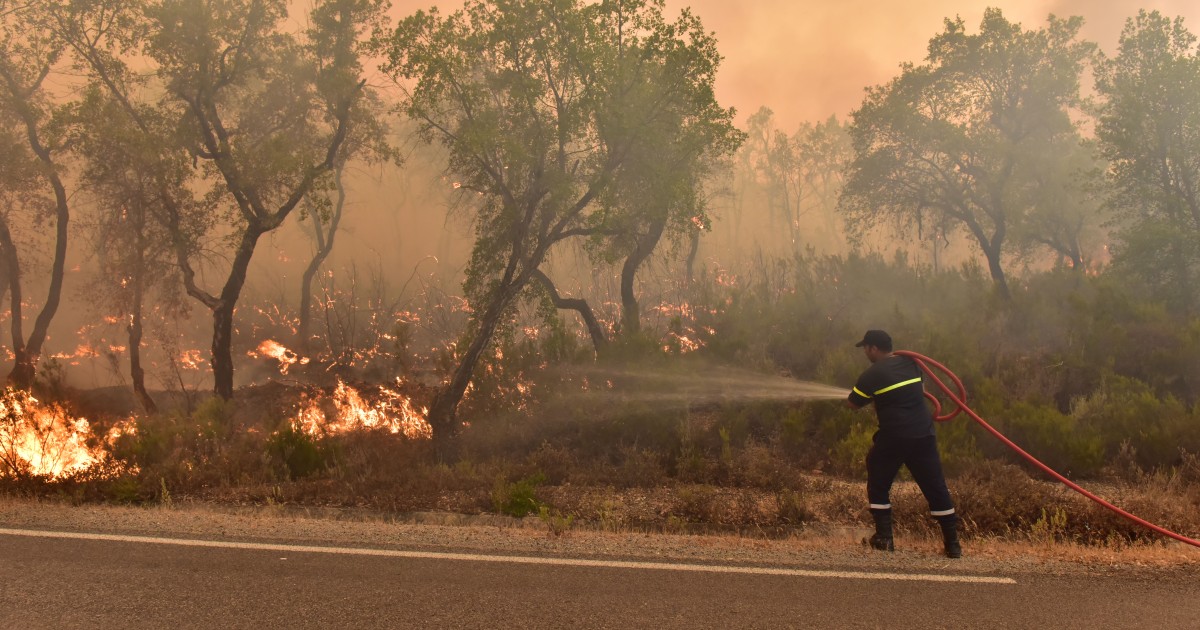 Hundreds of Moroccan firefighters and soldiers have been mobilised to tackle forest blazes burning for days in the wooded regions in the country’s north.

Half of the 4,660 hectares (11,500 acres) affected by the fires were in Larache province, where the biggest blaze is located and where one person has died.

More than 1,320 families have been evacuated from 19 villages in the region, said local officials.

Soldiers had been sent to help fight the fires in Ksar el-Kebir, one of the most inaccessible regions.

Hundreds of hectares of woodlands had also been destroyed in the neighbouring provinces of Ouazzane, Tetouan and Taza.

Temperatures approaching 40 degrees Celsius (104 degrees Fahrenheit) and strong winds have made fighting the fire that much more difficult. But officials are hoping the reinforcements and a change in weather conditions may give them some respite.

Morocco, which is struggling under intense droughts, has in recent days been hit by soaring temperatures approaching 45C (113F).

On the other side of the Strait of Gibraltar, fires are also raging in Southern Europe – from Spain and Portugal to France and Greece. 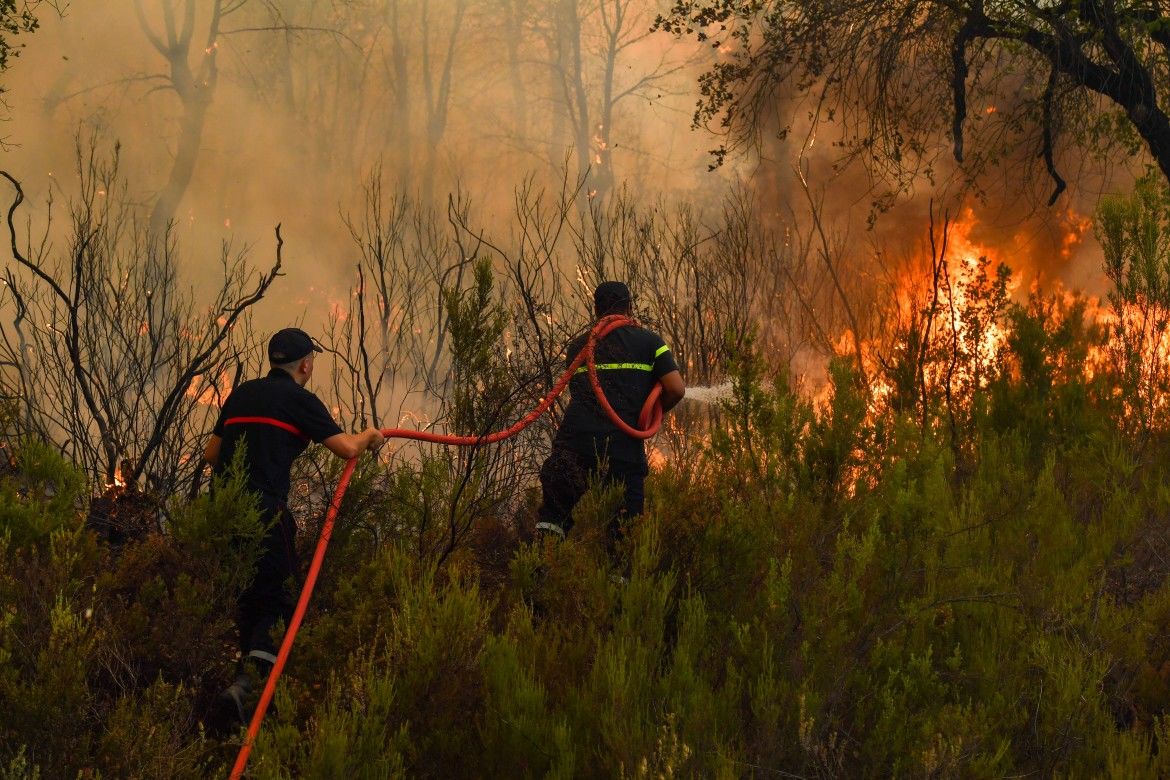 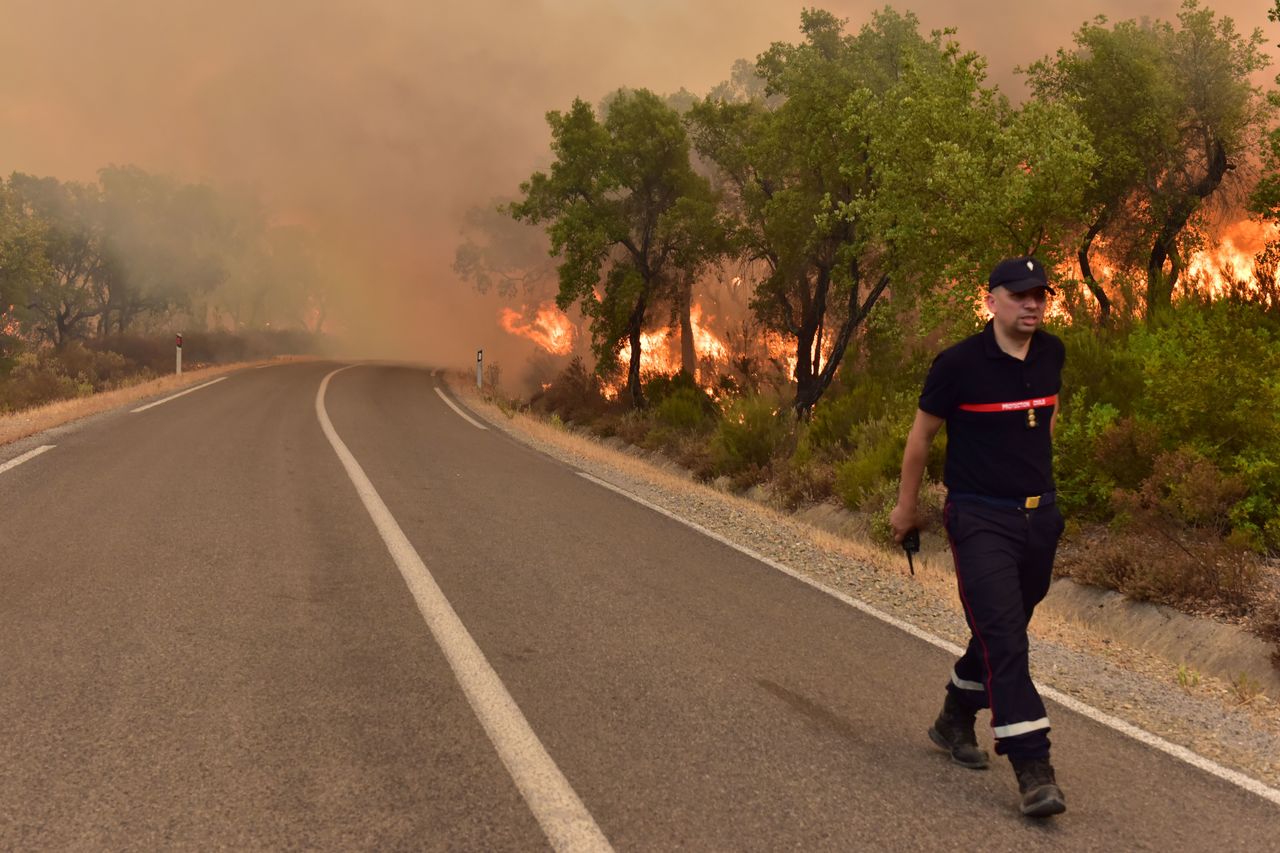 Morocco has been hit by soaring temperatures approaching 45C (113F) in recent days. 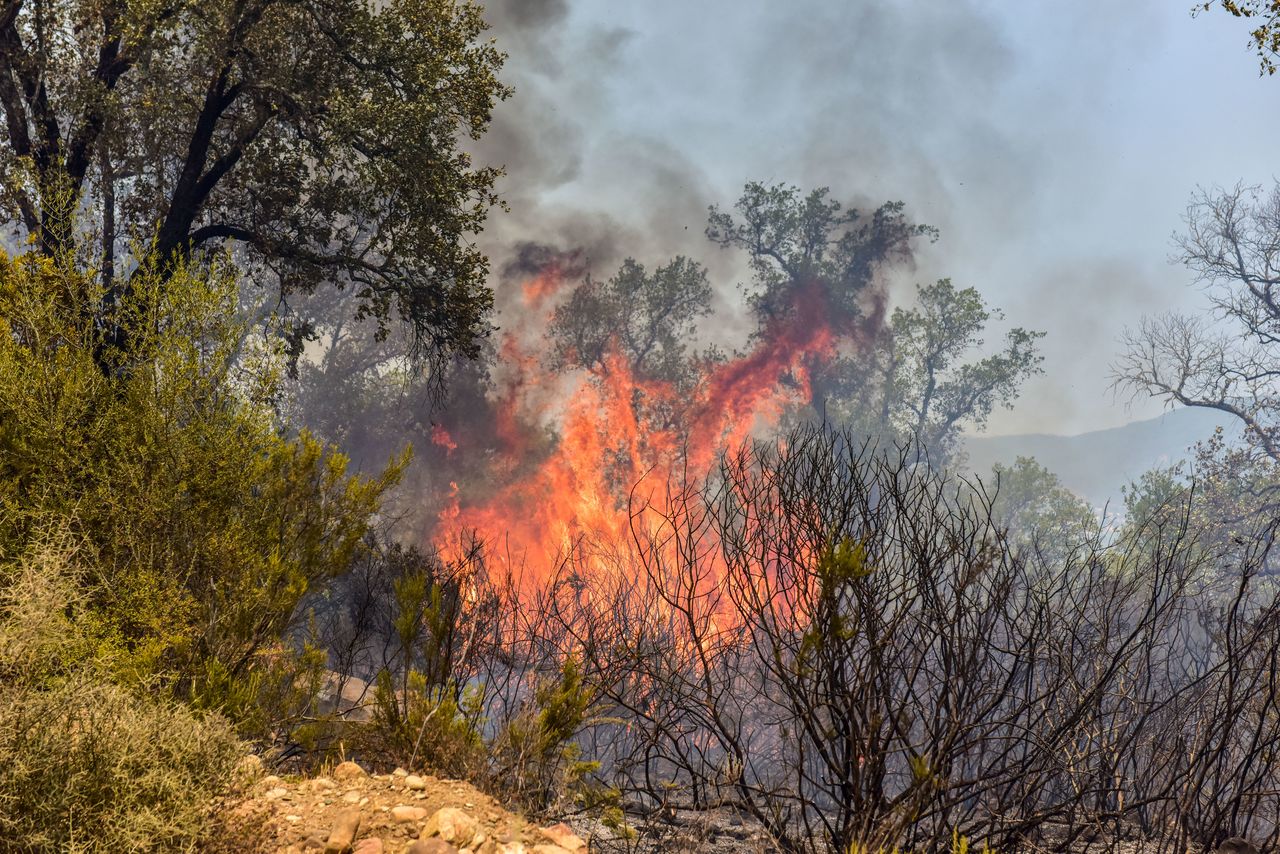 Smoke and flames rise as the forest burns in Rabat. 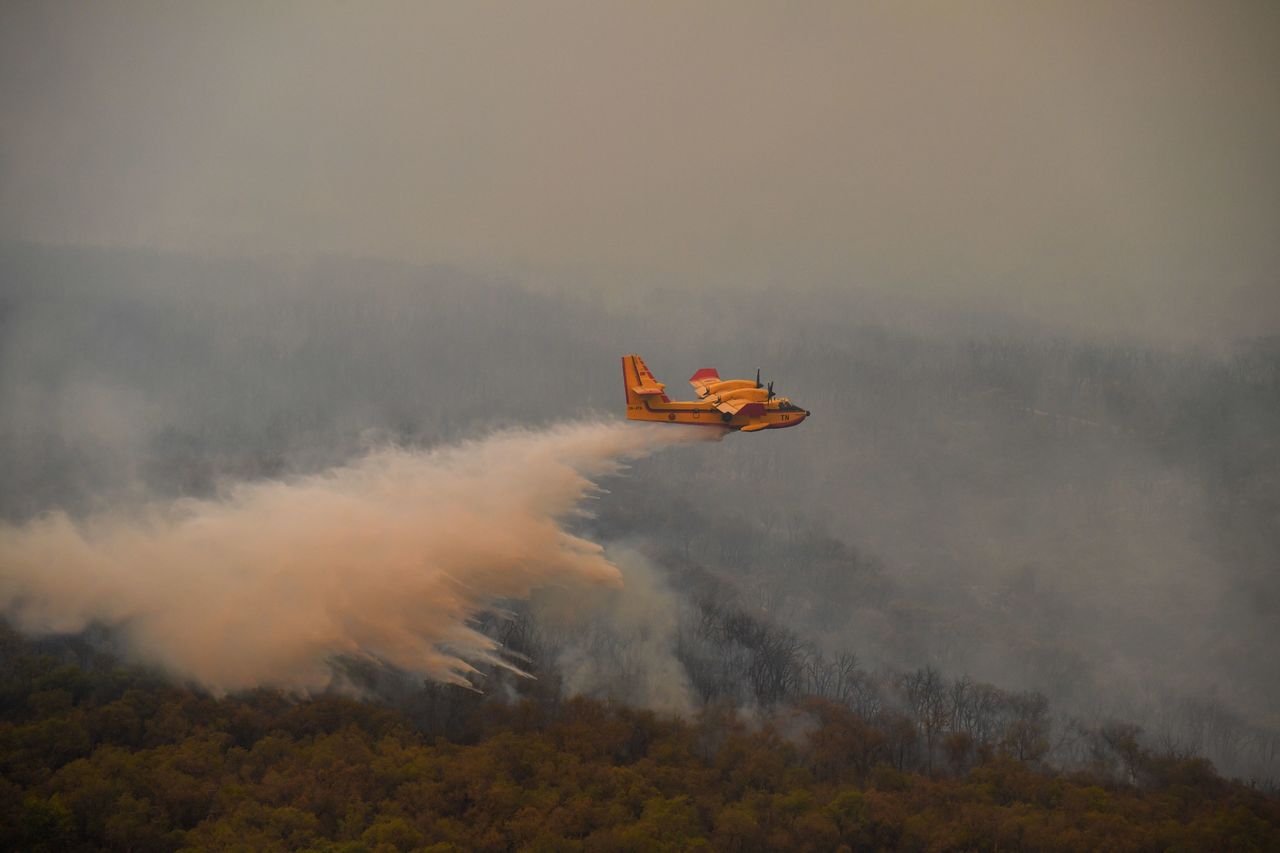 A firefighter plane releases water on a fire which broke out in Rabat. 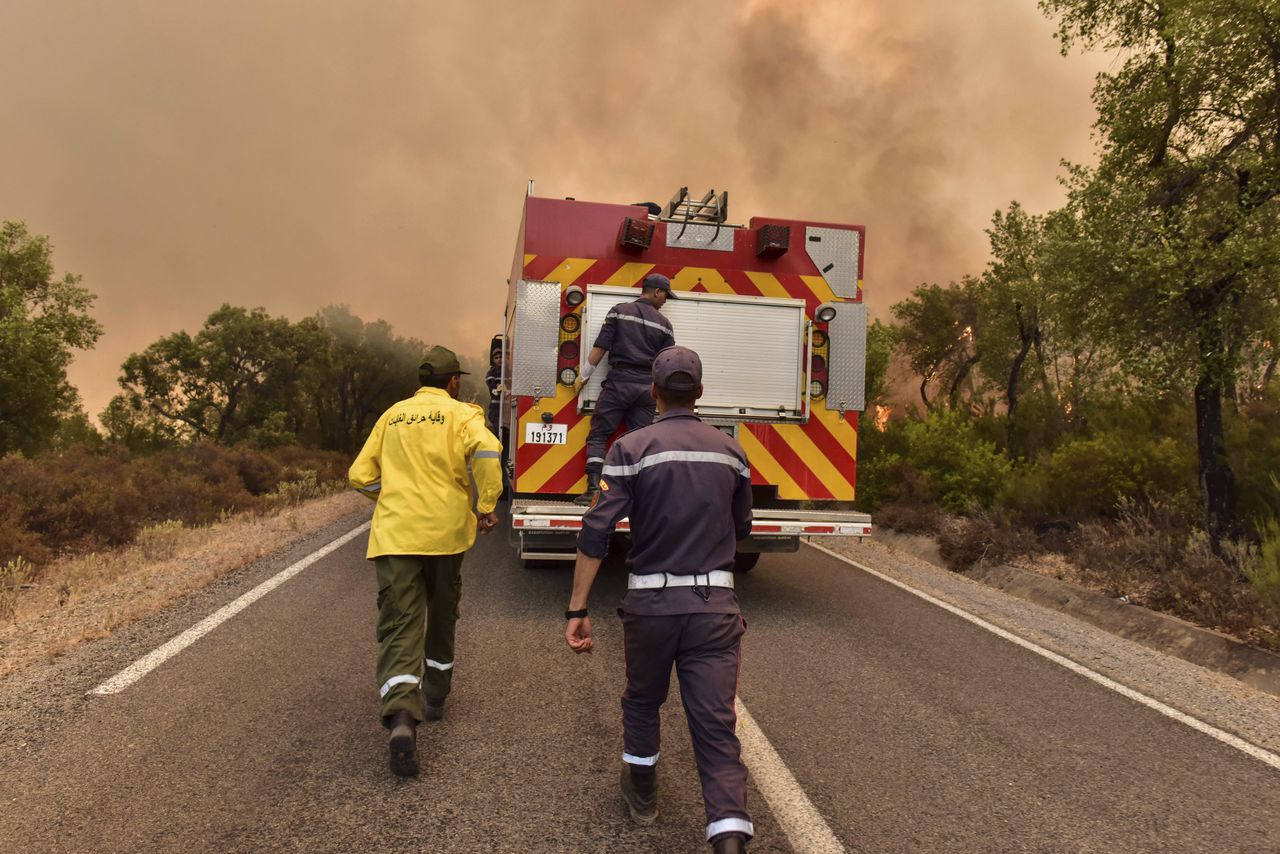 Firefighters attempt to put out wildfires in Larache. 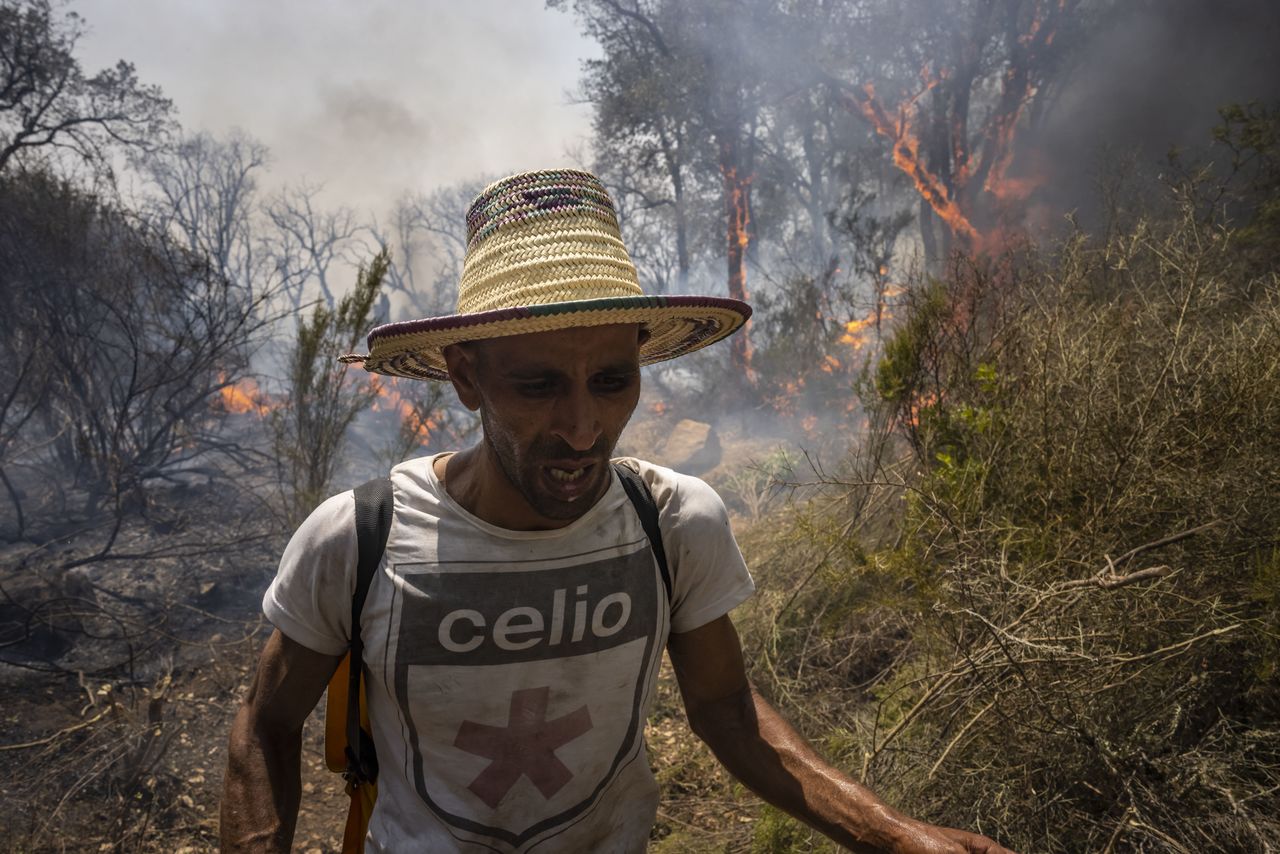 A villager leaves as a forest fire rages near Ksar el-Kebir in the Larache region. 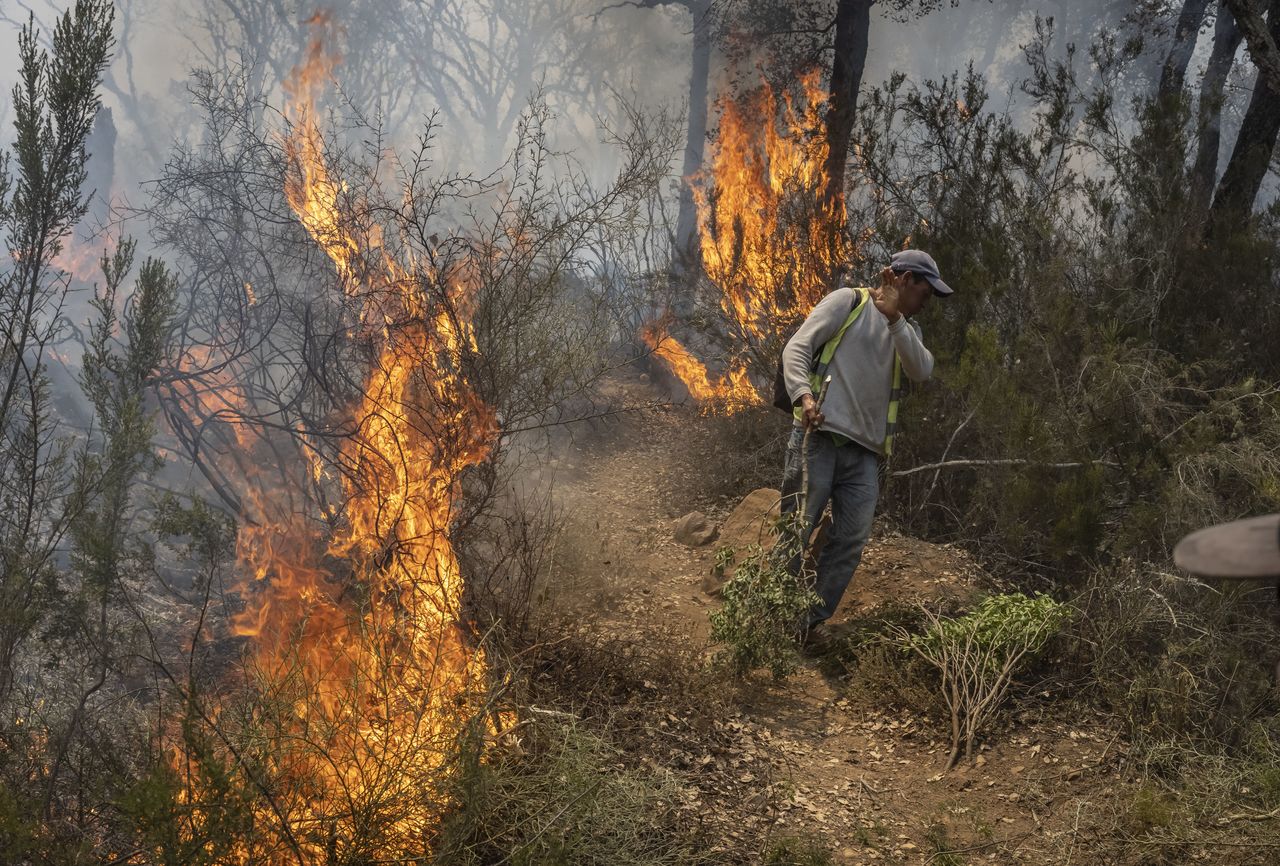 Soldiers had been sent to help fight the fires in Ksar el-Kebir. 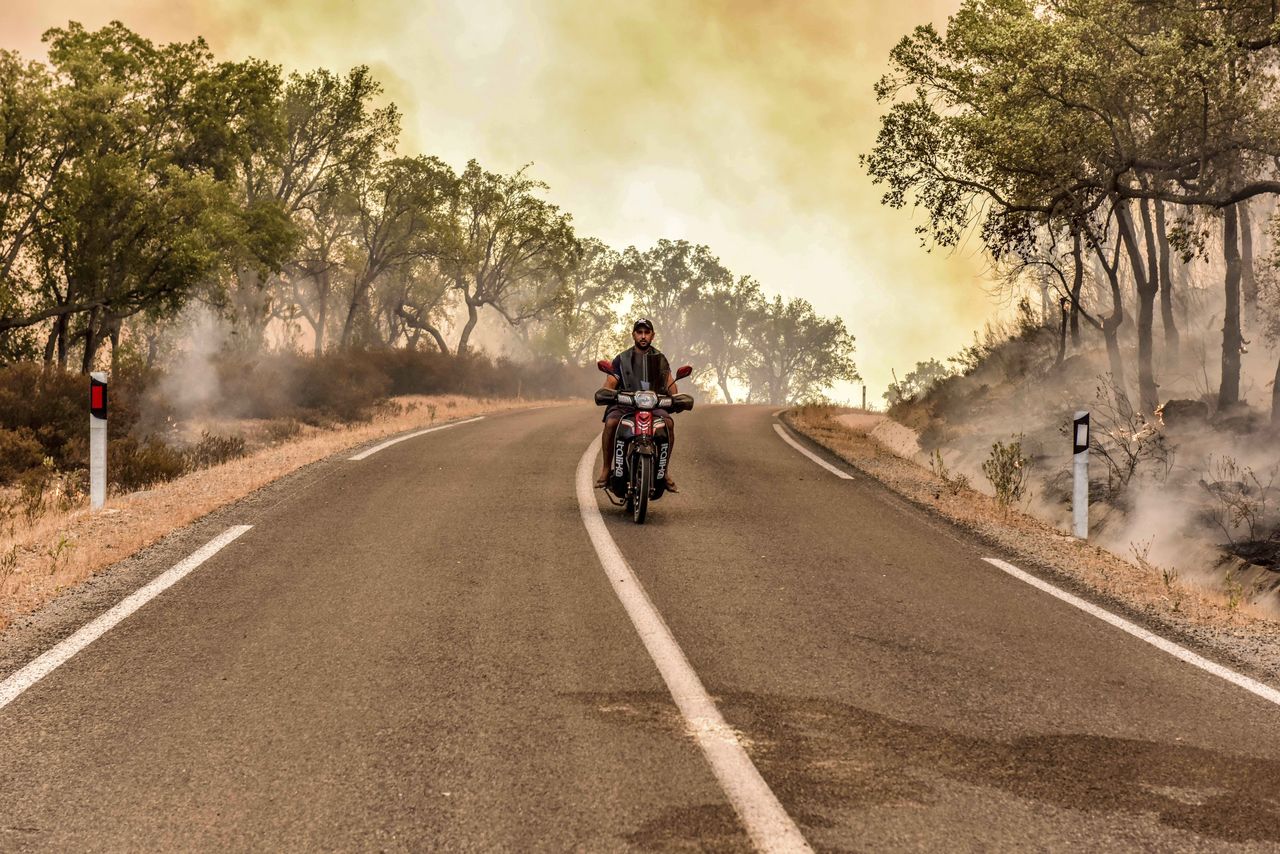 A man rides his motorcycle on a highway as a wildfire rages in Larache. 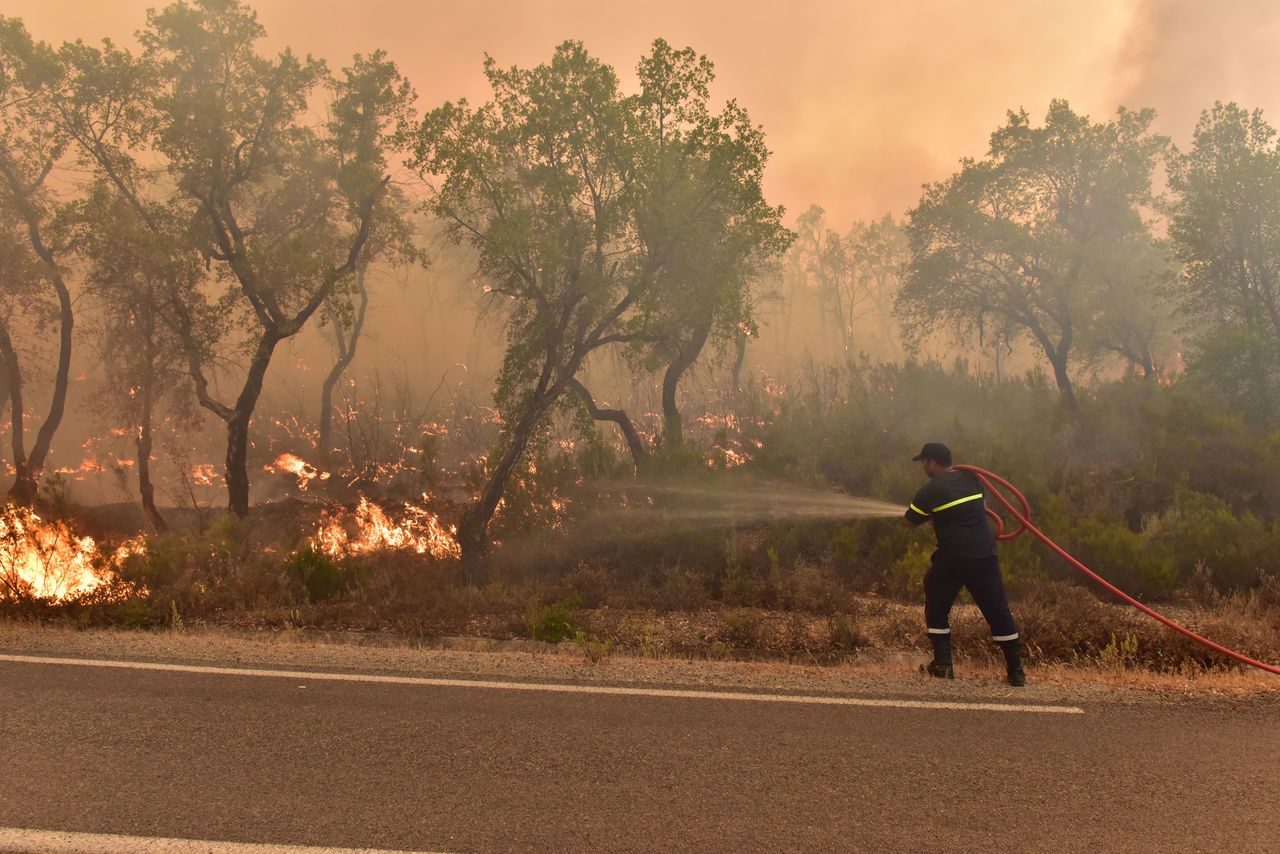 Firefighters intervene to control a wildfire in Rabat.