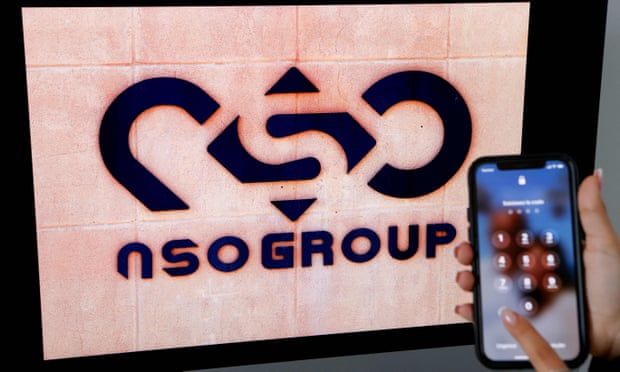 Israel blocked Ukraine from buying NSO Group’s Pegasus spyware for fear that Russian officials would be angered by the sale of the sophisticated hacking tool to a regional foe, according to people familiar with the matter.

The revelation, following a joint investigation by the Guardian and Washington Post, offers new insight into the way Israel’s relationship with Russia has at times undermined Ukraine’s offensive capabilities – and contradicted US priorities.

The Ukrainian president, Volodymyr Zelenskiy, has been critical of Israel’s stance since Russia launched its full and bloody invasion of Ukraine on 24 February, saying in a recent address before members of Israel’s Knesset that Israel would have to “give answers” on why it had not given weapons to Ukraine or applied sanctions on Russians.

People with direct knowledge of the matter say that, dating back to at least 2019, Ukrainian officials lobbied Israel to try to convince it to license the spyware tool for use by Ukraine.

But those efforts were rebuffed and NSO Group, which is regulated by the Israeli ministry of defense, was never permitted to market or sell the company’s spyware to Ukraine.

When it is successfully deployed against a target, Pegasus can be used to hack into any mobile phone and intercept phone conversations, read text messages, or view a user’s photographs. It can also be used as a remote listening device, because a government user of the spyware can use it to remotely turn a mobile phone recorder on and off.

Recent press reports, including by the Pegasus project, a media consortium that investigated NSO and included the Guardian and Washington Post, has focused on how the spyware has been used by NSO’s government clients to target journalists and human rights defenders around the world. The consortium’s reporting has also showed how, from Hungary to Saudi Arabia, sales of Pegasus were often aligned with Israeli foreign policy.

The spyware has also been used against senior government and diplomatic officials, from Spain to France to Uganda, in cases that were seen as attempts by some countries to use the tool to conduct domestic or international espionage.

NSO has said its spyware is meant to be used by government clients to target serious criminals and terrorists. It has also said it investigates serious allegations of abuse.

People with knowledge of the matter said that in most routine cases, Israel’s ministry of defense first grants NSO permission to market Pegasus to a government client and then, following a review, either allows or blocks a sale of the technology.

One senior Ukrainian intelligence official said Israel’s decision had left Ukrainian officials feeling “confused”. The official said he did not have total visibility into why Ukraine was denied access to the powerful spying tool but added that he believed the US government supported Ukraine’s efforts.

Sources close to the matter said Israel’s decision reflected a reluctance to agitate Russia, which has a close intelligence relationship with Israel. The sources said Israel feared that granting Ukraine the ability to target Russia-based mobile phone numbers through Pegasus would be viewed as an act of aggression against Russian intelligence services. 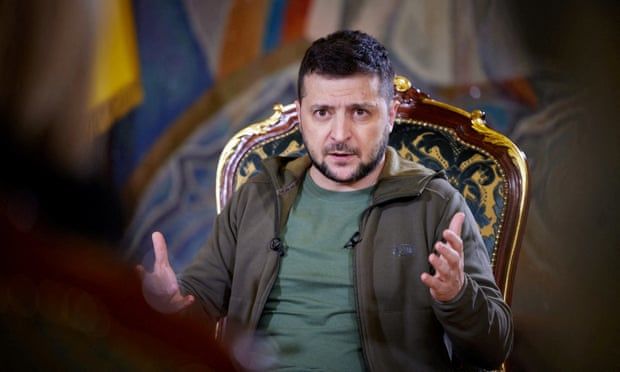 Volodomyr Zelenskiy has accused Israel of inaction over the Russia invasion.

It was not the only time one of Russia’s key regional foes had been denied some access to Pegasus. People familiar with the matter say that Estonia, a Nato member, acquired access to Pegasus in 2019 but was informed by NSO in August that year that the company would not permit Estonian officials to use the spyware against Russian targets.

In response to a detailed set of questions, NSO issued a one-line statement: “NSO continues to be subjected to inaccurate media reports regarding alleged clients, which are based on hearsay, political innuendo and untruths.”

The Israeli defense ministry on Tuesday also responded to a list of questions by issuing a statement that did not directly address most of them.

“The state of Israel regulates marketing and export of cyber products in accordance with the 2007 Defense Export Control Act,” the statement said.

It added: “Policy decisions regarding export controls take into account security and strategic considerations, which include adherence to international arrangements. As a matter of policy, the state of Israel approves the export of cyber products exclusively to governmental entities, for lawful use, and only for the purpose of preventing and investigating crime and counter terrorism, under end-use/end-user declarations provided by the acquiring government.”

Nearly a month into the war, Ukraine’s armed forces – though massively outnumbered – have surprised outside observers by containing Russian military advances, even as Russia has bombarded civilian targets and is seeking to raze the port city of Mariupol.

Ukrainian officials declined to comment on Pegasus or their overall efforts to seek powerful surveillance technology.

But Mykhailo Fedorov, a vice-prime minister who oversees digital technology for Ukraine, said: “The government of Israel is at this time not participating in any discussion or facilitation regarding offensive tech, but we have ongoing conversations with a lot of the Israeli companies in the market and they’re at various stages. But again, let me say this: we have enough capability to continue winning and we’re adding new tools, including emerging tools, every day.”

Experts say Israel has political motives to stay close to Russia, from its hopes that Moscow will refrain from signing a revival of the Iran nuclear deal, which is close to completion in Vienna, to its reliance on Russia to mount attacks on Iranian positions inside Syria.

Ukraine’s request for Pegasus was previously reported by Israel’s Channel 12.

Zelenskiy’s address to the Knesset last weekend was delivered as the government of Israel’s prime minister, Naftali Bennett, who is brokering negotiations between Russia and Ukraine, has faced criticism for adopting what is in effect a neutral stance on the war. Bennett has spoken directly to Zelenskiy and Putin while his foreign minister has met with his US counterpart, Antony Blinken.

“We ask why we’re not receiving weapons from you, why you haven’t applied sanctions on Russia, and on Russian businesses. You will need to give answers, and to be able to live with those answers,” he said in the address.