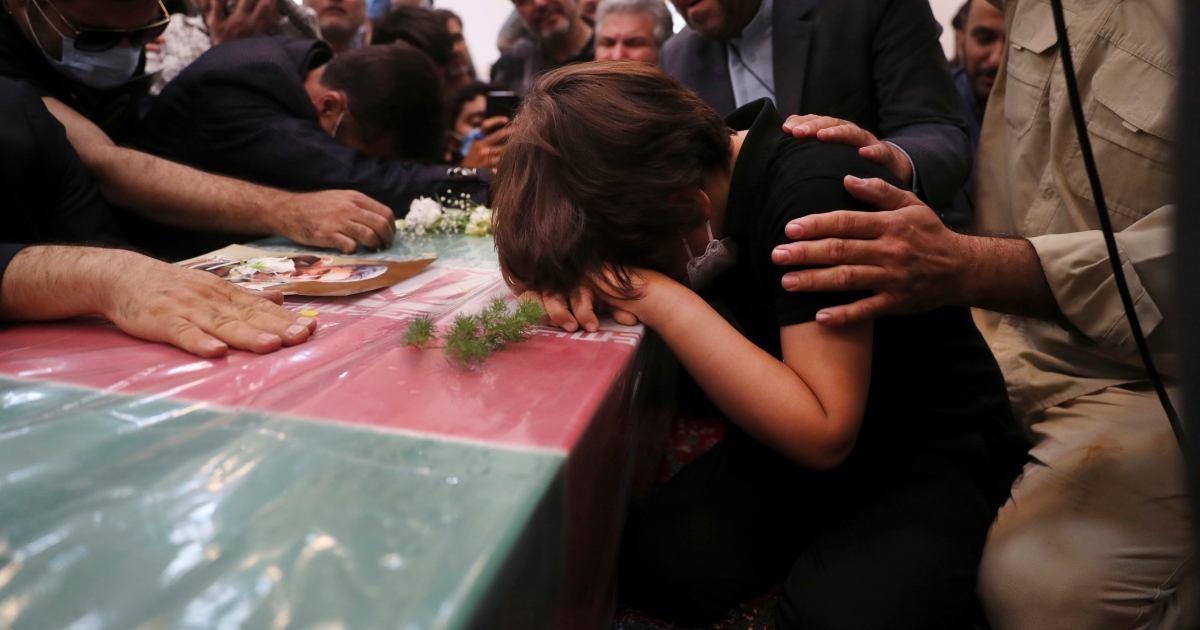 Senior Iranian officials have promised to take revenge for the assassination of a senior member of the Islamic Revolutionary Guard Corps (IRGC), as a large funeral procession was held for him in Tehran.

Hassan Sayyad Khodaei, identified as a colonel with the Quds Force, the foreign operations arm of the elite Guards, was returning home in southern Tehran on Sunday afternoon when he was killed by five gunshots fired by two assailants on a motorcycle who then fled the scene.

He was described by the IRGC as a “defender of the shrine” – a term used to describe anyone who works on behalf of Iran in Syria.

Iranian officials have so far largely refrained from directly blaming Israel, which has been accused by Iran of being responsible for several similar assassinations and attacks on nuclear facilities on Iranian soil in the past.

Instead, they have blamed “elements linked to the global arrogance” – which is a term often used to describe the United States and its allies, including Israel. 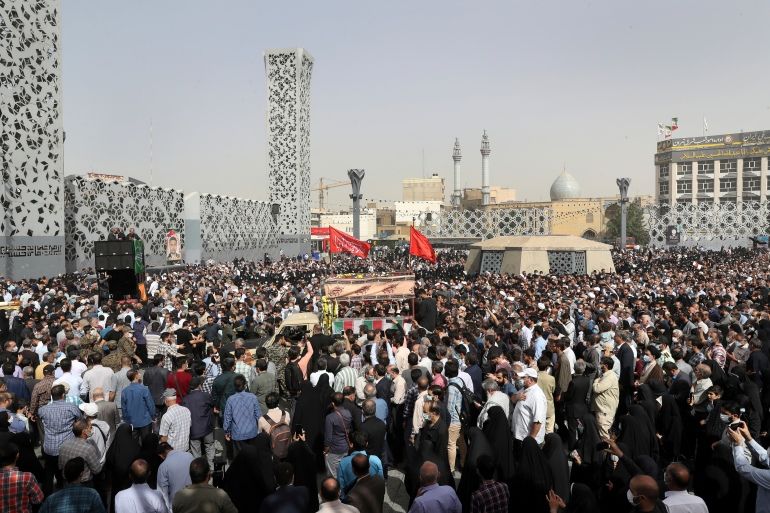 President Ebrahim Raisi on Monday directed security and intelligence forces to identify who was behind the assassination and said: “I have no doubt that revenge for the pure blood of this great martyr from the criminals is certain”.

The only official so far to directly name Israel appears to be Abdollah Haji Sadeghi, Supreme Leader Ayatollah Ali Khamenei’s representative to the IRGC, although he also named Iran’s other foes.

“We swear that we will take revenge tenfold from the Zionist regime, from the US and enemies with strength,” he told the crowds that had gathered in the capital city on Tuesday to mourn Khodaei.

State television showed thousands gathered to begin the funeral procession from the Imam Hossein square. Among them was Ismaeil Qaani, the commander-in-chief of the Quds Force, who succeeded Qassem Soleimani after he was assassinated by a US drone attack in Iraq in January 2020.

On Tuesday, Major General Mohammad Bagheri, the chief of staff of Iran’s armed forces, said all resources will be dedicated to finding those who ordered and carried out the assassination.

“The assassination of this great martyr shows the abjectness and humiliation of those who falsely claim to support human rights, and also their wretched efforts to cover up their defeats against the axis of resistance, which will certainly not go unanswered,” he said.

Hossein Salami, the commander-in-chief of the IRGC, also promised a “harsh” response that will “certainly make the enemy regret this”.

Khodaei’s killing was the most high-profile assassination inside Iran since the November 2020 murder of top nuclear scientist Mohsen Fakhrizadeh. Iran blamed Israel for Fakhrizadeh’s killing. 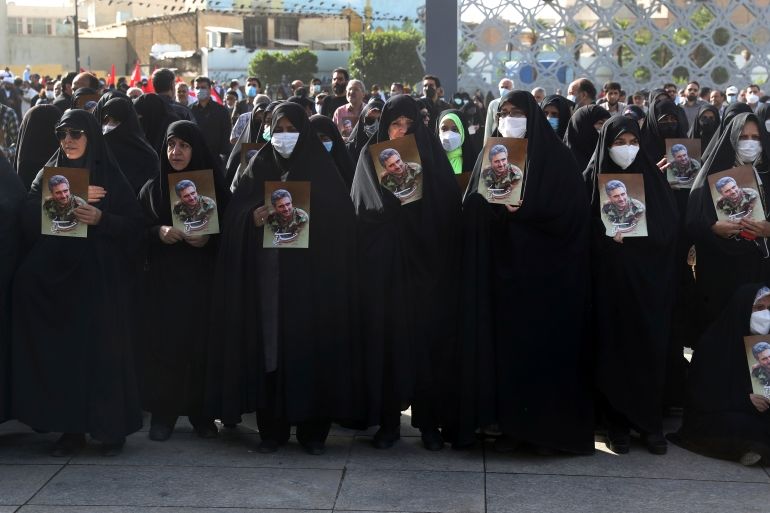 At least six Iranian scientists and academics have been killed or attacked since 2010, several by assailants riding motorcycles, in incidents believed to have targeted Iran’s nuclear programme, which Israel and the West say is aimed at producing a bomb.

Iran denies this, saying its nuclear programme has peaceful purposes and has denounced the killings of its scientists as acts of “terrorism” carried out by the Israeli Mossad with possible help from Western intelligence. Israel has declined to comment on such accusations.

But the motives behind Khodaei’s assassination remain unclear as he is believed to have been active in operations in Syria.