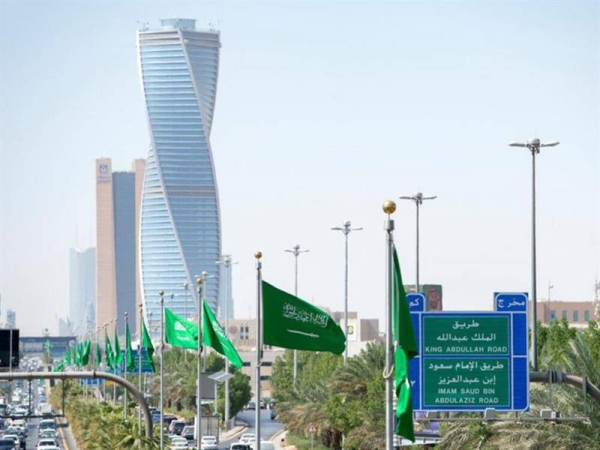 Saudis have maintained the top position of the world’s highest confidence in the economic trends of their country over the past four months.
Saudi Arabia remained the most positive on the country’s economic outlook with a 93 percent rating, up 61 percentage points, compared to a global average of 68 percent, according to Ipsos Global Advisor survey. The survey was conducted between June 24 and July 8, 2022, across 27 countries.

Saudi Arabia continued to maintain superiority over a number of major industrial countries that came in low ranks in terms of confidence, according to the Ipsos Index. The Kingdom came first in the index, which includes 27 countries, with a confidence rate of 93 percent, and a superiority of more than the world average 32 percent with 61 points, while countries such as the United States of America, Britain, France, Japan and Canada came in the second half of the index, with less than 50 percent.

In the survey, people of various countries reacted differently to major economic crises and problems faced by them such as inflation, poverty, unemployment, economy, crime, violence, or political corruption, Ipsos Index noted, while highlighting that Saudis were least concerned about most of the indicators.

The findings of Ipsos, which is the third largest research agency in the world, confirm the confidence of the Saudis in the Kingdom’s Vision 2030, and the reforms it has carried out in the structure of the Saudi economy, the labor market, investment regulations, and the creation and enactment of legislation supporting all of these reforms. The survey also noted the overwhelming support for the strong war against corruption and drying up of its sources, which led to diversify sources of income, develop investment opportunities, and provide job opportunities for male and female citizens, which was reflected in enhancing the quality of life for the citizens, residents and visitors to Saudi Arabia.

The Ipsos Index focused on many important social and political issues in 27 countries around the world. The Kingdom came first with 93 percent of Saudis’ confidence in the economic situation, with an advantage of more than 16 points over its nearest competitor, India, which ranked second with 77 percent and Sweden came third with 57 percent.

Major industrial countries came in the lower half of the index under 50 percent. Japan was the worst with only 10 percent followed by Britain 23 percent, France 24 percent, the United States of America 28 percent and Canada 38 percent.

Despite the strong inflation wave that affects all countries of the world, Saudis’ concern about it was the lowest globally by only 13 percent while the general global concern about this problem was 38 percent.

The results of the growing confidence in the Kingdom’s economic policies are an extension of previous results achieved during the past two years in a row according to the findings of the Edelman Trust Barometer, powered by Edelman Data & Intelligence.

According to this survey, Saudi Arabia maintained the top spot in the index covering 28 countries around the world in 2021, with an increase in confidence in the performance of the Kingdom’s government from 78 percent in January 2020 to 82 percent in January 2021, adding to its credit four percent points that qualified it to be in the forefront of the countries included in the index as the highest government in the world with confidence in its performance.