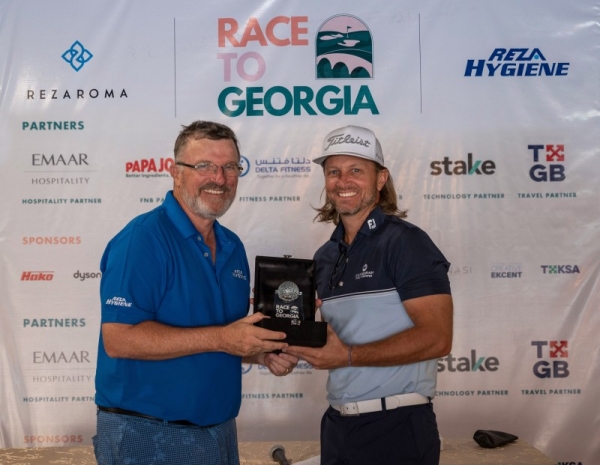 First KSA qualifier for 'Race to Georgia' held in Riyadh

The first KSA qualifier for the “Race to Georgia” regional amateur golf series powered by Reza Hygiene, was held at Dirab Golf & Country Club, outside Riyadh, on Saturday 22nd.

A field of 86 players were competing for two qualifier positions to go to the Grand Regional Finale to be held on 25thFebruary 2023 at The Montgomerie Golf Club, Dubai.

Two winners from the Grand Regional Finale will qualify to play in the world finals to be played in Georgia, USA during April’s ‘Masters week’, with the opportunity to attend the Major golf tournament as patrons.

Haydar Alireza, Reza Group Managing Director, said at the event, “This was our first event to kick off the Race To Georgia series, and it was obvious from all players, male & female, that this competition and the ultimate prize, was something very special. I was delighted to see so many Saudi Golfers competing, and a testament to the Golf Saudi’s goal of growing the game, and this on the same day that leading Saudi amateur, Saud Al Sharif won the men’s Jordan Open Golf Championship, a great achievement. The support we received from the Golf Saudi operations team at the Dirab course was truly first class.”

Upcoming qualifier events in the region can be seen on www.race2georgia.com