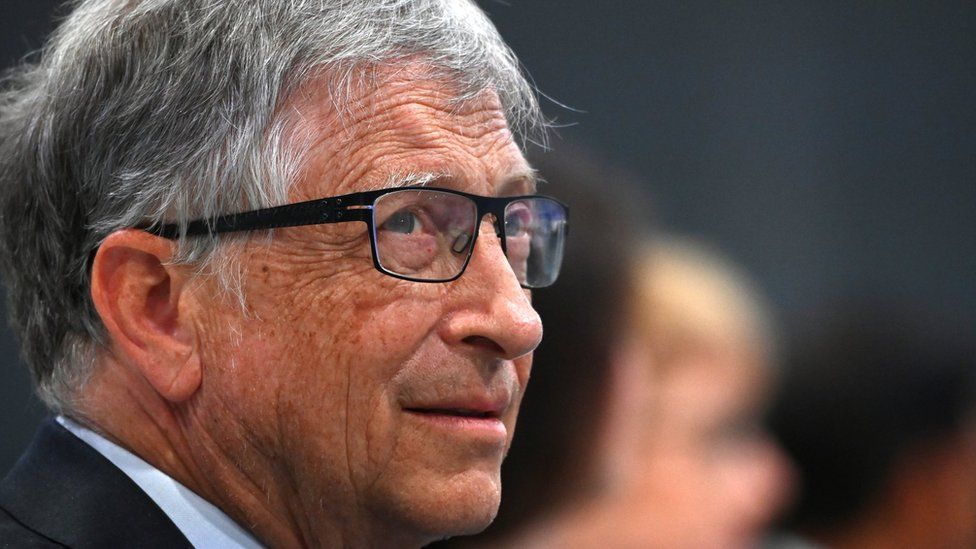 In a wide-ranging interview with the BBC's Today programme, Bill Gates says conspiracy theories about him are "crazy" and that being shouted at in public is "awful". He also told the BBC's Mishal Husain that meeting Jeffrey Epstein was a "mistake" and talks about Elon Musk's recent public criticism of him.

Bill Gates used to be the world's richest person. That title is now held by Elon Musk. The two men, however, don't get on.

"There's no need for him to be nice to me," Mr Gates says.

Asked specifically about whether he had bet against Tesla, Mr Gates replied: "That has nothing to do with climate change. I have ways of diversifying."

He pushed back against the idea that shorting Tesla was environmentally damaging.

"The popularity of electric cars will lead to more competition for selling those cars. So there's a difference between electric cars being adopted, and companies becoming infinitely valuable."

Mr Musk has recently had a bid to buy Twitter accepted by the company's board.

Asked what he made of the deal, Mr Gates said: "You know, Elon, I guess it's possible Twitter could be worse. But it also could be better… So I have a wait and see attitude."

Mr Gates has a particular interest in social media, not because that's how he made his billions, but because he has become a focus of conspiracy theories.

He has long been an advocate of vaccines - and has pumped billions into inoculation programmes around the world.

That prominence has made him the subject of bizarre and unfounded claims that he is trying to track people through the jabs. Many of the theories have been promoted on social media platforms, and took off during the pandemic.

"In some ways, you almost have to laugh because it's so crazy," he says.

"I mean, do I really want to track people? You know, I spend billions on vaccines, I don't make money on vaccines, vaccines save lives."

Mr Gates also said he'd been shouted at by conspiracy theorists on the street. 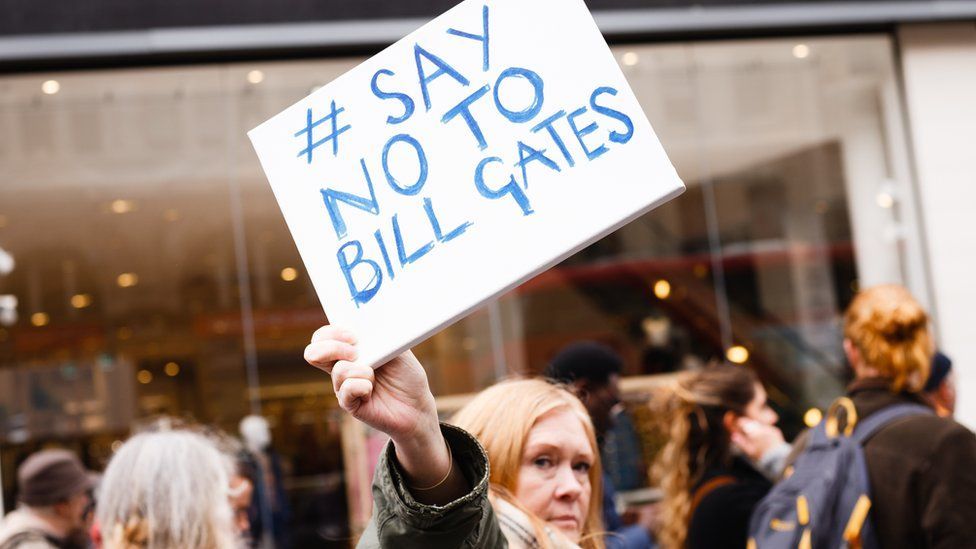 An anti-lockdown activist in London

"Only recently I've been out in public, [and] some people yell at me that I'm tracking them. And that, that's an awful thing."

Mr Gates and his wife Melinda French Gates announced that they were getting a divorce last year. The couple set up the Bill & Melinda Gates Foundation - one of the largest charitable organisations in the world - and had been married for 27 years.

"My life is very different. My kids are gone from the house, the last one left for college a year ago. The divorce is very hard. It was a tough year," he says.

The marriage ended with reports that Mr Gates had had an extra-marital affair. In March Melinda Gates also said that she questioned why he had held meetings with disgraced financier and convicted sex offender Jeffrey Epstein.

"I did not like that he had meetings with Jeffrey Epstein, no. I made that clear to him", she told CBS in March.

Asked about the meetings, Mr Gates described talking with Epstein as a "mistake".

"I made a mistake ever meeting with Jeffrey Epstein. You know, maybe her [Melinda's] instincts on that were keener than mine.

"Any meeting I had with him could be viewed as almost condoning his evil behaviour. So, that was a mistake."