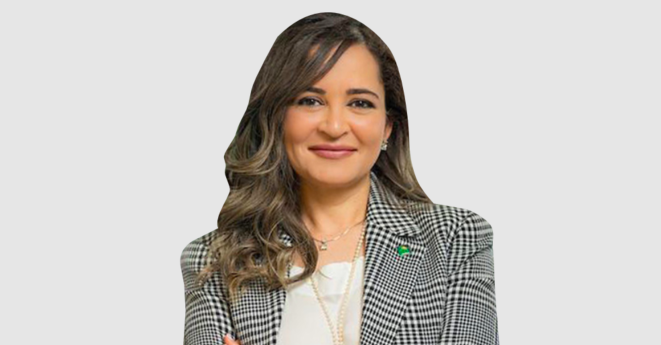 Sheila Al-Rowaily, who worked as a financier with Saudi Aramco, has become the first woman to join the board of directors of Saudi Central Bank.

The bank, also known as SAMA, confirmed the appointment in a statement, citing a royal decree.

Al-Rowaily is the CEO of Wisayah Investment Co. since 2019, and is also a board member of Saudi Aramco Power Co. and Hassana Investment Co.

She led many innovative projects for Saudi Aramco, including the creation of Wisayah, which invests Saudi Aramco Group Companies’ pension funds, defined contribution funds and other long-term investment portfolios.

According to London based economist Mohamed Ramady, Al-Rowaily's appointment to the SAMA Board should not come as a surprise to all those who knew and worked with her.

“She has a polite and unassuming character that belied her quick grasp of key issues and long-term implications for Aramco investment decisions demonstrated many times during meetings with her to discuss investment and treasury products, and one came away having learned from her,” he said.

Al-Rowaily joined Saudi Aramco in 1998 as a money market trader, and from July 2005 to June 2006 she worked as a financial analyst in Dhahran. Al-Rowaily moved to Houston, Texas in July 2006 and worked there until December 2007 as treasurer.

She returned to Dhahran in January 2008 and worked as head of portfolio management at Aramco until January 2009.

From February 2009 to January 2019, Al-Rowaily worked as director of the investment management department at Aramco.

Al-Rowaily earned a Sloan Fellowship for MBA in business from MIT Sloan School of Management in 2017-2018.

She obtained a bachelor’s degree in interior architecture from King Faisal University and then earned an MBA in finance from American University of Beirut in 1997.

Following the announcement, Saudi Central Bank confirmed Al-Rowaily would be stepping down from its board.

*  Al-Rowaily has been selected as part of Hart Energy’s 2021 class of 25 Influential Women in Energy.


*  The recognition highlights the achievements of women who had an impact on global oil and gas sectors. 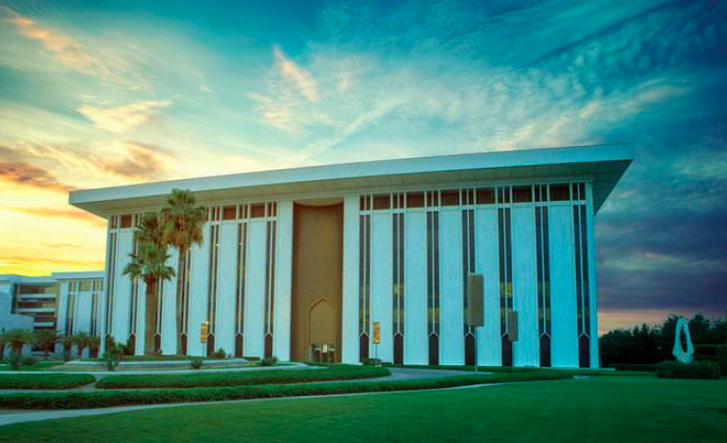 Based in Riyadh, SAMA was founded in 1952 as the Kingdom’s central money and banking authority.

It regulates commercial and development lenders and other financial institutions in Saudi Arabia. The bank’s assets currently stand at $490 billion, according to the Sovereign Wealth Fund Institute.

Chaired by Fahad Abdullah Al-Mubarak, SAMA currently has a total of five members on its board of directors.

Along with Sheila Al-Rowaily, the latest decree included the approval for appointing Hamad Al-Sayyari, Khaled Al-Juffali, Rashed Al-Humaid and Abdullah Hasan Al-Abdulqader, as members of the board of directors.

In recent years, Saudi Arabia’s Vision 2030 has focused on women’s empowerment and workforce, with efforts directed towards increasing female employment in diplomatic and governmental services.

Women joining the workforce in Saudi Arabia has been a key development of the Kingdom’s Vision 2030 social and economic reforms, which has seen their participation jump from 19 percent in 2016 to 33 percent last year.

“In the Kingdom, females have assumed senior financial roles as bank CEO’s, and as Capital Market Executives as part of Saudi Arabia’s efforts to ensure a more level playing field for qualified females in top positions,” Ramady said.

“It will not be surprising to see a Saudi female Central Bank governor in the not too distant future given their capability,” he added. 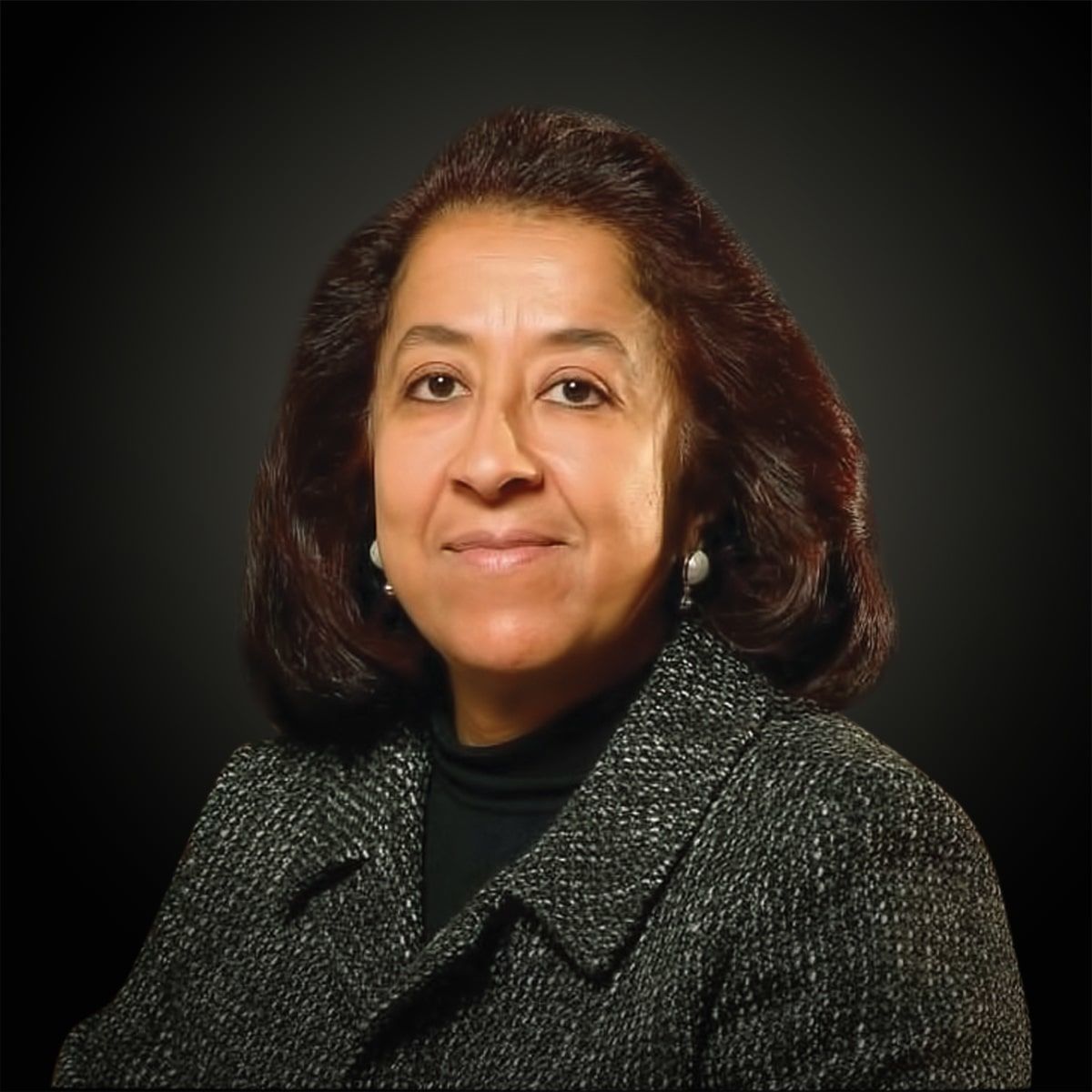 *  Sarah Al-Suhaimi is chair of Tadawul, the Saudi stock exchange


*  Reema bint Bandar is Saudi Arabia’s ambassador to the US


*  Leila bint Hamad Al-Kassem is the first woman appointed as undersecretary for planning and digital transformation by the Saudi Islamic minister.


*  Lubna Olayan is chair of the Saudi British Bank


*  Rania Nashar is a former CEO of the Samba Financial Group.

Women of the world’s central banks

“The appointment of Saudi Arabia’s first female Central Bank Board member is a major step for such central bank diversity worldwide based on merit and not token gender,” Mohamed Ramady said.

Efforts are under way at central banks worldwide to improve gender diversity with 15 of the world’s central banks having female governors, including five Latin American countries. In addition to Russia, Malaysia and Christine Lagarde, the President of the European Central Bank, he added.

Ramady pointed out that it has taken many years for the US Federal Reserve to have a first female chair the central bank — Janet Yellen — but there are now three female board members.

Yet much remains to be done in what has traditionally been a male-dominated sector, especially in the Gulf, as Bahrain was the first to appoint a female central bank board member, he said.

*  Russia: Elvira Nabiullina is the current head of the Central Bank of Russia, she was appointed in June 2013 and in 2017 her powers were renewed for the next five-year term.


*  Thailand: Tarisa Watanagase is the former governor of the Bank of Thailand, she served from 2006 to 2010.


*  South Africa: Gill Marcus is the former governor of the South African Reserve Bank, she is the ninth person and the first woman to hold the position. She served from 2009 to 2014.