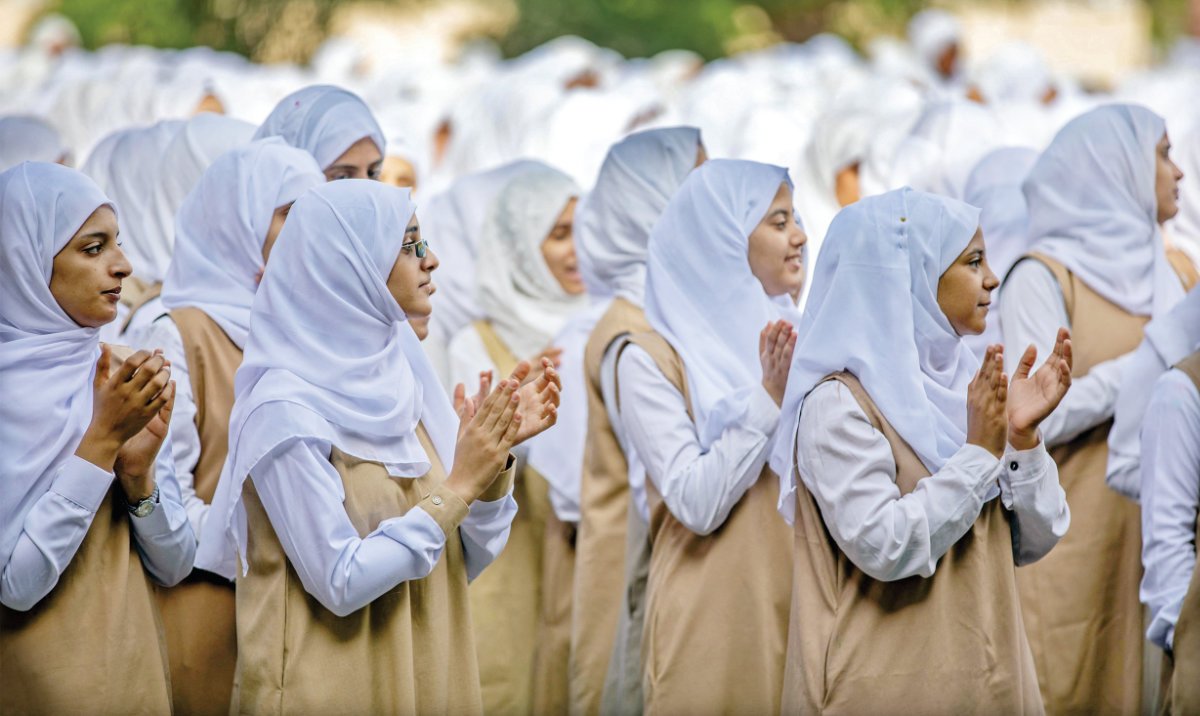 A high school in Houthi-held Sanaa has expelled a student for refusing to recite the militia’s slogan, the student’s father said, a decision that has sparked outrage in Yemen and prompted an overwhelming show of support for the family.
Farouq Jaber claimed that the principal of an unnamed high school in Sanaa expelled his daughter Taghred for refusing to chant the Houthi slogan before morning lines, even though she was an excellent student.

The Houthis have recently issued a circular ordering that their slogan “Death to America! Death to Israel! A curse upon the Jews! Victory for Islam!” be chanted in primary and secondary schools during early morning activities, claiming the move was intended to challenge the US and Israel while also instilling religious values in students.

Jaber said that his daughter had previously refused to chant other sectarian slogans during religious occasions and declined his request not to challenge the principle.

“She said, ‘I am not convinced, and I will not (recite the slogan), even if they prevent me from studying,’” the father said on Facebook, adding that his daughter stood firm despite her teacher’s efforts to persuade her otherwise.

Yemenis slammed the Houthis for attempting to impose their ideologies on students and expressed support for the girl in response to the father’s post, which received hundreds of likes and was widely shared on social media.

Outspoken writer and former Yemeni Culture Minister Khaled Al-Ruwaishan urged the Houthis to reverse their decision to ask students and worshipers at schools and mosques to chant their slogan, stating that many people in Sanaa boycotted mosques on Fridays to avoid reciting the slogans.

“This is a foolish and disastrous decision! Expulsion of a student is equivalent to giving an innocent student the death penalty,” Al-Ruwaishan said.

“You must back off and refrain from starting a fire in a country where there are already a lot of fires.”

Some Yemenis even suggested starting a fundraising campaign to cover the dismissed student’s tuition at a private school so that she could return to class.

“A heroic attitude from a child full of pride. This girl represents us all,” Ahmed Al-Ashwal, a Yemeni Air Force pilot, wrote on Facebook.
#Facebook