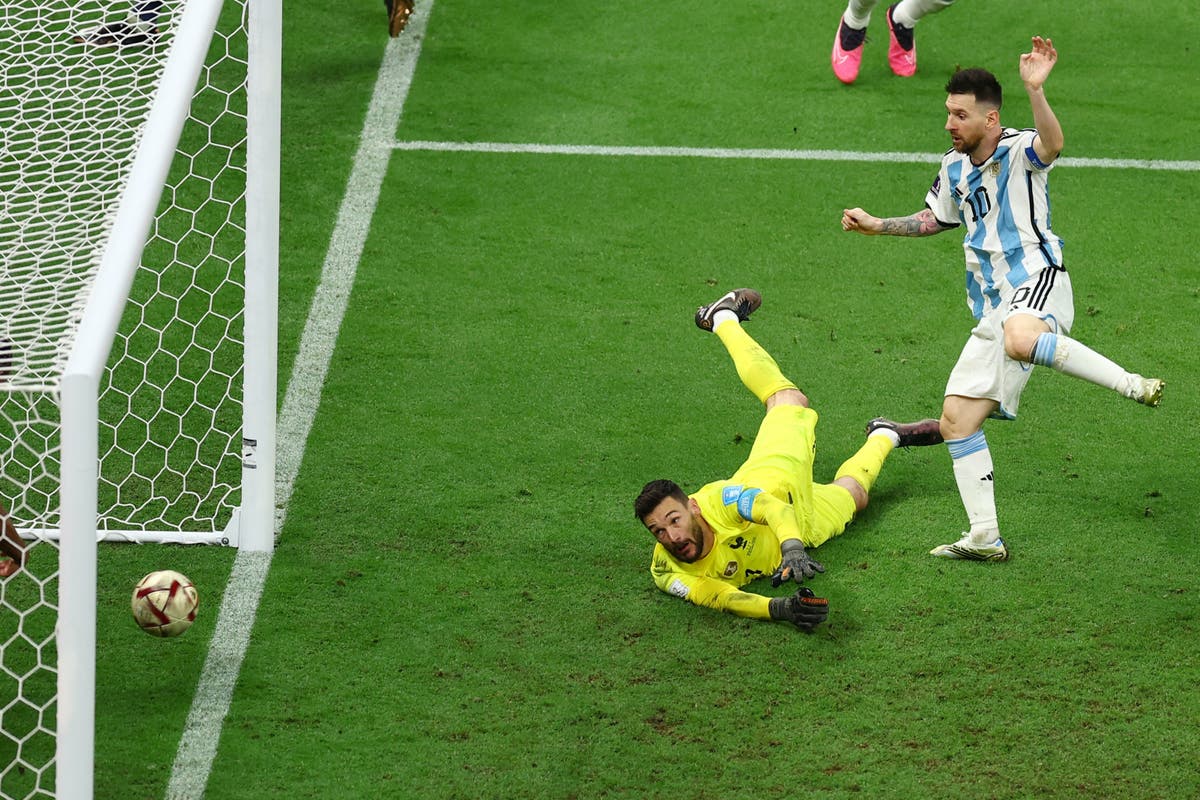 Lionel Messi and Argentina are celebrating a dramatic World Cup final win, but it has been suggested in the French press that their goal in extra time should have been disallowed.
France failed to turn up for the first 70 minutes of Sunday’s final as Argentina eased into a 2-0 lead, Messi putting his country in front from the penalty spot before Angel Di Maria finished off a brilliant counter-attack before the break.

Kylian Mbappe dragged Les Blues back into it though, scoring twice in the space of 97 seconds in a remarkable spell to send the match to extra time.

Messi put Argentina in front once again, when Lautaro Martinez’s effort was parried out by Hugo Lloris and the 35-year-old just about got enough on the rebound for the ball to cross the line before Jules Kounde hacked it away.

However, L’Equipe claim that two Argentina substitutes on the touchline had already moved onto the pitch in celebration before Messi provided the finish, and therefore the goal should not have stood.

The publication wrote: “The goal is not valid, if we strictly apply the rules. When Messi volleys off Hugo Lloris’ save, some emotionally charged Argentine substitutes are already on the pitch, ready to celebrate. Which is strictly prohibited.”

Law 3, paragraph 9 of the Fifa Laws of Football states: “If, after a goal is scored, the referee becomes aware before play resumes that an additional person was on the pitch at the time the goal was scored: the referee must disallow the goal if the extra person was: a player, substitute, substituted player, sent off player or official of the team who scored the goal.

“Play must be restarted with a direct free kick from the place where the extra person was.”

The goal stood, after a brief VAR check, though France did still find time to draw themselves level as Mbappe scored his second penalty of the match to bring up his hat-trick with two of the 120 minutes remaining.

That sent the final to a shootout, where Kingsley Coman and Aurelian Tchouameni were unable to score and that left Gonzalo Montiel to win the World Cup for Argentina.