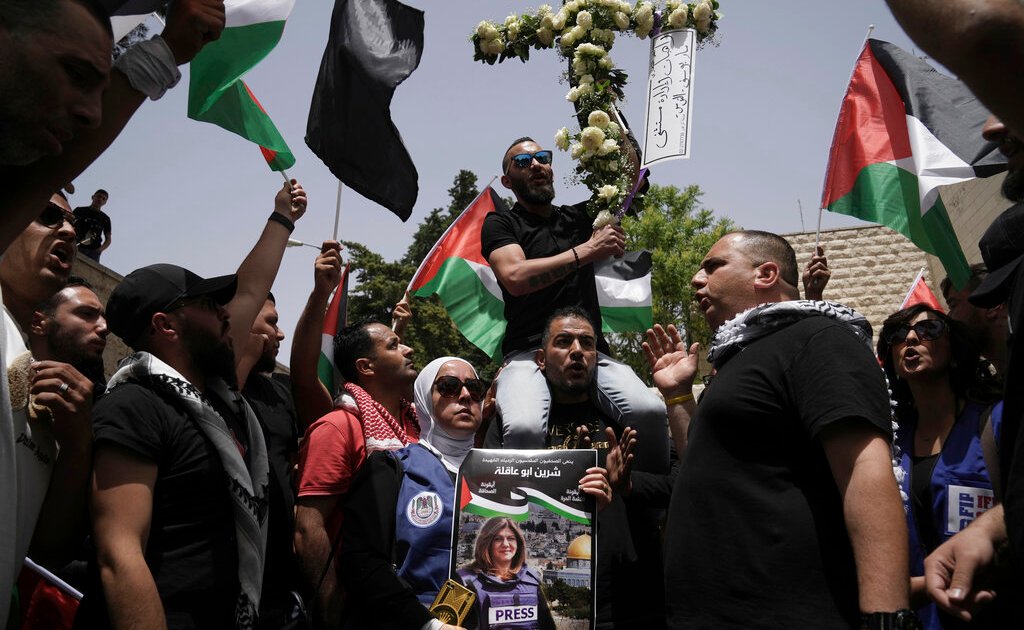 The US State Department has renewed calls for a “thorough and transparent” investigation into the killing of Al Jazeera journalist Shireen Abu Akleh, who was fatally shot by Israeli forces last week, but stopped short of calling for an independent probe.

A day after the Israeli military said it will not launch a criminal inquiry into the incident, State Department spokesperson Ned Price said on Friday that Washington continues to call for a meaningful probe that will lead to accountability.

“Again, we’ve been clear that there must be a transparent and credible investigation of Ms. Abu Akleh’s killing and that any such investigation must include accountability,” he said.

The slain journalist was a US citizen.

Price did not address Israel’s refusal to conduct such an investigation. Last week, he said the Israeli government has the “wherewithal and the capabilities to conduct a thorough, comprehensive investigation” into the killing of Abu Akleh.

The administration of President Joe Biden had condemned the fatal shooting, but its expressed trust in an Israeli investigation into what happened has sparked anger and demands for an independent or US-led probe.

Earlier on Friday, 57 members of Congress sent a letter to Secretary of State Antony Blinken and FBI Director Christopher Wray urging US involvement in the investigation.

Signatories to the letter – all Democrats – include some vocal supporters of Israel as well as members of the progressive wing of the party.

“Given the tenuous situation in the region and the conflicting reports surrounding the death of Ms. Abu Akleh, we request the State Department and the Federal Bureau of Investigation (FBI) launch an investigation into Ms. Abu Akleh’s death,” the letter reads.

“We also request the US Department of State determines whether any US laws protecting Ms. Abu Akleh, an American citizen, were violated.

“As an American, Ms. Abu Akleh was entitled to the full protections afforded to US citizens living abroad.”

The Pentagon on Friday appeared to rule out the US military’s participation in any investigation into the killing, saying that there is no indication of a need for such involvement.

US Secretary of Defense Lloyd Austin met with his Israeli counterpart Benny Gantz on Thursday, and a Pentagon readout describing their talks did not make any mention of Abu Akleh.

“The secretary [Austin] brought up the issue and they discussed it, and he welcomed the Israeli government’s willingness to investigate,” Pentagon spokesman John Kirby said on Friday, more than 24 hours after the Israeli military said it will not pursue a criminal investigation into the incident.

The killing of Abu Akleh in Jenin in the occupied West Bank has reignited calls for reassessing US military aid to Israel.

The Al Jazeera journalist is the second American citizen to be killed by Israeli forces this year. In January, 78-year-old Omar Assad suffered a stress-induced heart attack after he was arbitrarily arrested, bound, blindfolded and gagged by Israeli forces.

Israel receives $3.8bn in US military aid annually, and this year Washington added another $1bn in assistance to “replenish” Israel’s Iron Dome missile defence system after the May 2021 Gaza conflict.

Late on Thursday, progressive Congresswoman Alexandria Ocasio-Cortez said US assistance should not fund human rights violations anywhere, including in Palestine.

“It’s really important for us to have eyes on what happened with Shireen Abu Akleh in Palestine. She was killed by Israeli forces – a venerated journalist, a US citizen,” Ocasio-Cortez said in a video broadcast on social media.

The congresswoman rejected accusations of singling out Israel for criticism, highlighting the role of US aid in the conflict.

“We can’t even get health care in the United States, and we’re funding this,” she said of rights abuses against Palestinians. “There has to be some sort of line that we draw; it has to stop at some point.”