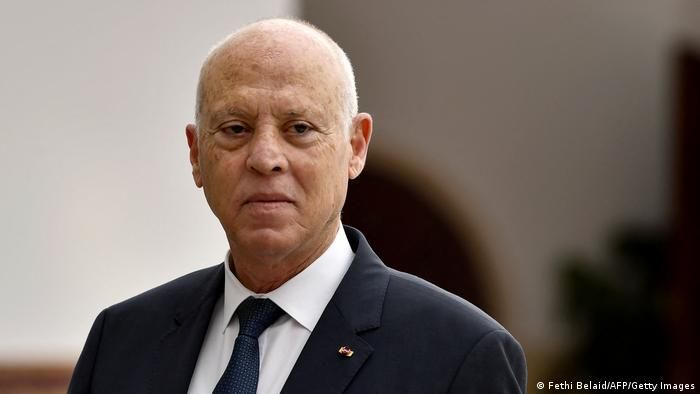 Tunisian President Kais Saied on Wednesday announced that he was dissolving the suspended parliament.

The decision came after 124 of 217 members of parliament held an online meeting despite the suspension.

Some 116 lawmakers in the session voted against the "exceptional measures" Saied has used since July to tighten his grip on power, deputy speaker Tarek Ftiti said.

What did Tunisian authorities say about the meeting?

Following a meeting with national security chiefs, Saied said his decision was to "protect the state and the people of Tunisia" from an "unprecedented failed coup attempt."

Tunisia's justice minister asked the country's attorney general to open a judicial investigation against members of the now-dissolved parliament for "conspiring against state security."

The president said the parliament has "lost its legitimacy" after convening, accusing lawmakers of "conspiring" against Tunisian institutions.

"We must protect the state from division ... We will not allow the abusers to continue their aggression against the state," he said.

Saied, a former law professor, cited Article 72 of the Tunisian constitution in announcing his decision.

How did the political crisis start?

Tunisia became a democracy in 2011 after the ousting of Zine El Abidine Ben Ali. Since then, the conservative Ennahdha party has been the largest party in parliament, but its support has waned in recent years.

Saied, a political independent, was elected president in 2019 after a campaign where he promised to tackle corruption and clean up Tunisian politics.

Mechichi's government was the third Cabinet to come to power in less than a year, as Tunisia's divided parliament struggled to form governments.

The coronavirus pandemic and economic downturn have led to one of Tunisia's deepest recessions since 1956, as the country wrangles with a high unemployment rate and sovereign debt of more than 100% of GDP. In November 2021, Tunisia officially renewed a request for a loan from the International Monetary Fund.

Tunisia's economic woes have been intensified by the war in wheat-exporting Ukraine, which has caused food prices to soar.