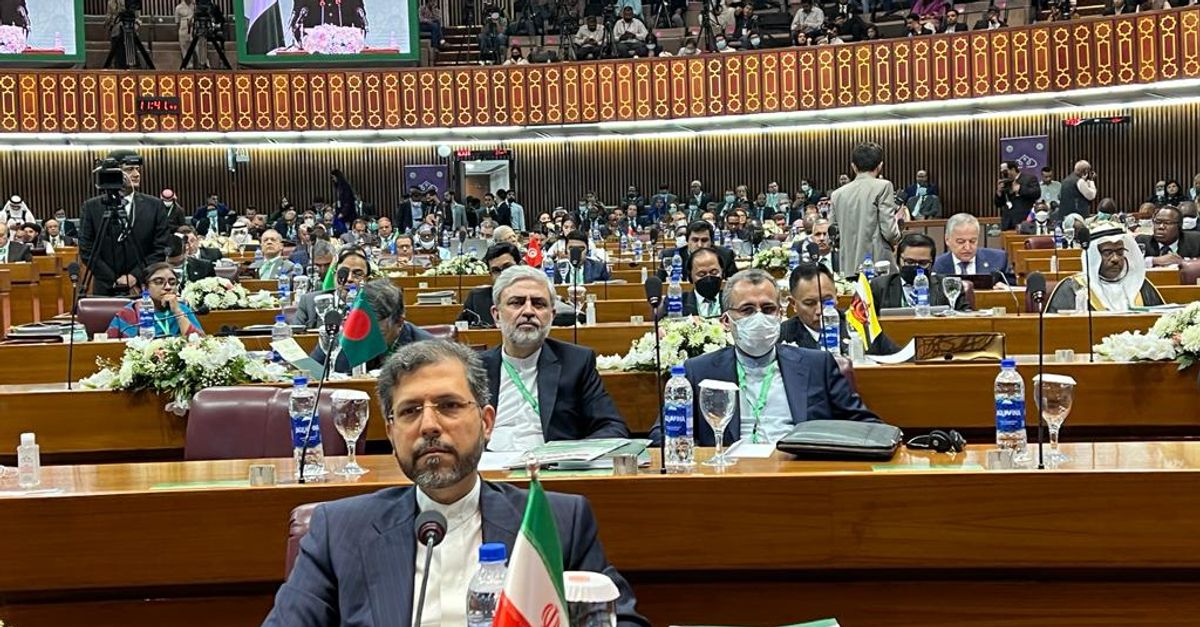 Iran’s Foreign Ministry spokesman attending an Islamic gathering on Tuesday has said improving Tehran-Riyadh relations would benefit all regional countries.
In an interview with IRNA Tuesday in Pakistan’s capital Islamabad at the 48th session of the Council of Foreign Ministers of the Organization of Islamic Cooperation (OIC), Saeed Khatibzadeh said that the OIC was one platform that could facilitate Iran-Saudi relations within the context of unity among Muslim nations.

Iranian President Ebrahim Raisi (Raeesi), who took office last August, has stressed the importance of improving relations with neighbors, and Tehran has conducted four rounds of talks with Riyadh facilitated by Iraq. Diplomatic relations were severed in 2016 after Tehran protestors attacked the Saudi embassy following the execution of Shia cleric Nimr al-Nimr.

Earlier this month Iran suspended the talks a day after Saudi Arabia announced it had beheaded 81 men, including seven Yemenis and a Syrian, for “heinous crimes.” Forty one were Saudi Shiites, Human Rights Watch reported, apparently convicted over protests.

Khatibzadeh welcomed Iran’s renewed participation in OIC since it reopened its representative office in Jeddah, the OIC base, in February. With 57 member states, the OIC represents around a quarter of the world’s population. Iran’s trade with OIC countries was reportedly $42 billion in the first ten months of the last Iranian year, ending January 20.

"From Yemen to Afghanistan, the Islamic world's unity is the key to address the crises,” Khatibzadeh tweeted.
#Afghanistan