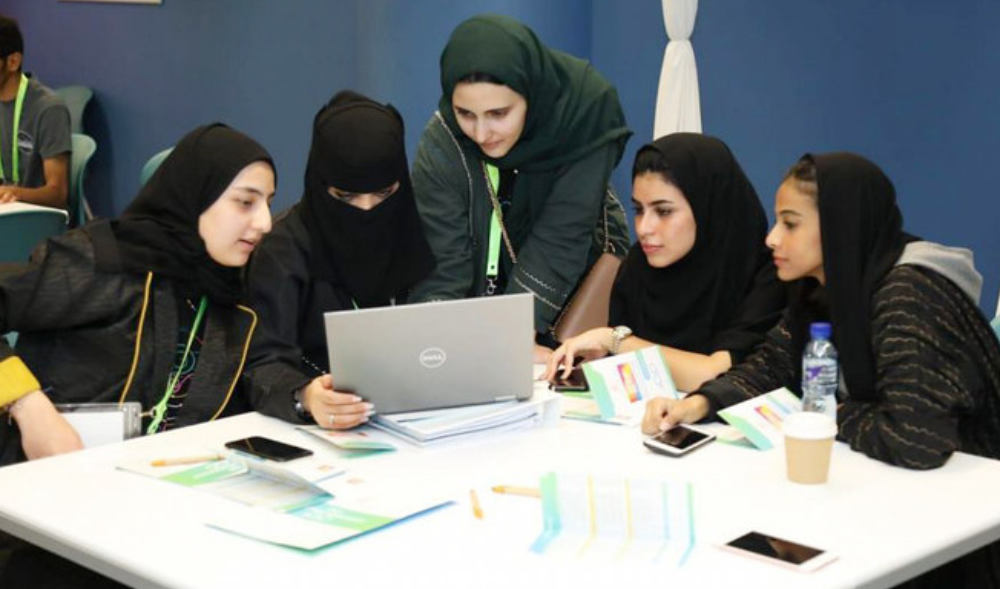 Saudi women to examine their role in society

Sixty participants representing several governmental and private sectors will examine how reforms have enhanced Saudi women’s role in society in an upcoming empowerment conference titled “Empowering women and their developmental role in the era of King Salman.”

The conference will take place at the Imam Mohammed bin Saud Islamic University on Tuesday, Nov. 23. Under the patronage of Princess Fahda bint Falah Al-Hithlain, the conference aims to highlight how the legislative reforms in the era of King Salman have helped empower women and enhance their role in achieving the goals of Saudi Vision 2030.

The three-day conference will also shed light on government projects and initiatives that support the empowerment of Saudi women in various fields, the role of modern media in promoting the empowerment of women, and raising their profile in the development of society, especially in Saudi universities.

Other themes will include how offering Saudi citizenship has strengthened women and families, enhanced women’s participation in education and training, and how this will prepare them to play a more prominent and influential role in society.

Dr. Nouf Bint Abdul Aali Al-Ajmi, the deputy rector of Imam Mohammad ibn Saud Islamic University for Female Student Affairs, said that in the past few years, the Kingdom had witnessed an expansion in the leadership role of Saudi women in all sectors “as women have assumed leadership positions and proved themselves after she had exercised limited executive roles,” she told Arab News.

Al-Ajmi, who is also the university’s vice president and chairwoman of the conference’s organizing committee, stressed the importance of the role of women as an investment that will contribute to the achievement of sustainable development. One of the Vision 2030 strategies is to increase women’s quota in leadership positions through training and leadership guidance for female cadres.

“The university seeks, in accordance with its strategic plan 2025, to enable women to work creatively and innovatively,” she said. “Women should participate in decision-making, in addition to creating equal opportunities with men in assuming leadership positions, studying modern specializations, scholarship, and training.”

Dr. Nuwair Al-Shammari, deputy dean of the Faculty of Information and Communication at the university and the conference’s media committee chairwoman, said the indicators of the empowerment of women in the university had seen a qualitative leap over the past three years. The indicators are in line with the directives of King Salman in realizing the objectives of Vision 2030 under the leadership of Crown Prince Mohammed Bin Salman.

In addition, there is an upsurge in female academic participation in the decision-making process, strategic planning, and university committees. There has been an uptick in implementing quality training programs, which exceeded 3,000 that targeted all of its staff, including programs to qualify women leaders, in addition to introducing new specializations for female students in the media, medicine, and pharmacy. There has been an expansion of postgraduate programs for female students through the introduction of 47 new programs, which increased the proportion of female scholarship students continuing their studies.

Dr. Nasrin Al-Sayari, vice president of the conference’s organizing committee, said that through its plans for the empowerment of women, the university worked to develop King Abdullah City for Female Students, which has become a distinguished academic and cultural landmark in the city of Riyadh.