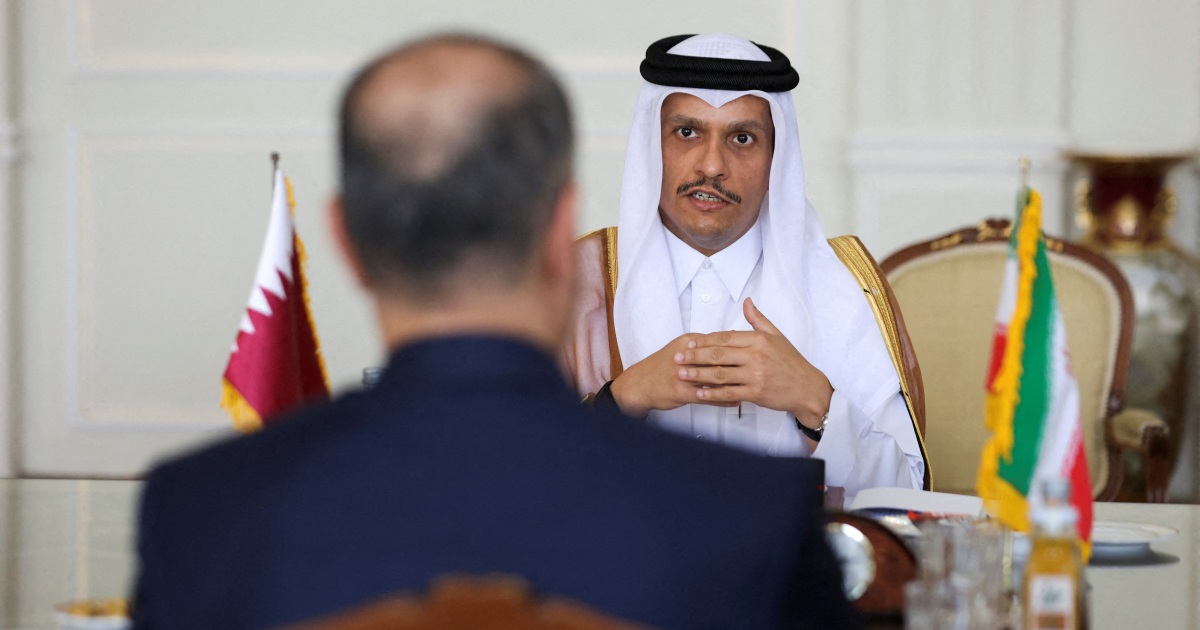 The visit comes after Doha hosted two days of indirect talks between Tehran and Washington that ended without progress.

The top Qatari diplomat arrived in the Iranian capital on Wednesday afternoon and is also scheduled to meet Iran’s security chief Ali Shamkhani.

The visit comes after Doha hosted two days of indirect talks between Iran and the United States in late June, with the European Union conducting shuttle diplomacy.

The talks concluded without any progress, as significant disagreements over the scope and guarantees on the lifting of US-imposed sanctions remain between Tehran and Washington, and no more negotiations have been scheduled thus far.

Amirabdollahian and Al Thani held a press conference after their meeting, during which the Iranian diplomat sought to counter the United States’ narrative that Iran is to blame for the failure of the nuclear talks.

“Despite some media claims by the American side, we have no claims that go beyond the JCPOA,” he said, referring to the Joint Comprehensive Plan of Action, the formal name of the nuclear deal. The Iranian foreign minister added that Iran was ready for a strong and sustainable agreement.

Amirabdollahian confirmed that a major sticking point during the talks in Qatar was Iran’s demand for an “effective guarantee” by the US on “anything that could [negatively] impact Iran’s economic benefits” promised under the original deal. 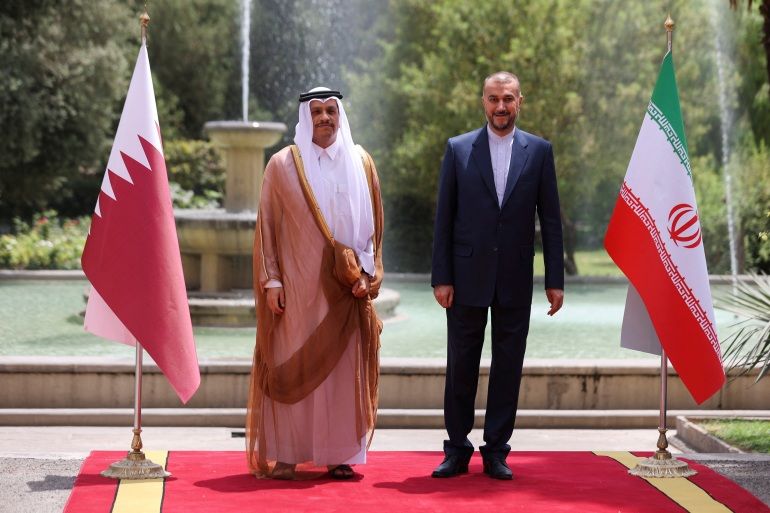 For his part, Al Thani reiterated Qatar’s support for the restoration of the nuclear deal, and also for regional talks between Iran and countries of the region.

US State Department spokesman Ned Price told reporters on Tuesday that Washington has no plan for another round of talks at the moment.

He also said Tehran has “consistently introduced extraneous demands that go beyond the four walls of the JCPOA”, which he said showed Iran lacks seriousness and is not committed.

Al Thani’s trip also comes after a series of phone calls between stakeholders to discuss the fate of the nuclear deal, which the US unilaterally abandoned in 2018.

Separately, Amirabdollahian and the EU’s foreign policy chief, Josep Borrell, had a phone discussion on Tuesday.

The Iranian diplomat tweeted after the call that the “US must decide if it wants a deal or insists on sticking to its unilateral demands” while Borrell wrote that “decisions are needed now” since the window to revive the accord is closing.

Mikhail Ulyanov, Russia’s chief negotiator in the nuclear talks, which initially began in Vienna in April 2021, reacted by tweeting that “it is high time for the US to take a more forthcoming position” in the talks if it committed to restoring the JCPOA.

Along with Iran and the US, China, Russia, France, Germany and the United Kingdom were the other signatories of the original accord. Qatar and Oman have been relaying messages between Iran and the US since last year in efforts to help restore the deal.

Time to revive the landmark deal is limited since the global nuclear watchdog has warned that its significantly limited ability to monitor Iranian nuclear sites could signal the death of the JCPOA.

The country has capped enrichment at 60 percent, short of the 90 percent required for a bomb, while maintaining that its nuclear programme is strictly peaceful.

The move to restrict IAEA monitoring came in response to the passing of a resolution at the IAEA board censuring Iran for its nuclear programme and lack of cooperation with the agency. The resolution was put forward by the US and its European allies.

In a speech in Australia on Tuesday, IAEA Director General Rafael Grossi said the agency is ready to resume its monitoring activities in Iran, and also warned that Iran’s nuclear activities could prompt its neighbours to ramp up their nuclear programmes.