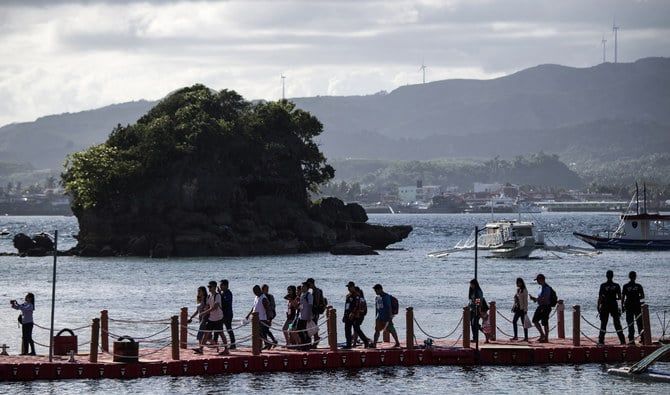 The Philippine government said on Sunday it is going to work closely with Saudi Arabia in developing the tourism industry in both countries.
More than 9,400 Saudi tourists have visited the Southeast Asian country since it reopened to fully vaccinated international travelers in February. Before the pandemic, Saudi Arabia was the top Middle Eastern source of arrivals, according to data from the Philippine Department of Tourism.

“The two countries agreed on formalizing their partnership with Saudi Arabia,” the tourism department said in a statement on Sunday.

The Kingdom will support the Philippines with Arabic-speaking tour guides, increasing direct flights and developing halal tourism, while the Philippines will “provide hospitality and human capital development to the Kingdom’s tourism frontline.”

“Saudi Arabia actually ranks No. 1 for our Middle East source market. We see great potential in ushering in more arrivals into the Philippines,” Frasco said, as quoted in the statement.

She added that the relationship is mutual, as there are over 800,000 Filipinos living in Saudi Arabia.

“Our affection for each other is long-standing, and I am very interested in furthering this relationship by formalizing an agreement specifically focused on tourism development,” she said.

The Philippines, known for its white sand beaches and famous diving spots, is dependent on tourism. In 2019, the sector generated around $44 billion and made up nearly 13 percent of the country’s gross domestic product, according to the Philippine Statistics Authority.

Most tourism destinations in the country were forced to shut down when the COVID-19 pandemic hit in 2020, dealing a major blow to the industry. Foreign arrivals slumped by 82 percent, while revenues from tourism plummeted to $17 billion.