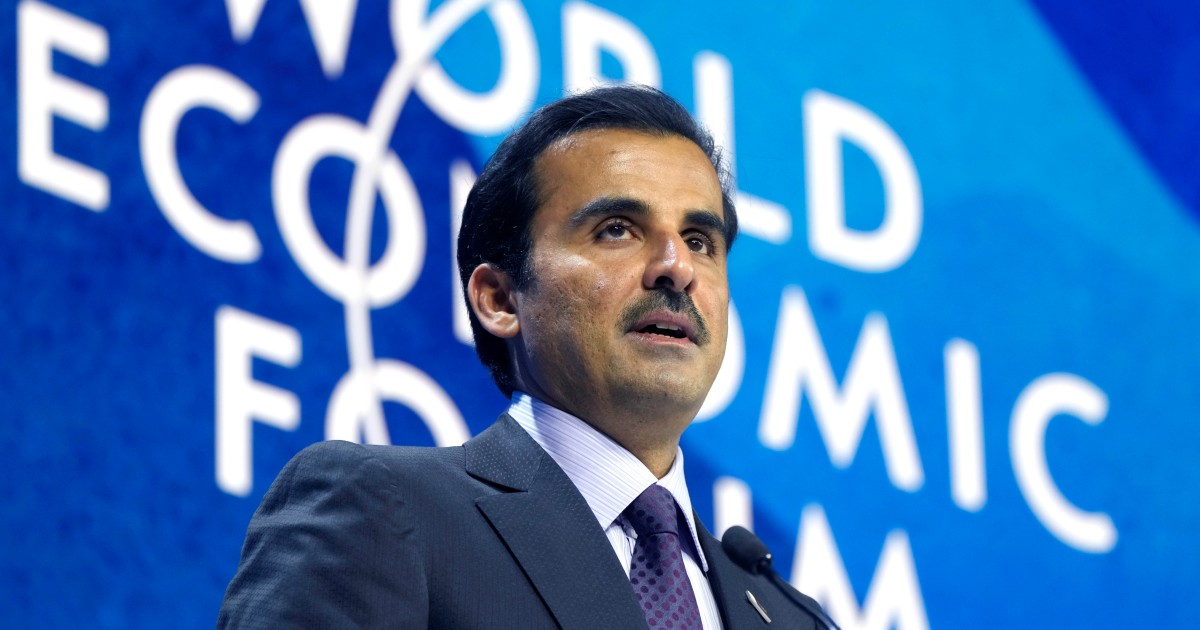 The emir of Qatar has urged the international community to give as much attention to resolving the forgotten and ignored conflicts in the world, stressing in particular the Israel-Palestine conflict, as it has to the war in Ukraine.

Addressing business leaders at the World Economic Forum in Davos, Switzerland on Monday, Emir Sheikh Tamim bin Hamad Al Thani said that while “laser focus” is rightly applied to finding a diplomatic solution to the Ukrainian crisis, help and solidarity should be given to victims of “every race, nationality and religion”.

“The most glaring example is in Palestine, which has been an open wound since the establishment of the United Nations,” he said. “Those families have been occupied for decades with no relief in sight. The escalation in illegal settlement aggression has been relentless and the same goes for the continued attacks against the Palestinian people.”

“I keep praying that the world wakes up to the injustice and violence and finally acts,” he said. 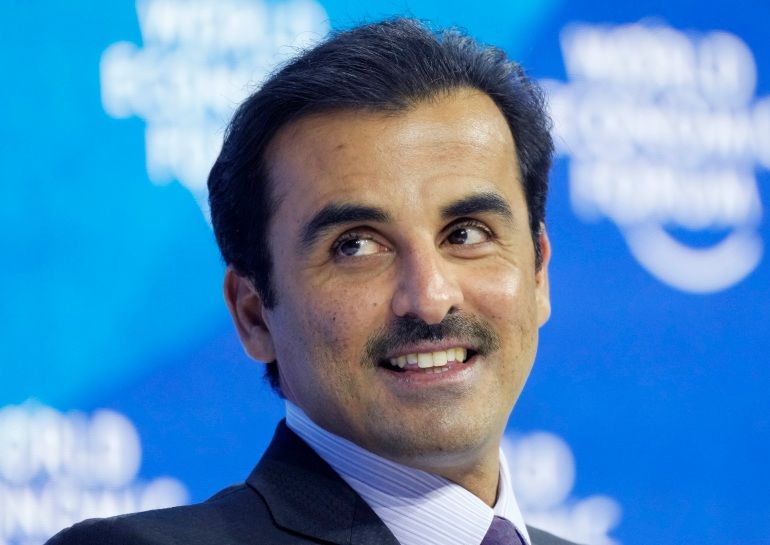 The Emir of Qatar, Sheikh Tamim bin Hamad Al Thani, smiles during the World Economic Forum in Davos, Switzerland on Monday, May 23, 2022

He mentioned the case of Shireen Abu Akleh, the veteran Palestinian-American Al Jazeera correspondent who was killed by Israeli forces earlier this month in the occupied West Bank.

He said there should be no tolerance of attacks on journalists, and urged those in attendance to not accept a world where governments have double standards regarding the value of people based on their religion, region or race.

“We consider the value of each European life to be just as precious as someone from our region,” he said.

Sheikh Tamim pointed out that the Davos forum is of “exceptional importance” as it is held amid economic challenges and geopolitical turmoil.

“Before we can hope for economic prosperity, we must first examine, repair and enforce our framework for peace,” he said. “And we need to send a reassuring message to people around the world: only through unity, we can overcome the conflict that divides us. Our united efforts need to be based on principles already agreed on and the charter of the United Nations, international law, and respecting each other’s sovereignty.”