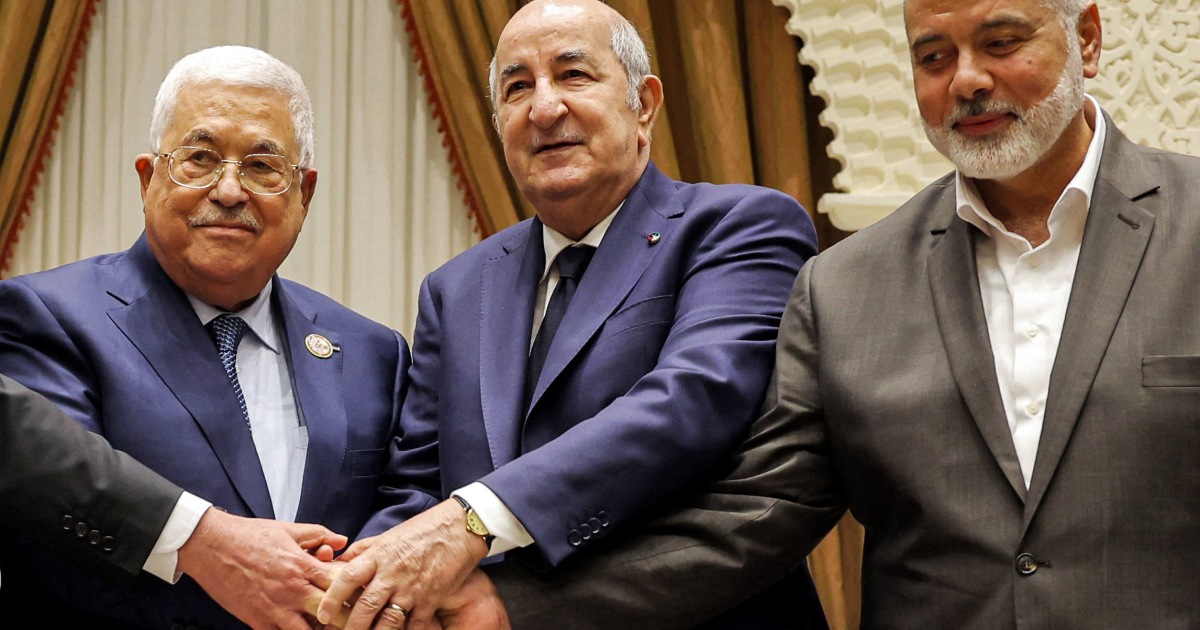 Palestinian Authority (PA) President Mahmoud Abbas has met publicly with Ismail Haniya, the political chief of his political rival Hamas, for the first time in more than five years.

The meeting was held late on Tuesday in Algeria’s capital, Algiers, on the sidelines of the country’s 60th anniversary of independence, with Algerian President Abdelmadjid Tebboune in attendance.

Algerian state television aired footage of the meeting, describing it as “historic”.

No details of the conversation between Abbas and Haniya were released.

Algerian and Palestinian media outlets published photos of the pair shaking hands presided over by Tebboune.

Hamas has been the de-facto ruler in the besieged Gaza Strip since 2007, a year after it defeated Fatah in parliamentary elections.

Fatah was driven out of the Strip as it attempted to replace the Hamas-led government, which resulted in several weeks of violent fighting. Hamas has ruled the besieged enclave since then, while Fatah has been in power in the Israeli-occupied West Bank.

Many efforts have failed to end the rift between the two rival movements.

Haniya and Abbas last met face-to-face in October 2016 in the Qatari capital Doha during the last big effort to reconcile the two parties.

The PA’s delegation to Algeria included representatives from the intelligence services and the judiciary.

In the past few months, Algeria has hosted several Palestinian delegations in an attempt to revive intra-Palestinian reconciliation.

As the Israeli occupation continues, many Palestinians are increasingly frustrated with their political leadership, including the lack of a united response from their leaders.