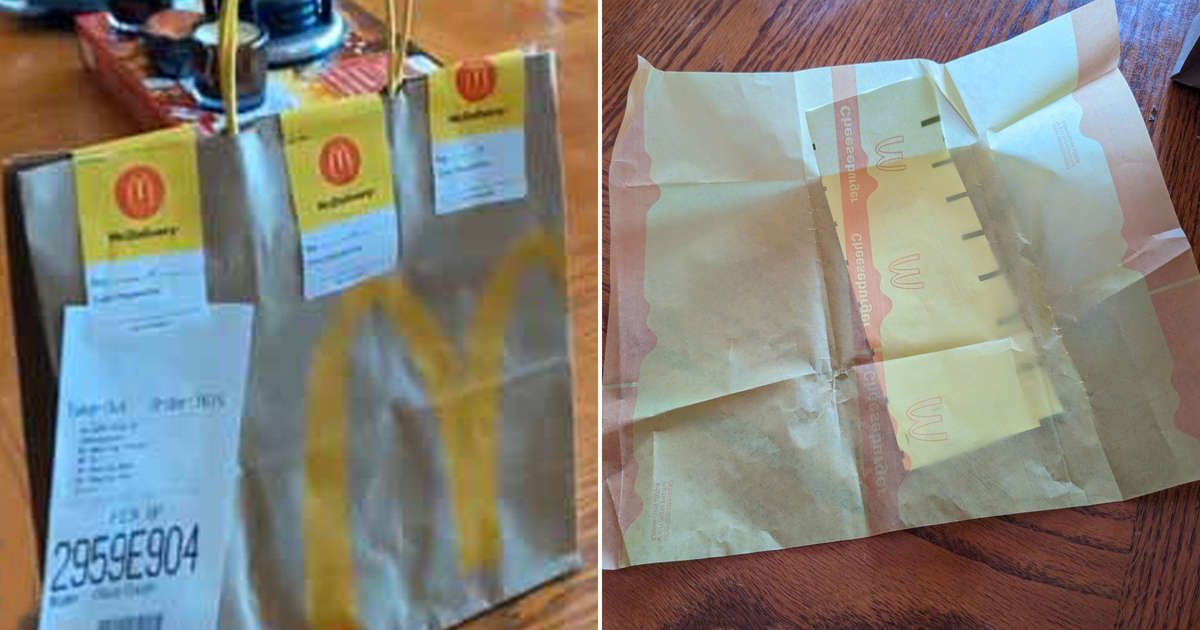 A Texas man has been left ‘genuinely surprised’ after receiving an empty wrapper from McDonald’s – after he ordered nothing.

Rob DenBleyker decided to spice up his week with an experimental order from the fast food giant.

Using Doordash – an app similar to Deliveroo and UberEats – he perused the various items on offer.

Rob, who works as a cartoonist, eventually plumped on a $1.89 cheeseburger.

But he unticked mustard, ketchup, onions, pickle, cheese, meat, the bun and – for good measure – salt.

He then took to Twitter to eagerly await the order alongside his thousands of followers.

When the delivery arrived – after some minor confusion at his nearest McDonald’s – the bag contained nothing but an empty wrapper.

Rob told Metro.co.uk he was ‘so happy’ at the final result.

He explained: ‘I was ordering lunch from McDonalds and noticed that inside the Doordash app you can remove ingredients from a cheeseburger until there isn’t a cheeseburger anymore.

‘I was curious to see what would happen if I ordered a non-existent burger.

‘I expected McDonalds to cancel the order, or assume I’m an idiot who doesn’t understand delivery apps and send me a regular cheeseburger.

‘I was genuinely surprised to not only get a wrapper, but a wrapper inside a sealed paper bag!

‘I got exactly what I paid for, which was nothing. I was so happy that everyone involved understood that I wanted nothing, and they delivered nothing. I was also a little hungry because I didn’t order any lunch.’

Rob’s McDonald’s journey captured the interest of Twitter users who had swarmed to follow each and every development to the exciting saga. 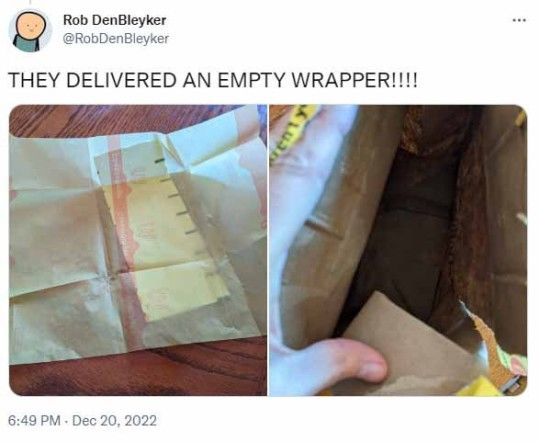 But his wish for nothing eventually came true

Before receiving the delivery, Rob teased: ‘Will they cancel it? Deliver an empty bag? I am doing this so you don’t have to.’

In case his claims of ordering nothing and receiving nothing were disputed, Rob had even filmed the ‘unboxing’ of his order to kick back at potential ‘haters’.

The fast-food foray has seemingly not yet been noticed by masterminds behind the golden arches.

Rob added: ‘I haven’t heard from McDonalds, but I hope they see all this free marketing and consider sending me nothing for the rest of my life.’

So impressed with the experience, the cartoonist had even tipped his driver $6 for his hard work.

In total, Rob paid $15 for his empty wrapper.