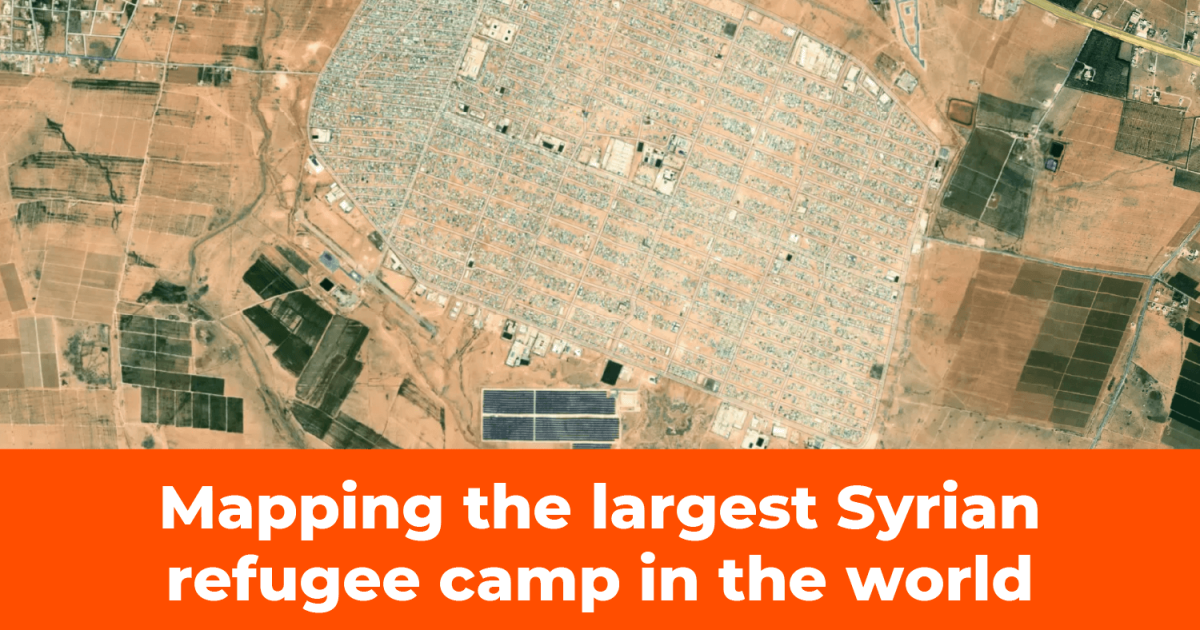 Mapping the largest Syrian refugee camp in the world

Thursday marks 10 years since the United Nations’ Zaatari refugee camp in Jordan was opened to accommodate Syrians fleeing the war.

Located in the desert of northern Jordan, about 12km (7.5 miles) from the border with Syria, the Zaatari camp, which is home to more than 80,000 people, is the largest Syrian refugee camp in the world.

The Syrian crisis has been ongoing since March 2011 when protests erupted against President Bashar al-Assad’s government which quickly turned into a full-blown war.

Today, more than half the pre-war population of 23 million remains displaced, including nearly seven million who are refugees, mostly in neighbouring countries. 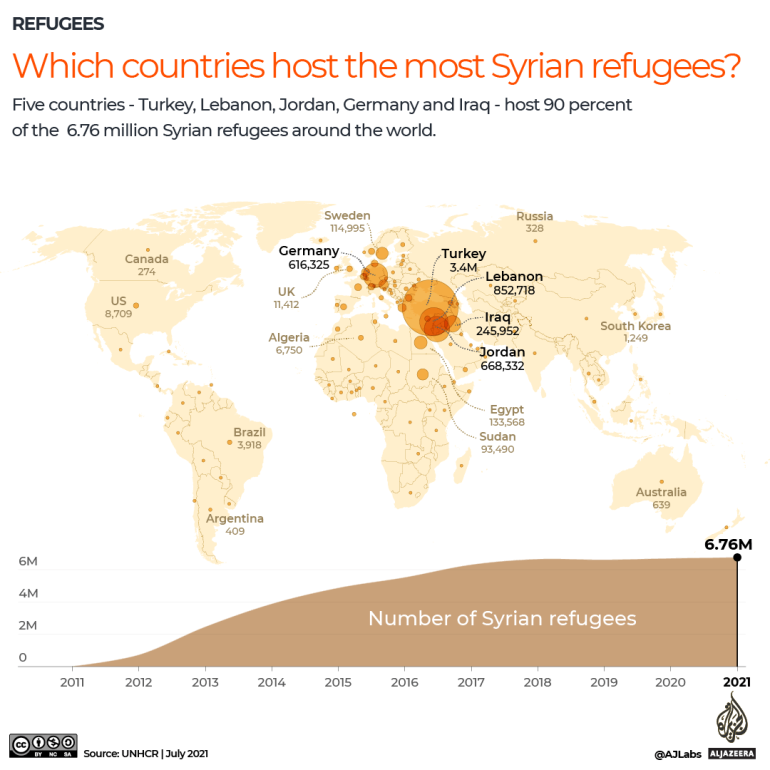 Zaatari refugee camp at a glance

The Zaatari camp located near the village of the same name in Mafraq Governorate was opened on July 28, 2012. The white tented city was initially designed to hold 60,000 people but had to be expanded due to the influx of refugees. At its peak in 2013, it housed more than 200,000 people, becoming the fourth-largest city in Jordan.

While many refugees have since returned to Syria or moved on to other countries, the camp is still home to some 80,000 people, with more than half of them (55 percent) children.

According to the UN, 80 percent of its current residents are from the southern Syrian province of Deraa, which has seen intense fighting between Syrian government forces and rebels.

Although residents have found safety from the violence raging in Syria, many living in the dusty and isolated camp feel stuck, uncertain if they will ever be able to leave or return home. 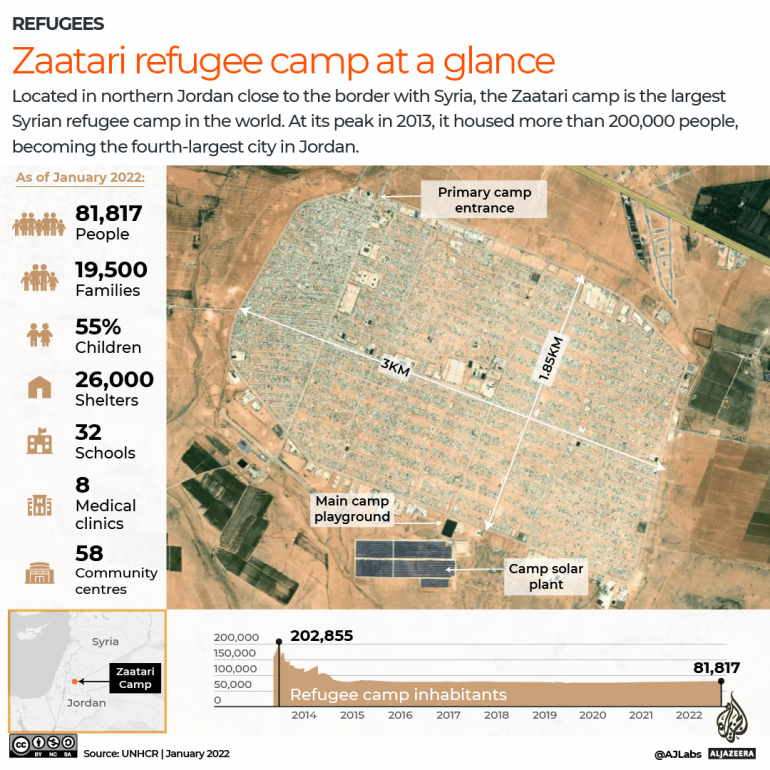 The 5.5sq km (2.1sq miles) camp, divided into 12 districts, has grown from a collection of tents in 2012 into an informal city with 58 community centres, 32 schools and eight medical clinics. 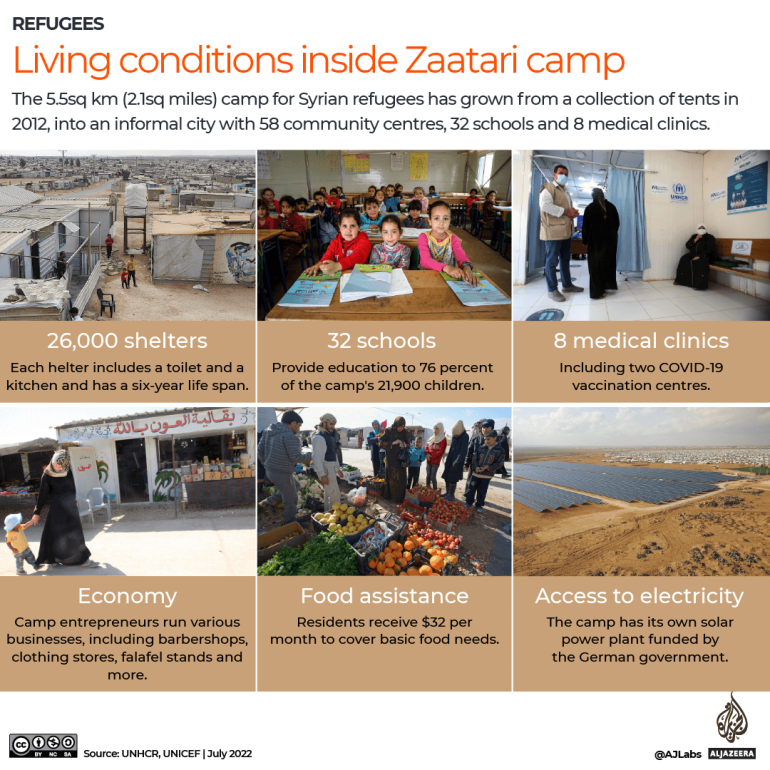 The camp consists of:

26,000 shelters – provided by the United Nations High Commission for Refugees (UNHCR), each prefabricated shelter includes a toilet and a kitchen and has a six-year life span. 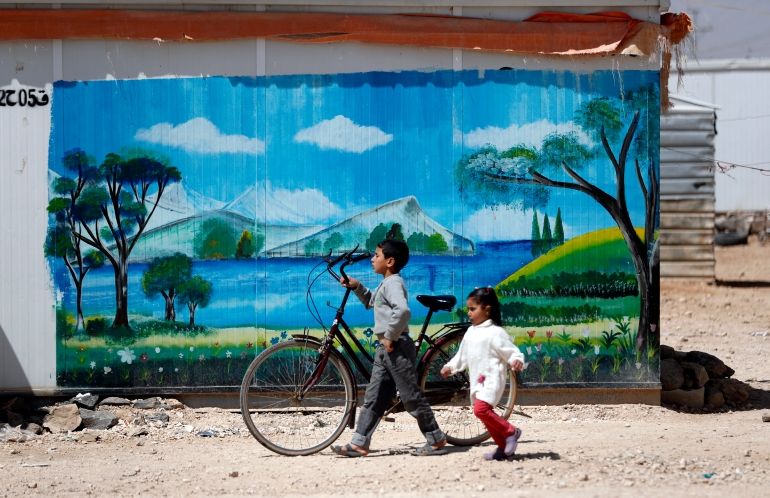 32 schools – UNICEF collaborates with the Ministry of Education (MOE) to provide education to 76 percent of the camp’s 21,900 children. 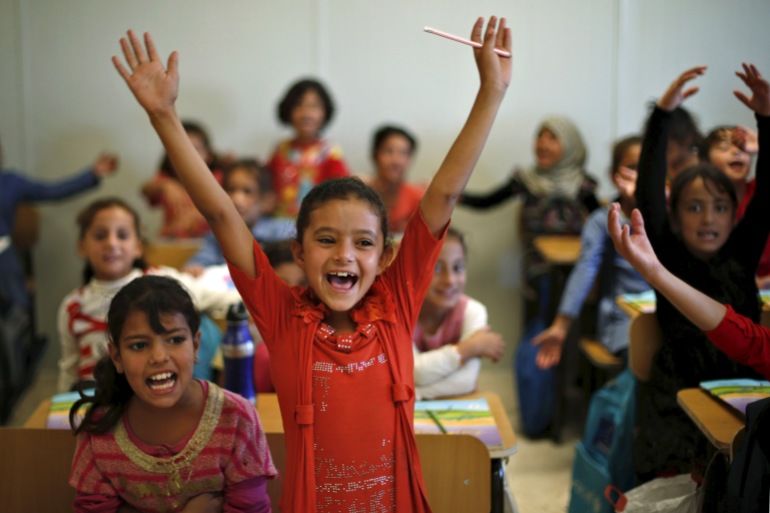 Syrian refugee students gesture while attending a class in a UNICEF school, September 22, 2015

Eight medical clinics – including two COVID-19 vaccination centres operating as of March 2021. In January, there were an average of 5,400 weekly health consultations across the camps. 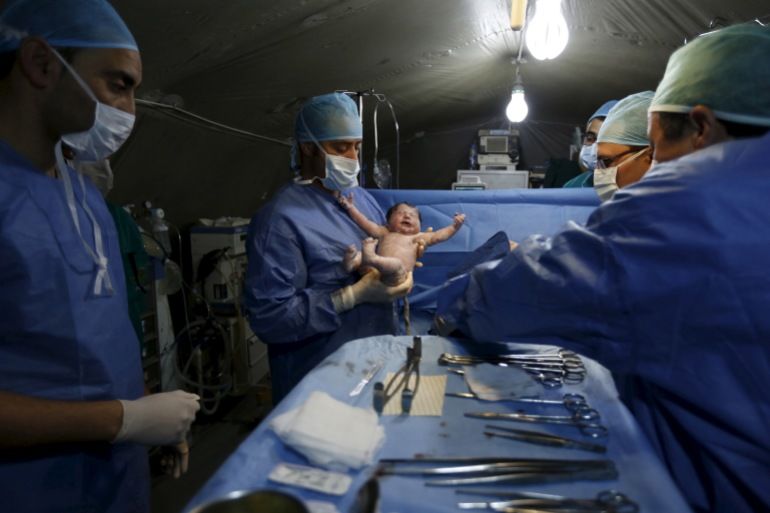 Moroccan doctors carry a Syrian baby Siwar, who was born by Caesarean section in a field hospital in Zaatari refugee camp, March 7, 2016 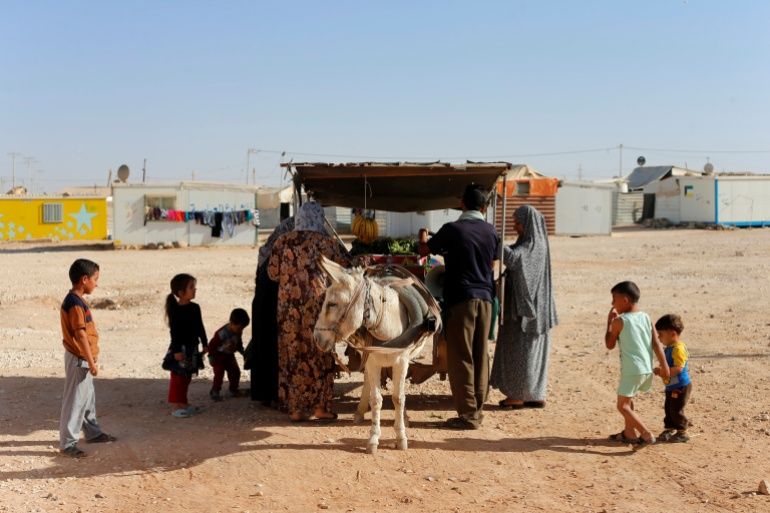 Food assistance programme – Residents receive $32 per month from the World Food Programme (WFP) through blockchain technology to cover their food needs. Camp residents can redeem these credits at dedicated supermarkets by looking into a camera at checkout which confirms their identity on a UN database and settles their bill. 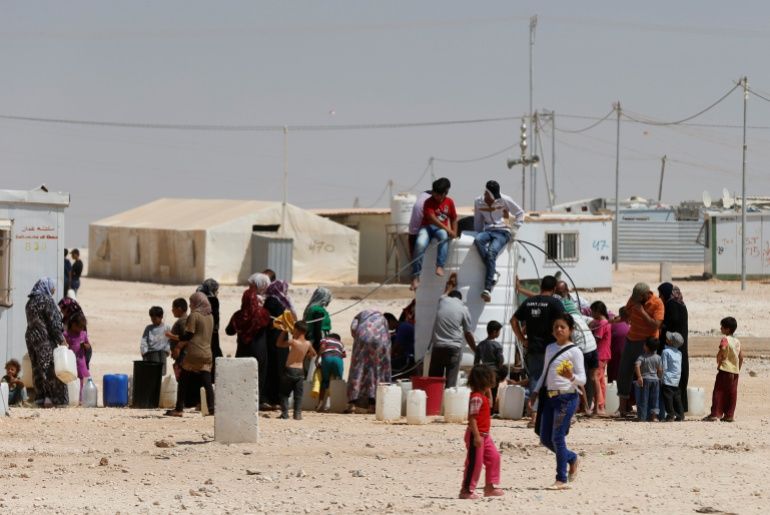 Access to electricity – In 2017, a 12.9-megawatt solar power plant, funded by the German government, was built to increase electricity access from eight to 14 hours per day. 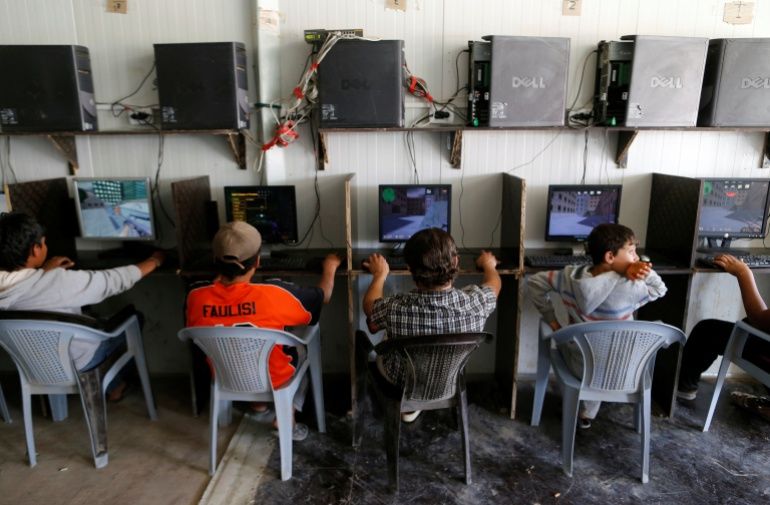