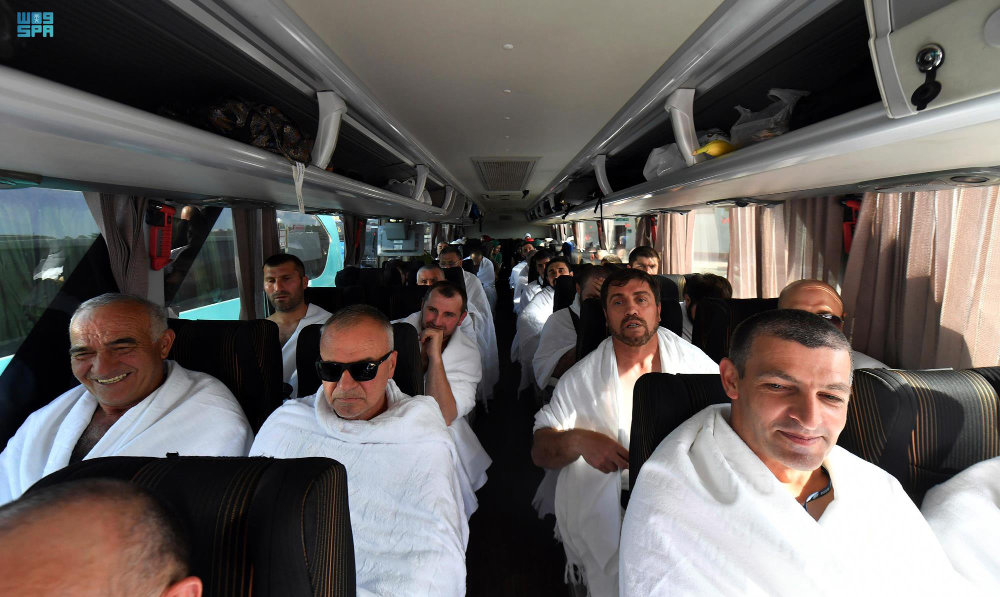 Almost 313,000 pilgrims from around the world had arrived Madinah by Wednesday to perform Hajj, according to official figures.
The Ministry of Hajj and Umrah said that 252,140 people had landed at Prince Mohammed bin Abdulaziz International Airport since the start of the first Hajj flights, while 60,731 pilgrims had arrived in the city by land.

A total of 221,267 pilgrims had already left Madinah and were on their way to the holy sites in Makkah, while 91,689 were still in the city, it said.

Authorities in Madinah are working around the clock to ensure the best experience for visitors, the ministry said.

Saudi Arabia is allowing up to 1 million people to join the Hajj this year, welcoming foreign pilgrims for the first time in two years after COVID-19 restrictions meant the annual pilgrimage was limited to residents of the Kingdom.

The General Presidency for the Affairs of the Two Holy Mosques recently launched its operational plan for this year’s Hajj season. It confirmed its readiness to receive pilgrims, saying it had mobilized 10,000 workers to serve them.
#COVID-19  #Covid