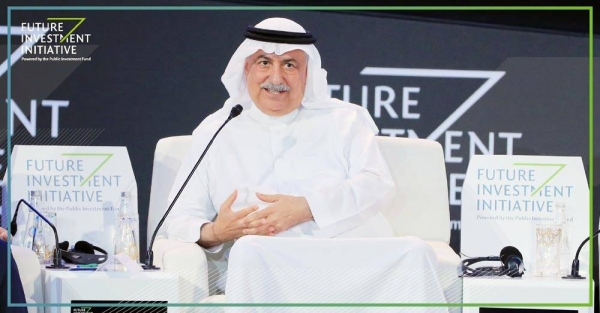 Saudi Arabia will participate in the World Economic Forum (WEF) 2022, in Davos, Switzerland, with a high-level delegation set to attend a number of meetings between May 22–26.
WEF is returning after a two-year absence because of the pandemic, and the theme for this year’s event — which has been billed as the most significant in the event’s history — is "History at a Turning Point: Government Policies and Business Strategies".

The Saudi delegation to WEF will engage in meaningful dialogues with the Kingdom’s international partners in several public and private sessions to seek solutions to critical global challenges including climate change, the emerging economic crisis, disrupted logistics and supply chains, geopolitical tensions, global energy security and the ongoing fallout from the pandemic.

The delegation will highlight the Kingdom's continuous local and international efforts to respond to the eight main themes of this year's meetings at WEF, which cover climate and nature, fairer economies, tech and innovation, jobs and skills, better business, health and healthcare, global cooperation, society and equity.

Members from the Saudi delegation will also outline the Kingdom’s achievements in responding to the global challenges presented by these themes. They will showcase the qualitative leap under way across Saudi’s socioeconomic and business landscape as it forges ahead with its ambitious diversification efforts under Vision 2030.

The Kingdom’s comprehensive social and economic empowerment plans — including doubling the representation of women in the labor market, accelerating the pace of job creation in new sectors — will also be discussed in detail during the delegation’s meetings in Davos.

The Saudi delegation will also touch on the Kingdom’s widely-lauded COVID-19 response and recovery efforts, the nation’s burgeoning healthcare industry, with public health and safety becoming an increasingly important economic measure of progress.

Furthermore, the climate-action policies and environmental projects under way in the Kingdom and the Middle East, including the "The Middle East Green” initiative, will be explored by the delegation as they outline the Kingdom’s commitment to prioritizing sustainability at all levels.

The delegation will also present the Kingdom’s long-term vision for the future and its strategic goal of developing a robust pipeline of talent while attracting foreign talents to accelerate the adoption of smart solutions, advanced technologies and Fourth Industrial Revolution applications.

The Saudi delegation will also outline its view on the security of resources and commodities, as well as its pivotal role in ensuring the security and stability of energy markets. It would also highlight its long-term investments into innovative, clean and renewable energy sources to diversify the local and global energy mix.

This year's World Economic Forum is expected to attract more than 2,500 high-level leaders. They include state leaders, business leaders, investors, policy- and decision-makers.

The sessions being held at WEF this year have been designed to coincide with the fast-evolving geopolitical and economic disruptions which have imposed serious challenges on global growth and prosperity. The Forum seeks to promote joint international action to build a common ground to overcoming the current circumstances.

In July 2021, the Kingdom witnessed the inauguration of the Fourth Industrial Revolution Center in Riyadh, which is the fifth in the world, within the framework of strengthening partnership with the World Economic Forum.

The center aims to enhance flexible governance and regulatory frameworks used to harness new technologies for the benefit of the government and the business sector and benefit from the system of centers affiliated with the World Economic Forum worldwide.

The World Economic Forum is an independent international non-profit organization that aims to develop the world by encouraging business, policies, and scientific aspects.

The forum was founded by Professor Klaus Schwab in 1971 in Switzerland. with offices in a number of major global cities. The Forum's meetings are attended every year by a group of leaders, presidents and senior officials in countries and international companies.
#COVID-19  #Covid