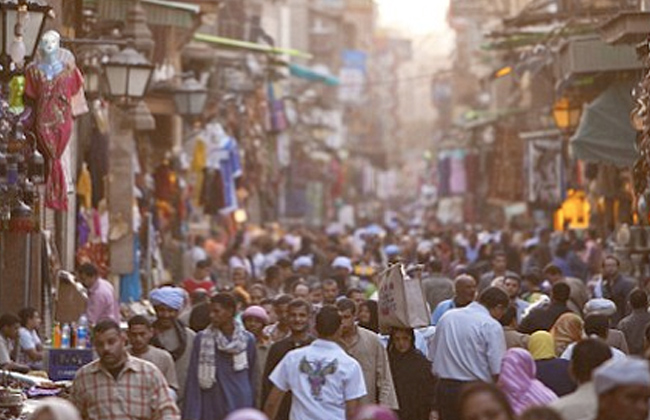 The Central Agency for Public Mobilization and Statistics (CAPMAS) revealed that Egypt’s population increased from 72.8 million according to the 2006 census to 94.8 million in the 2017 census, then to 102.9 million in the 1/1/2022 estimates, an increase of 8.1 million people over the last census data.

CAPMAS explained in the statement issued on the occasion of World Population Day, that 51.5% of the population is male, and 48.5% female, and the gender ratio is 106 males for every 100 females. The agency pointed out that Egypt ranks first among the Arab countries in terms of population, third in Africa, and fourteenth globally, noting that the fertility rate in 2020 reached 2.9 children per woman in the country.

The Egyptian society is considered a young one, where the age group (less than 15 years) constitutes about a third of the population with a percentage of 34.3%, while the proportion of the elderly population (65 years and over) was estimated at only 3.9% at the beginning of 2022.

It is expected that the population of Egypt will reach 124 million people by 2032 The age dependency rate for the entire republic reached 61.6% in January 2022, meaning that for every 100 people of working age (15-64 years) they support about 62 people who are under or over the working age.

The population is expected to reach 124 million in 2032