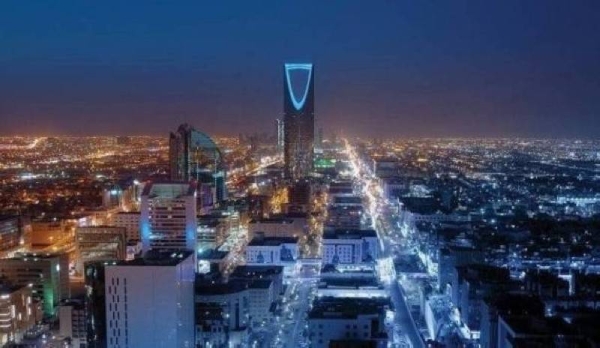 Saudi Arabia’s economy is expected to register the highest growth rate among the G-20 states for the current year 2022 and the coming year 2023, according to a report of the Organization for Economic Cooperation and Development (OECD).
In its report titled “OECD Economic Outlook Interim Report September 2022,” the organization stated that the real GDP growth projections of the Saudi economy are expected to reach 9.9 percent this year, and six percent in 2023, thus recording the highest growth rate among the G20 countries, which include the G-20 economy, emerging market economies and developing economies.

Despite the main challenges facing the global economy, in light of the persistence of inflation for a longer period than expected, and the slowdown in GDP growth in 2022 and 2023, the estimates of the OECD report for the Kingdom contradict the bleak and ambiguous outlook that stems from several major factors.

Most notable among these factors are the Russian-Ukrainian crisis; the rise in energy and food prices; the exacerbation of inflationary pressures; the tightening of monetary policies and general closure measures as a result of the new outbreaks of COVID-19.

As a result, the OECD report lowered its expectations for the performance of the global economy for the current year and 2023, as its estimates were affected by the slowdown in growth in most economies in the world, but it kept its expectations for the growth of the Saudi economy during 2022 at 9.9 percent, and the high growth of the Saudi economy over the year 2023 by 6 percent.

It is noteworthy that OECD is a unique forum where the governments of 37 democracies with market-based economies collaborate to develop policy standards to promote sustainable economic growth.

According to the OECD report, the impacts of the COVID-19 pandemic are still lingering while the Ukraine war is dragging down growth and putting additional upward pressure on prices, above all for food and energy. Global GDP stagnated in the second quarter of 2022 and output declined in the G20 economies. High inflation is persisting for longer than expected. In many economies, inflation in the first half of 2022 was at its highest since the 1980s. With recent indicators taking a turn for the worse, the global economic outlook has darkened.

The OECD report follows a recent report of the International Monetary Fund (IMF) about the strong performance of the Saudi economy. The IMF report praised the strength of the Saudi economy and its solid financial position. It stressed that the Kingdom’s economic prospects are positive in the short and medium term, with the continued recovery of economic growth rates and containment of inflation, in addition to the increasing strength of its external economic position.

IMF experts stressed that Saudi Arabia’s continued implementation of structural reforms will help ensure a strong, comprehensive, and environmentally friendly recovery, noting that the Kingdom is recovering strongly in the wake of the recession caused by the pandemic. It noted that the support of liquidity, the support provided by the public finances, the momentum of reforms, the rise in oil prices, and the increase in its production helped the Kingdom achieve a fast recovery.
#COVID-19  #Covid