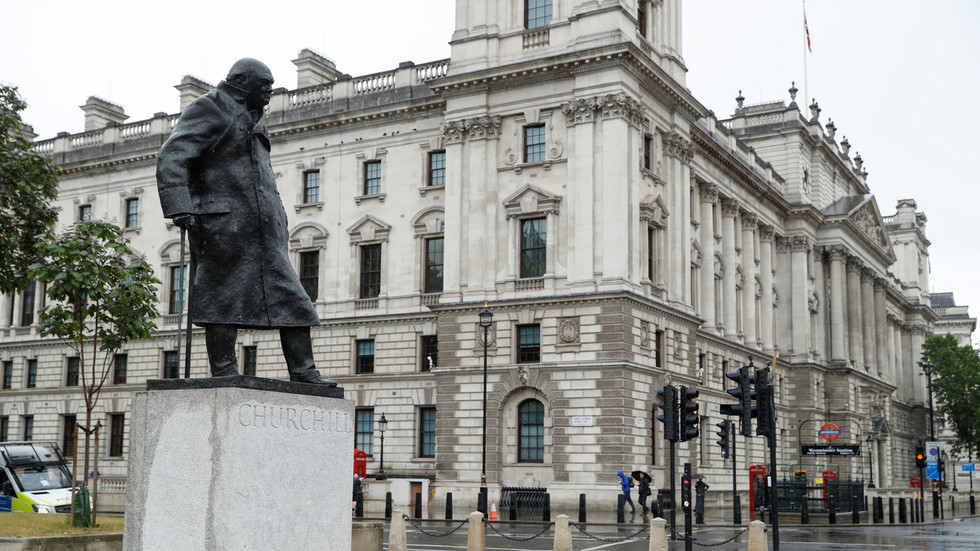 Winston Churchill CANCELLED by his own charity over ‘unacceptable’ racial views… or was he?

Churchill appeared to have been cancelled by a charity bearing his own name, after it removed tributes to the wartime leader over his “unacceptable” views on race. But the Churchill Fellowship says it’s all a misunderstanding.

The Winston Churchill Memorial Trust recently rebranded itself as the Churchill Fellowship, deleting a number of photos of the late prime minister from its website and removing a 1,400-word article calling him a “much-loved leader” in the process, The Sun reported.

The change came after the Trust republished a 2020 article in July calling Churchill’s views on race “unacceptable today,” while, at the same time, praising his “wartime leadership in saving Britain and the world from Nazism”.

The rebranding caused outrage among patriotic Britons, with Prime Minister Boris Johnson leading the charge. A spokesman for the PM said on Thursday it was “completely absurd, misguided and wrong to airbrush his giant achievements and service to this country, and the trust should think again”.

“We need to focus on addressing the present and not attempt to rewrite the past and get sucked into the never-ending debate about which well-known historical figures are sufficiently pure or politically correct to remain in public view.”

As the outrage continued, the Churchill Fellowship released a statement on Thursday saying the name change had the support of Churchill’s family, and better described what the charity actually does, which is pay for talented Brits to study and network abroad for the benefit of their communities or employers in the UK. The charity has awarded 5,800 such fellowships since 1965.

The statement did not address the reported wiping of Churchill’s photos or the article describing him as a “much-loved leader.” A spokesperson for the charity denied it had taken down any images, telling The Guardian that it only ever had the rights to use one photograph, which has been placed back on the site.

Churchill’s views on race would certainly be considered ‘problematic’ nowadays, to use a word popularised by ‘woke’ activists. Historians still debate whether he could have done more to alleviate the 1943 Bengal Famine, and he reportedly described Indians as a “beastly people with a beastly” religion, Islam as “as dangerous in a man as hydrophobia [rabies] in a dog,” and the white race as “a stronger race, a higher-grade race, a more worldly wise race” than the indigenous peoples they colonised in America and Australia.

Churchill was also an unapologetic believer in using military force to maintain the British Empire’s world dominance, sending brutal paramilitary forces into Ireland, and then into Palestine, in both locations to crush opposition to the Crown.

Nevertheless, Churchill is revered as the driving force behind Britain’s survival and ultimate victory in World War II, with his rhetoric bolstering the morale of the bombed and besieged Brits during the war’s early stages, and his diplomatic efforts to keep the USSR and USA alliance strong trumping his well-documented shortcomings as a tactician.

Public opinion on Churchill is split in modern Britain. Statues of the former prime minister were vandalised during last year’s Black Lives Matter protests, and academics at the University of Cambridge college named after him held a conference earlier this year denouncing the anti-fascist leader as “worse than the Nazis.”