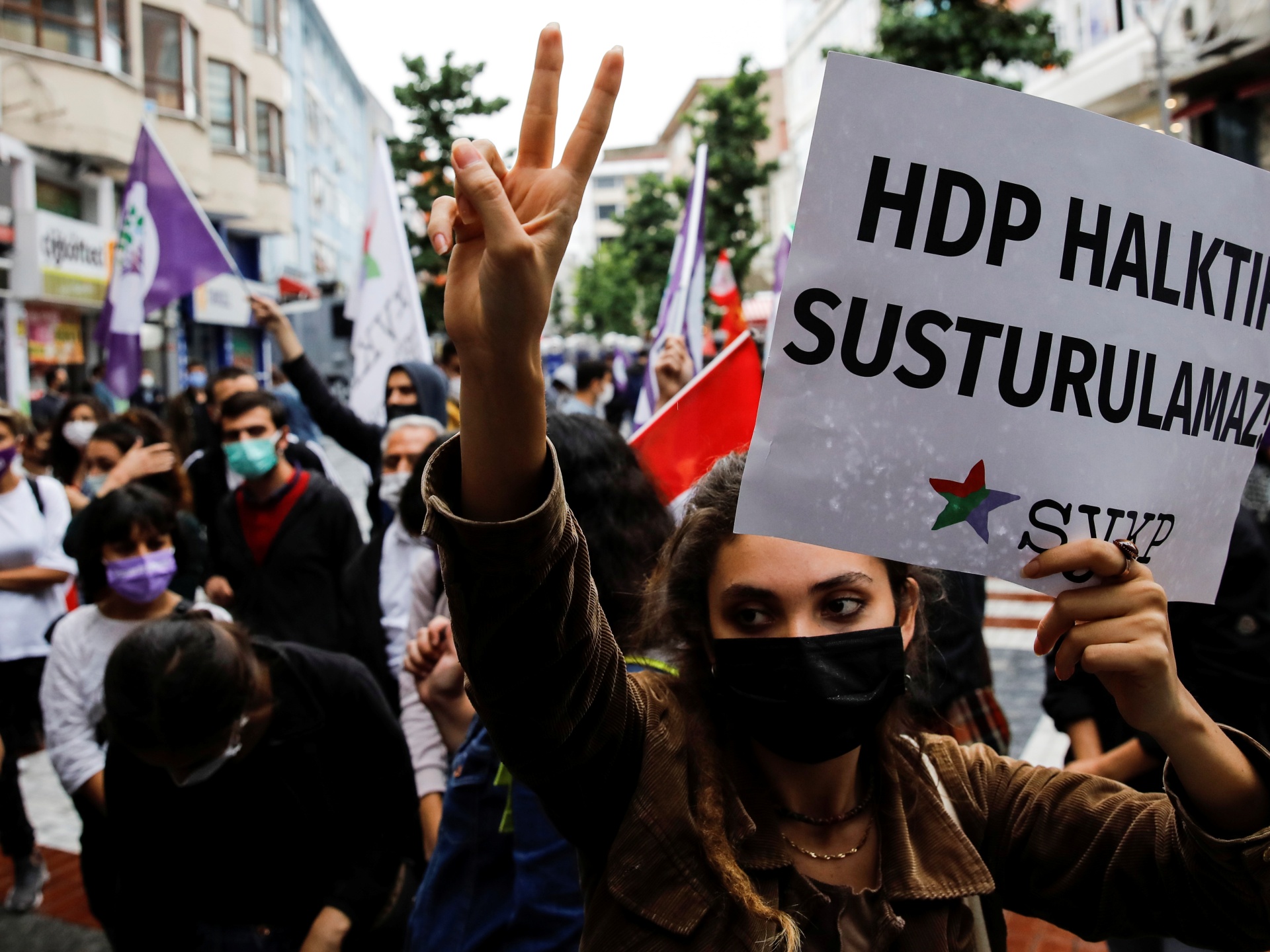 The Peoples’ Democratic Party (HDP) is being deprived of a key source of revenue ahead of elections expected in June.

A top Turkish court has suspended funding for the country’s main majority-Kurdish party over alleged ties to “terrorism”.

The decision deprives the Peoples’ Democratic Party (HDP) – the Turkish parliament’s second-largest opposition group – of a key source of revenue heading into the general elections due by June.

The party was due to receive 539 million lire ($29m) in treasury funding this year, according to Turkish media reports.

President Recep Tayyip Erdogan accuses the party of being the political wing of the Kurdistan Workers’ Party (PKK), which has been waging a decades-long armed uprising against the Turkish state.

The HDP’s future could play a crucial role in deciding Erdogan’s success in parliamentary and presidential elections, now posing one of the stiffest challenges of his two-decade rule.

The Constitutional Court is scheduled to hear on Tuesday a request by chief prosecutor Bekir Sahin to ban the party before the vote.

The court will then have the option of either dissolving the party or banning some of its members if it rules against the HDP.

The HDP denies formal links to the fighters and accuses the government of targeting the party because of its strong opposition to Erdogan.

Thursday’s court decision comes a month after a key opposition politician was handed a sentence that may prevent him from running for public office.

Istanbul Mayor Ekrem Imamoglu was sentenced to more than two and half years in prison on charges of insulting members of the Supreme Electoral Council.
Imamoglu was elected mayor in March 2019, in a blow to Erdogan and his AK Party, which had controlled Istanbul for a quarter-century. The party pushed to void the municipal election results in the city of 16 million, alleging irregularities.

The challenge resulted in a repeat of the election a few months later, which Imamoglu won by a wider margin.

Imamoglu was charged, describing cancelling the first mayoral election as an act of “foolishness”. The charge carried a maximum prison sentence of four years and came with a political ban, preventing him from running as a key Erdogan opponent.

However, no ban can be implemented until after the conclusion of the appeal process, which would be highly unlikely before the elections.