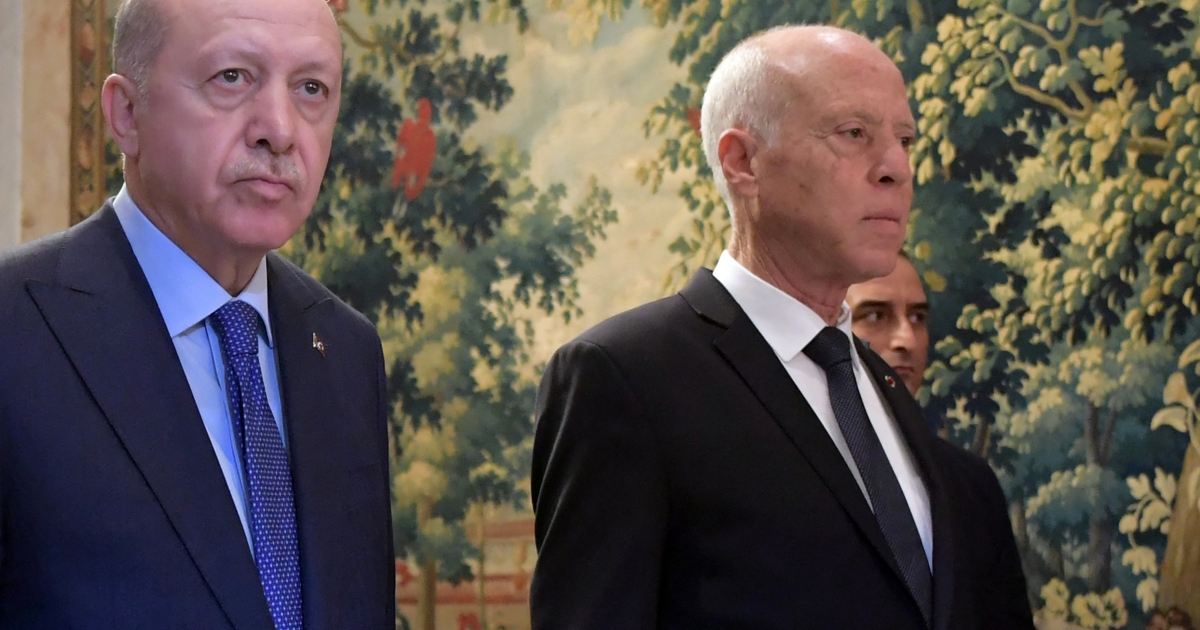 Turkish president criticised Tunisian counterpart for sacking parliament, saying it was a ‘blow to the will of the people’.

In a statement released on Tuesday evening, Tunisia’s President Kais Saied told foreign minister Othman Jarandi that he rejected “all interference in any form” in Tunisian affairs, without directly mentioning Erdogan.

Saied, who since July has been seizing wide-ranging powers, sacked the assembly last week, eight months after suspending it in a blow against the democratic system born out of the country’s 2011 uprising.

On Monday, Erdogan had criticised Saied’s latest move as a “blow to the will of the Tunisian people” and a “smear on democracy”.

Tunisia’s fragmented Parliament has long been dominated by Ennahdha, a party close to Erdogan’s ruling AKP Party and a bitter foe of Saied.

The Tunisian foreign ministry issued a statement on Tuesday voicing “surprise” at Erdogan’s comments, which it called “unacceptable interference” in Tunisian domestic affairs.

On Wednesday morning, the ministry said Jarandi had spoken by telephone with Turkish foreign minister Mevlut Cavusoglu and summoned Ankara’s ambassador in protest.

Saied has been repeatedly criticised by Western governments and human rights groups for his political manoeuvring, which sparked fears of democratic backsliding 11 years after the overthrow of strongman Zine El Abidine Ben Ali.

The US and France both voiced “concern” after he dissolved Parliament but Tunisian authorities have not publicly responded to either.

On March 30, the president claimed he was dissolving parliament “to preserve the state and its institutions”.

The announcement came after members of Parliament openly defied the president by holding an online plenary session to vote against the “exceptional measures” that had suspended their chamber and given him near-total power.

Saied denounced Parliament’s move as a “coup attempt” and said those responsible had “betrayed” the nation.

Tunisia’s justice minister, Leila Jeffal, asked the attorney general to open a judicial investigation against the members on charges of “conspiring against state security”.

Last year, President Saeid sacked the government, froze the assembly and seized wide-ranging powers. He later gave himself powers to rule and legislate by decree and seized control over the judiciary.