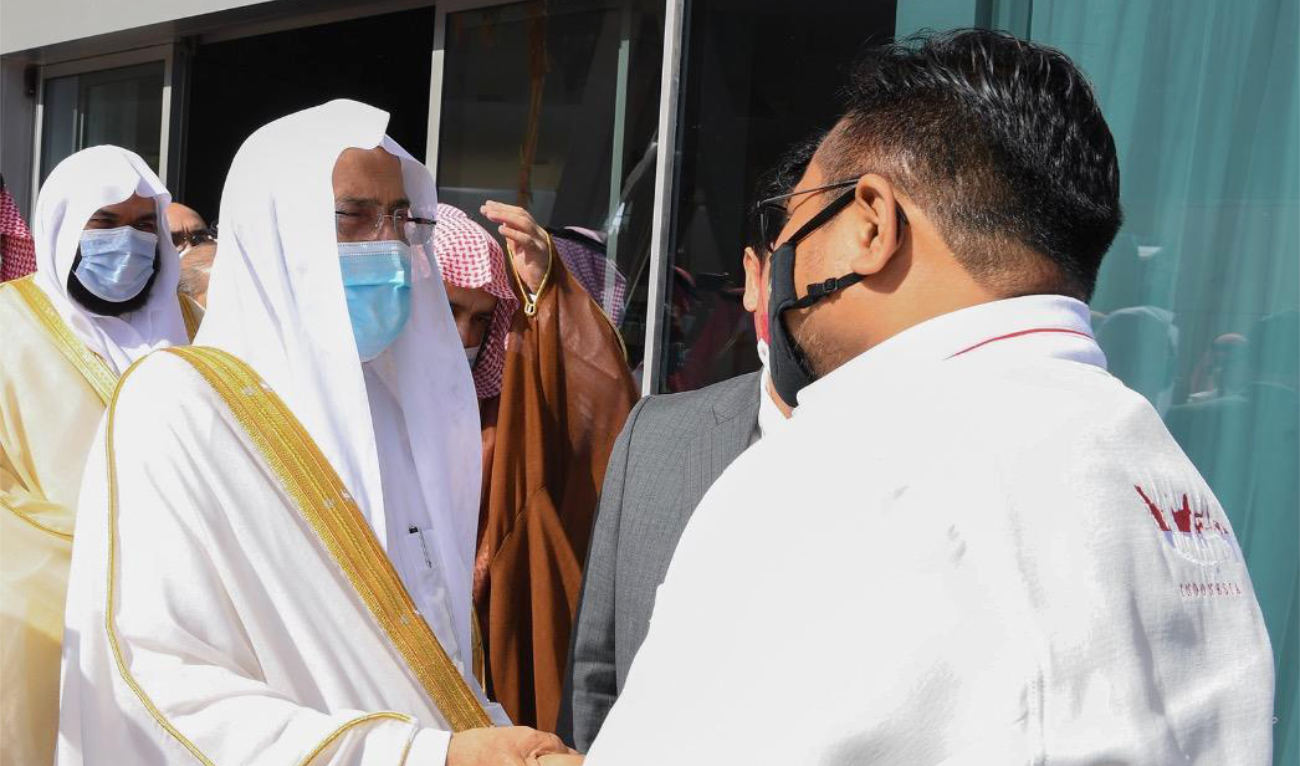 Saudi Minister of Islamic Affairs, Dawah and Guidance Sheikh Abdullatif Al-Asheikh on Friday received his Indonesian counterpart Yaqut Cholil Qoumas and his accompanying delegation as part of their official visit to the Kingdom.
Qoumas praised the bilateral relations and cooperation between the two countries, which he described as strong, praising the Kingdom’s efforts in spreading moderation, caring for the affairs of the Two Holy Mosques, and serving pilgrims.

He added that the preventive measures taken by Saudi Arabia to address the coronavirus disease pandemic and to ensure the safety of pilgrims reflected positively on the Kingdom, opening the door for more pilgrims in the future.

Al-Asheikh affirmed the distinguished relations and cooperation between the two sides in Islamic affairs, spreading the concept of moderation and countering extremism, and hate speech.

“The Kingdom, under the directives of King Salman, confirms the tireless efforts to spread the principles and great values of Islam per the moderate approach,” Al-Asheikh said.
#Coronavirus