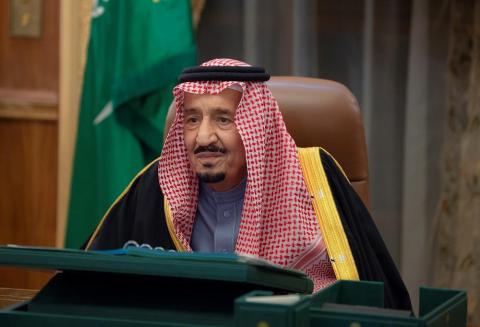 The Saudi government reiterated on Tuesday the Kingdom's support for the United Nations-sponsored dialogue initiative in Sudan.
Custodian of the Two Holy Mosques King Salman bin Abdulaziz chaired the cabinet meeting that was held virtually amid the ongoing coronavirus pandemic.

The government expressed Riyadh's support to all efforts that aim to consolidate the unity, security, stability and development of Sudan.

The cabinet reviewed a number of regional and international developments.

It underscored Saudi Arabia's keenness on achieving the security and stability of neighboring Yemen and easing the suffering of its people.

It underlined the efforts exerted by the Saudi-led Arab coalition in easing threats in the region and securing international marine navigation and trade routes amid the danger posed by the Iran-backed Houthis militias and their violations of international humanitarian and marine laws.

The cabinet reviewed the various contacts held throughout the past week between Saudi officials and international figures with the aim of building bridges of cooperation throughout the world.
#Coronavirus