Giga-projects are a key pillar of the Public Investment Fund’s strategy to diversify the Saudi economy by launching new sectors, promoting public-private partnerships, and boosting investment and employment opportunities. 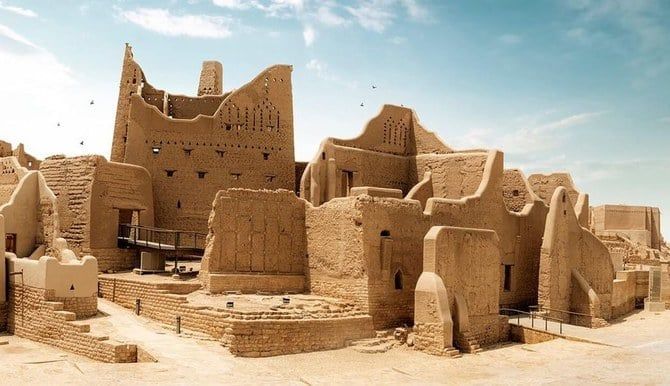 At-Turaif district, with its famous citadel, was the original seat of power of the Kingdom’s Al-Saud family. In 1727, the city was named the country’s capital, laying the foundations for what would later become a unified Saudi Arabia.

“These cultural and historical aspects position Diriyah as an unrivaled destination of global significance where the authenticity of Saudi heritage can be celebrated, revealing the historic origins of modern Saudi Arabia,” a spokesman said.

“Tourists will have the opportunity to explore and get to know Saudi Arabia’s history and its culture at the city’s museums and purpose-built pavilions.”
The development of Diriyah was previously the responsibility of the Diriyah Gate Development Authority, which will continue in a supervisory and regulatory role role in maintaining the heritage and history of Diriyah.