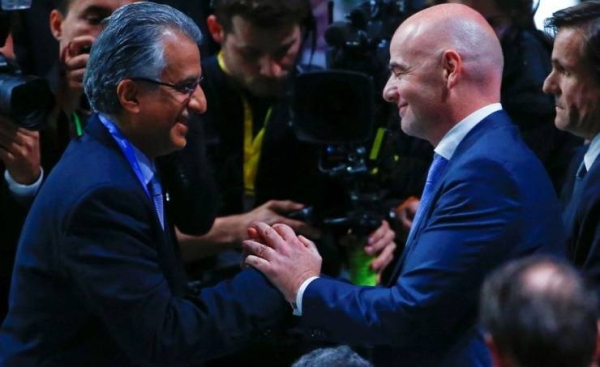 Asian Football Confederation (AFC) President Shaikh Salman Al Khalifa has confirmed he would stand for a third term as AFC president after initially taking over in 2013 from then-acting president Zhang Jilong.
"Much has been accomplished and there is still much more to be done. Together we will continue to implement our cherished agenda of transforming Asian football and taking it to greater heights," he said.

Infantino will be standing for a third stint in charge of soccer's global governing body having defeated Shaikh Salman to claim the presidency in 2016 following Sepp Blatter's resignation.

"The Asian football family is forever grateful to president Infantino for his steadfast support and commitment to developing the game in our continent," Shaikh Salman said during his address by video to delegates from Bahrain.

"We were encouraged by the motivated leadership provided by president Infantino during the COVID-19 pandemic, not only to Asian football but also to world football.

"As the Asian football family warmly welcomes president Infantino's re-election bid, I can assure him today that we will stand united behind his candidateship."

Infantino said he was "honoured and humbled" to receive the pledge of support from Asian delegates and "for your trust, for your commitment to continue working together.

"To me this means a lot," he said. "You know my very tight ties with Asia, a continent I cherish, that I love, that I fondly believe in, a continent that had a great past in football and will have a much greater future."
#COVID-19  #Covid