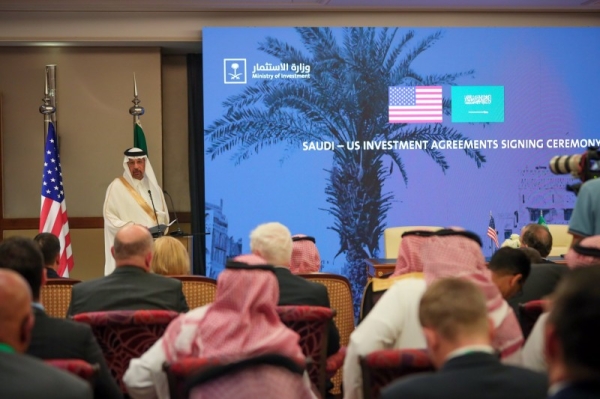 Saudi Arabia’s Public Investment Fund (PIF) held nearly $44 billion worth of US-listed stocks according to Q1 2022 numbers, minister of investment Khalid Al-Falih said.
In a statement during the US president Joe Biden’s visit to the Kingdom, Al-Falih shared insights about the Kingdom’s investment relationship with American companies.

He said that today there are more than 740 American companies registered as foreign institutions operating in the Kingdom, employing over 67,000 people, the majority of whom are Saudi.

Al-Falih also clarified that these companies are spread throughout the Kingdom, mainly across sectors such as manufacturing, information and communications technologies, as well as professional, scientific, and technical sectors.

He also indicated that Saudi companies, led by Saudi Aramco, SABIC, and Ma'aden, have made significant investments in the United States that are worth tens of billions of dollars, predominantly in oil and gas industries, as well as chemicals.

The Saudi minister clarified that Lucid Motors, a leading electric vehicle producer, which recently signed an agreement to build a factory in the Kingdom, represents one of the PIF’s strategic investments in the United States.

Al-Falih affirmed that the Kingdom seeks to build and expand this strategic partnership, including with private sector institutions in both countries.

He pointed out that as an affirmation of the established and growing strategic partnership between the Kingdom and the United States on the investment and business.
#Joe Biden