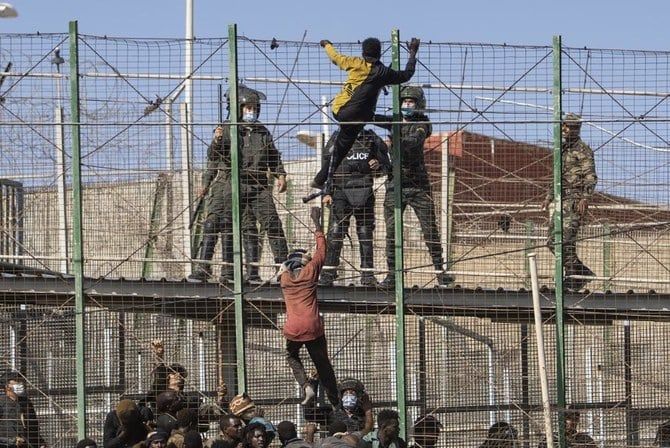 Moroccan police said Wednesday they had broken up a people smuggling gang in a northern town near the site of a deadly border tragedy in June.

The DGSN security service said it had arrested 23 suspected smugglers during morning raids in Nador and surrounding areas.

Nador is near the border with the Spanish enclave of Melilla, one of two main European Union territories on African soil and a magnet for migrants fleeing violence across the continent and seeking refuge in Europe.

“They are suspected of acting as middlemen, finding potential candidates and organizing illegal migration operations via the sea, as well as equipment and logistics,” the DGSN said in a statement.

Melilla was the site of a tragedy on June 24 attempt when some 2,000 mostly Sudanese migrants attempted to storm the enclave’s border.

At least 23 people died, the worst toll in years of such attempted crossings, and rights groups accused both Spanish and Moroccan authorities of using excessive force.

Since the tragedy, Morocco has sentenced dozens of migrants to prison terms on charges including illegal entry and belonging to criminal gangs.