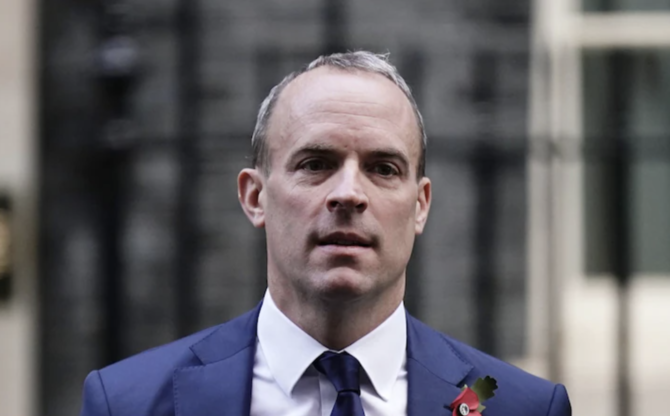 A man convicted of a car bomb hoax targeting Muslims in the UK has been barred from early release by Justice Secretary Dominic Raab.
Kyle Howe, 27, was jailed for 28 months for threatening a Muslim community center in the city of Leicester, in an incident prosecutors said sought to “emulate” far-right Norwegian terrorist Anders Breivik.

Howe phoned police saying he had made an ammonium nitrate bomb, telling the operator: “Our society is not able to adapt. We are white. We are the English.”

He described Breivik, who murdered 77 people in 2011 in a bomb attack and subsequent shooting spree, as his “commander,” adding that his rampage had been “self-defense.”

Howe was jailed in October 2021, receiving a relatively short sentence for an offense that can result in imprisonment for seven years.

Raab sent the case for review under a new law introduced in July, on the grounds that Howe continues to pose a significant danger to the public.

The law means that individuals who would otherwise be eligible for parole will be forced to serve a longer period of their determined sentences behind bars if considered unsuitable for early release, though it will not see them serve longer than the sentence originally passed by a court.

Howe had been set for release just half way through his sentence, but Raab intervened to ensure he will not be eligible for parole until 2023.

Howe is one of eight individuals to have their cases sent for review under the new law, and the first to have his parole denied.

A Parole Board spokesman told the Daily Telegraph: “We can confirm that a panel of the Parole Board refused the release of Kyle Howe following an oral hearing in December 2022.

“Parole Board decisions are solely focused on what risk a prisoner could represent to the public if released and whether that risk is manageable in the community.”

A government spokesman told the Daily Telegraph: “Our priority remains to ensure the safety and security of the UK. We will continue to do whatever is necessary to protect the UK and have one of the most robust counter-terrorism frameworks in the world to ensure this.”
#Dominic Raab  #Raab