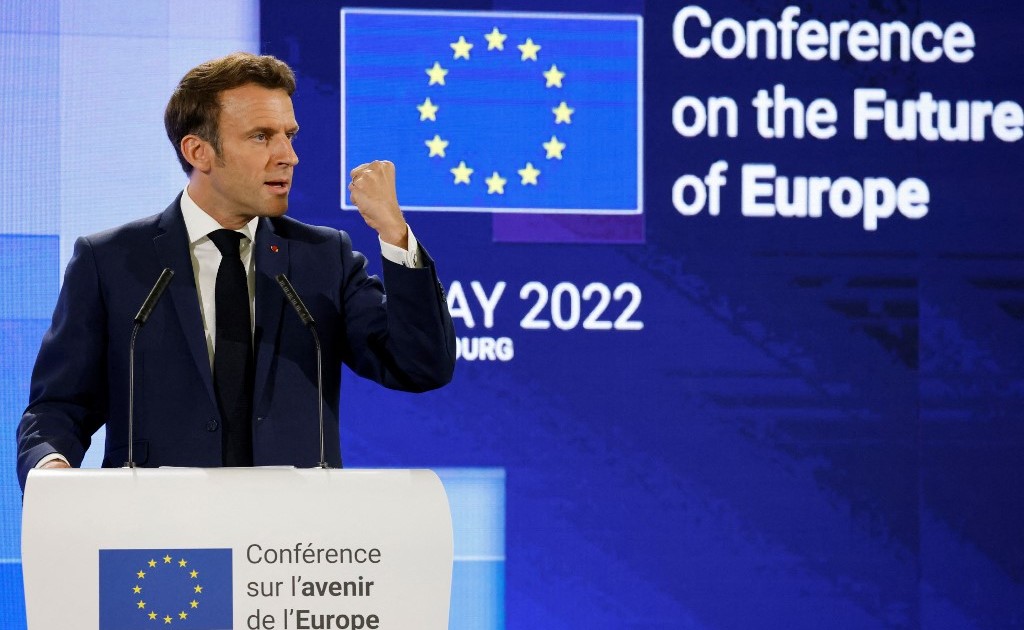 The French leader suggests building a broader political community of democratic states around the European Union.

France’s President Emmanuel Macron has said it will take “decades” for a candidate like Ukraine to join the European Union, and suggested building a broader political community of democratic states around the bloc.

Speaking to the European Parliament in Strasbourg on Monday, Macron called his re-election last month a signal that the French had wanted more Europe.

“Even if we gave them candidate status tomorrow,” he said on Monday of Ukraine, “we all know perfectly well that the process of allowing them to join would take several years, in truth doubtless several decades.”

But Macron noted the urgency of giving Ukraine and other EU hopefuls, like Moldova and Georgia, a place in the heart of Europe.

Rather than bringing down stringent standards to allow countries to join more quickly, he suggested creating a parallel entity that could appeal to countries who aspired to join the bloc or, in an apparent reference to the United Kingdom, countries that had left the union.

Russia invaded Ukraine in February, in part to thwart Kyiv’s tilt towards integration with the EU and NATO, and Georgia and Moldova are also partly occupied by Moscow’s troops.

Just ahead of Macron’s speech, European Commission President Ursula von der Leyen tweeted that the EU executive would give its “opinion” on Ukraine’s membership bid in June.

But Macron, in a speech endorsing calls for a treaty change to further strengthen the EU’s federal integration, said the bloc, “given its level of integration and ambition”, could not be Europe’s only organising body.

“It is our historic obligation … to create what I would describe before you today as a European political community,” he said.

“Joining it would not necessarily prejudge future EU membership,” he said. “Nor would it be closed to those who left it.”

Also on Monday, Macron backed calls for a convention to discuss possible changes to the treaties that govern the EU.

Macron’s speech echoed citizens’ proposals for reforming the EU that were presented in late April as the outcome of a major year-long citizens’ dialogue on the bloc’s future, the so-called Conference on the Future of Europe.

Macron said he wants to discuss possible changes to the EU treaties at the next summit of EU leaders.