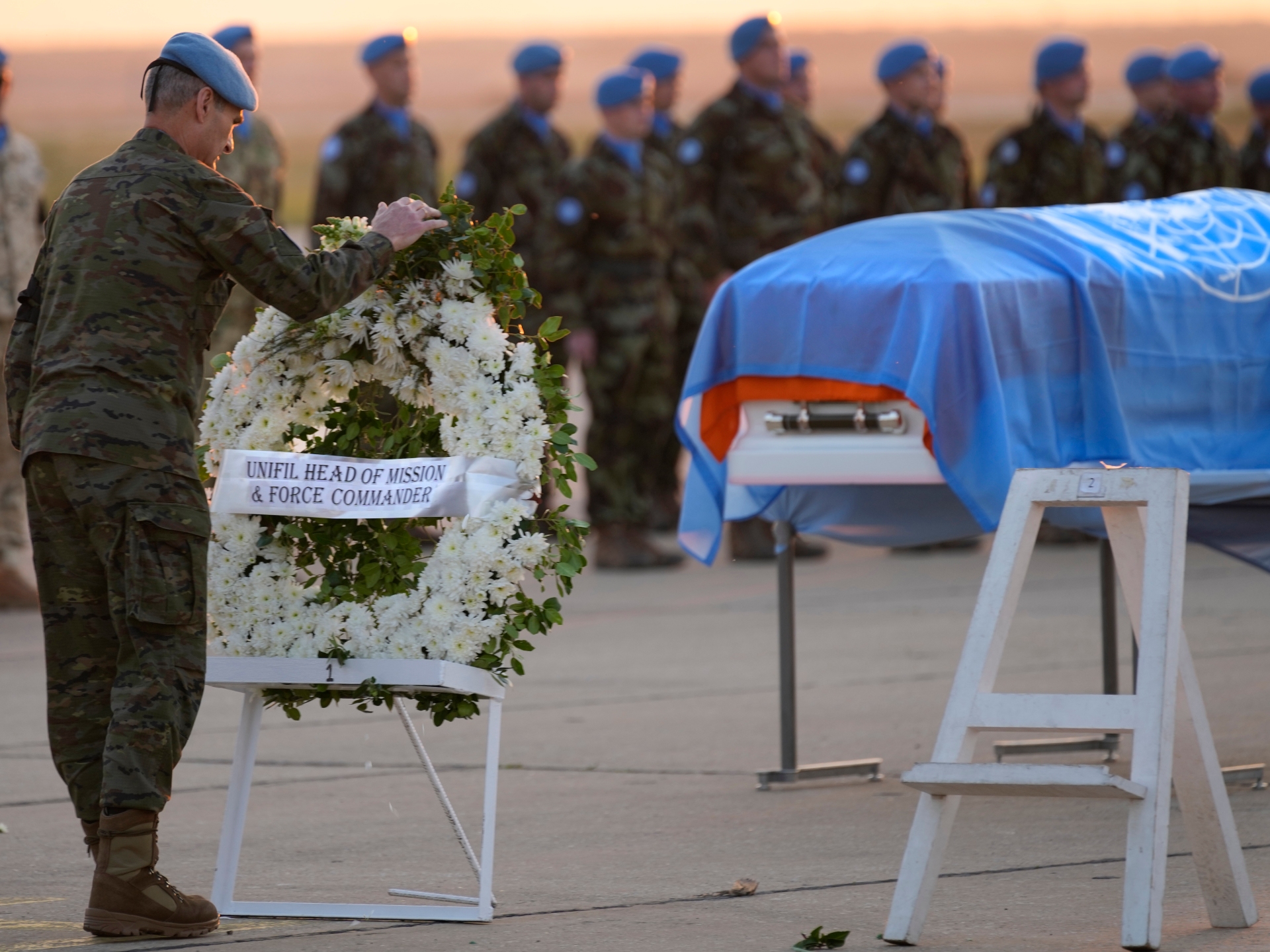 With only one of seven suspects in custody, Lebanese officials say search is under way for the other six to determine their whereabouts.
Lebanon’s military tribunal has charged seven suspects for participating in an attack last month that killed a United Nations peacekeeper when the convoy that was carrying him came under attack, according to several officials.

Irish Private Sean Rooney, 23, was killed and three other peacekeepers were wounded on December 14 when a group of armed men shot at the UN Interim Force in Lebanon (UNIFIL) vehicle near the village of al-Aqbiya in southern Lebanon, a centre of support for the Lebanese group Hezbollah, which has denied any role in the killing.

In late December, the Lebanese military arrested a suspect “in cooperation with Hezbollah”, according to the Iran-backed Shia group, which said the man was not one of its members.

The arrested man and six other fugitives were charged in the attack, according to a judicial official familiar with the investigation, a legal official following the case and a military official. All spoke to news agencies on condition of anonymity in line with regulations.

The officials said a search was under way for the other six suspects and that authorities were trying to determine whether they had left the country.
UNIFIL has urged Lebanese authorities to ensure a swift investigation into the first violent death of one of its peacekeepers in nearly eight years.

The force told The Associated Press news agency that it has not received any information about the arrest or the charges in the case.

The peacekeeping force was created to oversee the withdrawal of Israeli troops from southern Lebanon after Israel’s 1978 invasion. The UN expanded its mission following the 2006 war between Israel and Hezbollah, allowing peacekeepers to deploy along the Israeli border to help the Lebanese military extend its authority into the country’s south for the first time in decades.

Hezbollah supporters in Lebanon frequently accuse the UN mission of collusion with Israel, while Israel has accused the peacekeepers of turning a blind eye to Hezbollah’s military activities in southern Lebanon.

Over the years, there have been a number of incidents between Hezbollah supporters and UN peacekeepers but they have rarely escalated.