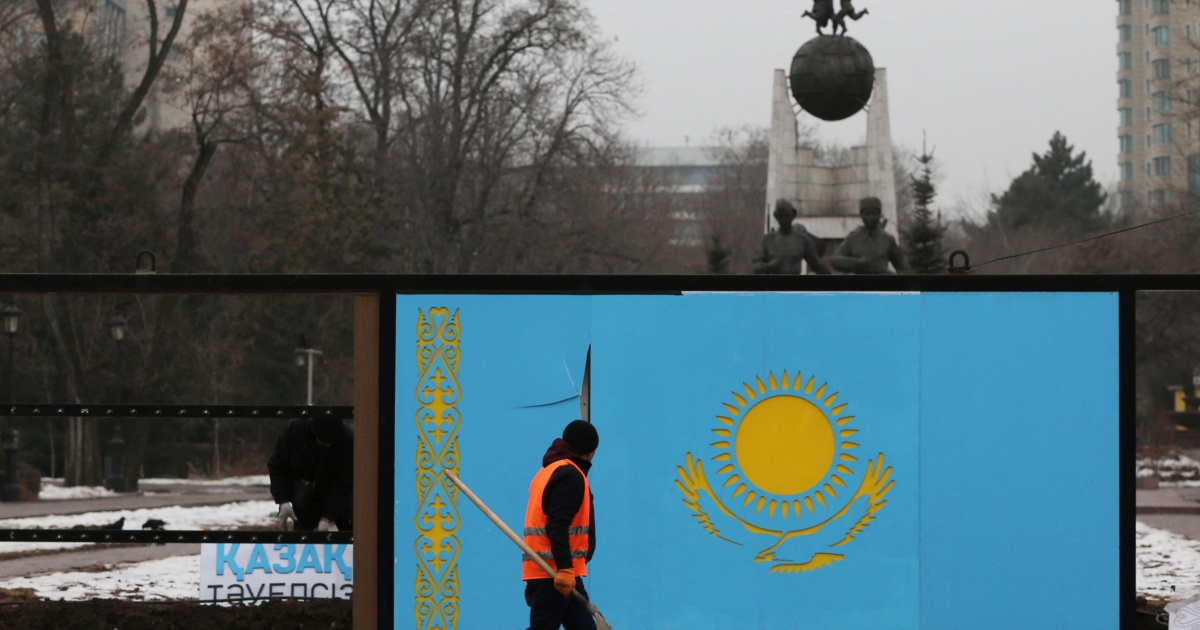 Kazakhstan does not want to be behind new Iron Curtain: Official

Deputy foreign minister says Kazakhstan would welcome companies exiting Russia due to the war in Ukraine.

Kazakhstan does not wish to be behind any new Iron Curtain that Russia may seek to erect, the country’s deputy foreign minister has said, as Astana treads a fine line amid Moscow’s invasion of Ukraine.

German newspaper Die Welt on Monday quoted Roman Vassilenko as saying that his country would not want to be on the wrong side of a new “iron curtain”, referring to the Western term for a dividing line between Eastern and Western Europe during the Cold War.

Kazakhstan has been seeking a balance between distancing itself from Russia’s offensive in Ukraine and not upsetting its northern ally.

Vassilenko also said companies exiting Russia due to the war in Ukraine were welcome to move their production to Kazakhstan.

Countries should not come merely to avoid sanctions against Russia, “but all companies with a good reputation that want to move their production here are welcome”, Vassilenko said.

A raft of Western companies are shuttering businesses in Russia in response to pressure from consumers to take a stand against the invasion of Ukraine.

Vassilenko signaled that his country was pressing on with its planned reforms and had no intention of returning to the political setup of the Cold War.

Pointing to the planned changes, which include limiting the president’s powers, Vassilenko said his country is “not taking these steps and political reforms to please anyone, including the West, but because our president knows that it is the only way forward”.

Kazakhstan has avoided criticising Russia’s move to invade a fellow former Soviet republic, but Kazakh President Kassym-Jomart Tokayev said this month that all countries must strictly adhere to the norms and principles of the United Nations charter.

The foreign ministry last month signalled its neutrality in the Ukraine conflict and said it is not considering recognition of two Russia-backed separatist entities in eastern Ukraine.

Authorities had allowed activists to hold a rally against the invasion, gathering more than 2,000 people in early March. However, a second attempt for a rally was rejected by the officials.

Following the collapse of the Soviet Union, the Central Asia region – which includes Kyrgyzstan, Kazakhstan, Tajikistan, Turkmenistan and Uzbekistan – have remained in the Russian orbit and while many tried to pursue multi-vector foreign policies, their dependence on Moscow has remained strong.

Kazakhstan, the region’s richest country, was rocked by the most dramatic social unrest since its independence at the start of this year and President Kassym-Jomart Tokayev called in Russian troops to help stabilise the situation.

For many, the move marked a new even greater dependence on Russia in terms of Kazakhstan’s foreign policy.

Dozens of people were killed and thousands were arrested in the protests and clashes that lasted approximately 10 days in early January.

Meanwhile, Uzbekistan, another Central Asian republic with close ties to Russia, has also been a critic of the war in Ukraine.

The government has also said that it will not recognise Moscow-backed separatist states in eastern Ukraine.

Uzbek foreign minister Abdulaziz Kamilov told parliament in mid-march that while Tashkent wanted to maintain good relations with both Moscow and Kyiv, it opposed the war.

Uzbekistan’s economy relies heavily on exports to Russia as well as remittances from Uzbeks working in Russia.

Both Uzbekistan and Kazakhstan have said they would provide humanitarian aid to Ukraine.