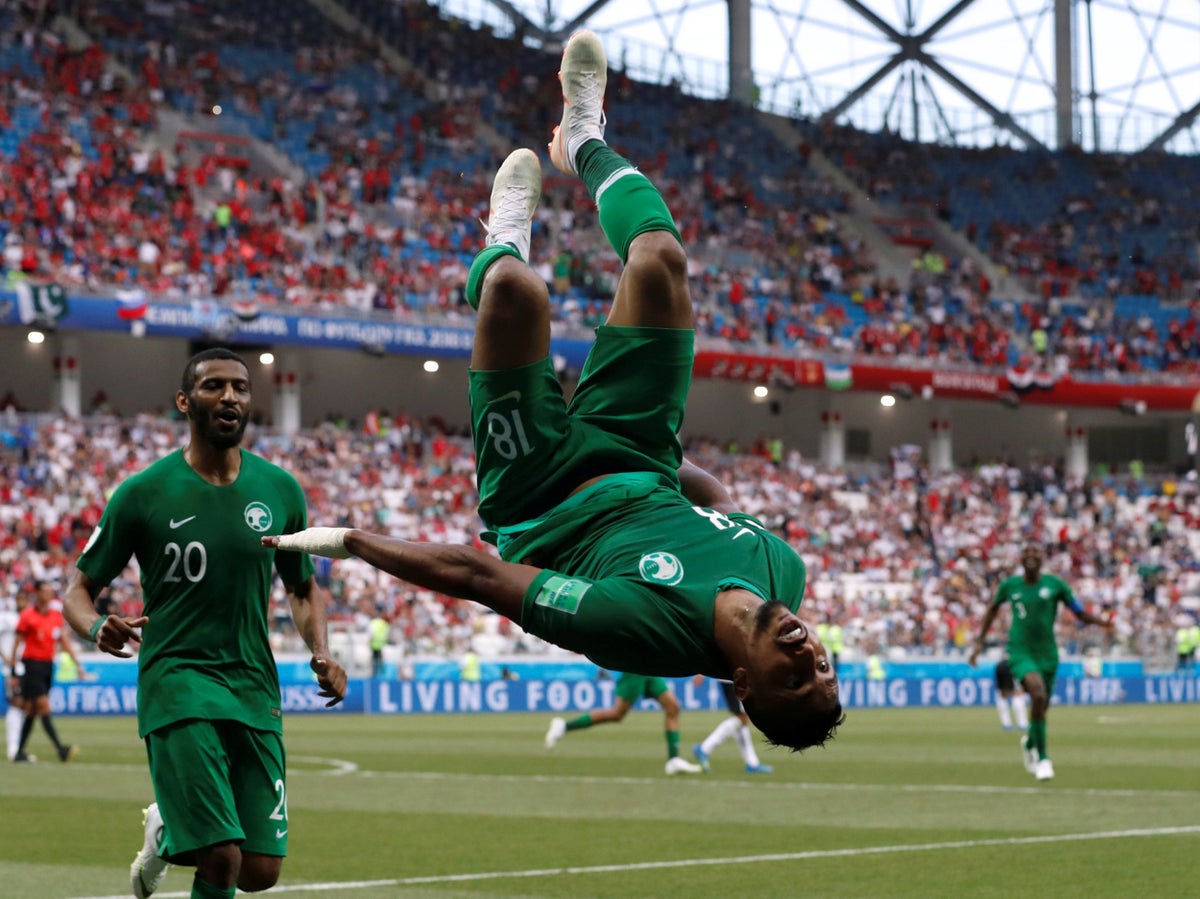 One of the biggest games in recent Saudi Arabian football history is moving into view and if the national team defeat China next Thursday, a place in the 2022 World Cup will be secured with a game to spare.
Three points clear at the top of Group B above Japan and four clear of Australia — and those two meet in Melbourne earlier on the same day — with just two games left to play, it is all looking good for the Green Falcons. This is the first step on the final stretch to Qatar and a sixth appearance on the global stage is within touching distance.

Coach Herve Renard is taking no chances, naming his strongest squad of 26 this week with only one new face selected by the Frenchman. He called up 14 from Al-Hilal and Al-Nassr alone.

Amin Al-Bukhari comes in as the fourth-choice goalkeeper, a reward for the 24-year-old’s solid performances for Al-Nassr in recent weeks. An injury to Mohammed Al-Owais, now fit again, in the 3-2 win over China in October almost cost the team the victory and Renard wants to take a look at his options.

That will come as the team travels to Abu Dhabi at the end of the week to start a training camp ahead of the game in Sharjah (another factor in Saudi Arabia’s favor is that the game will not take place in China due to the country’s strict travel restrictions in place to combat the spread of COVID-19).

In terms of injury news, there is both good and bad for the boss. It is certainly unfortunate that Abdulelah Al-Malki damaged his cruciate ligament in February’s defeat in Japan and the defensive midfielder’s priority at the moment is trying to get fit in time to make the World Cup squad, assuming that his team-mates get the job done later this month. And center-back Ali Al-Bulaihi is also out.

Renard faces a decision on who will replace Al-Bulaihi in the middle of defense to play alongside the impressive Abdulelah Al-Amri. Abdullah Madu filled in late last year but his lack of minutes for Al-Nassr may count against him. Renard has also called up Al-Shabab pair Ahmed Sharahili and Hassan Tambakti.

The right-back position could be problematic as it remains to be seen what happens with Mohammed Al-Breik. The Al-Hilal star has been struggling for fitness this year though looks set to play against Al-Ahli in a huge league game on Friday. If the 29-year-old comes through unscathed then he should be ready to take on China next week. Renard will be hoping this is the case as Al-Nassr’s Sultan Al-Ghannam, who has played all but one of the qualifiers in this round of games, is also injured.

Something similar can be said about captain Salman Al-Faraj. The Al-Hilal star missed the game in Japan but has returned to league action this month. Renard will be keeping his fingers crossed that his cultured on-pitch lieutenant arrives in the UAE fit and with the cool head that will be needed in the high-pressure situation of a vital World Cup qualifier. Club mates Salem Al-Dawsari and Mohammed Kanno have been going well for the in-form Al-Hilal and also need to stay fit.

It is no surprise that given the lack of prolific local goal scorers in the Saudi Professional League — leading to the age-old debate as to whether the reliance on foreign strikers is a cause or a symptom of this — that Renard will go with just one up top. There are not many options to choose from. Two have been named: Al-Fateh’s Firas Al-Buraikan and Saleh Al-Shehri of Al-Hilal.

The latter has made some vital contributions in this campaign, scoring the only goals in the away games against Vietnam and Oman. Problem is, he doesn’t get that much playing time at Al-Hilal, unsurprisingly so given the attacking riches the Riyadh giants have at their disposal. Al-Buraikan solved that issue by moving from Al-Nassr to his present club. It was a brave move as the 21-year-old gets plenty of minutes in the east of the country and has managed six goals this season. Like his rival, he has also come up with vital goals on the road to Qatar, scoring the winners against Japan, Oman and China at home.

That is not the only choice awaiting Renard in the next few days. First however, the boss will be anxiously watching the events in the Saudi Pro League in the coming days. As long as there are no more injuries to key players then the West Asian team can approach the crucial clash against a troubled Chinese team with plenty of confidence. Just one more win will do it.
#COVID-19  #Covid