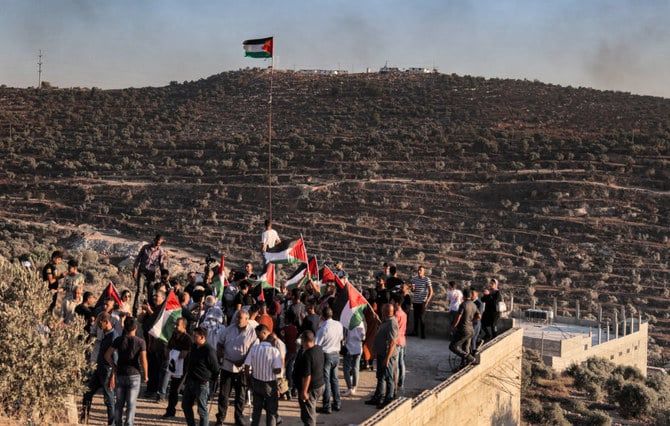 Jordan has said that it never occupied the West Bank, as claimed by Israel, insisting its presence in the disputed territory was part of an administrative arrangement with the Palestinians.
During the UN Security Council’s special session on Jerusalem on Thursday, the Tel Aviv ambassador claimed that Jordan occupied the West Bank in 1950, a suggestion described by his Jordanian counterpart as “lies and misleading information.”

Jordanian Permanent Representative to the UN Mahmoud Hmoud said: “What happened in 1950 was a union between the two banks of the Jordan River for the Palestinians to exercise the right to self-determination, and half of the Jordanian government was from the West Bank.”

Jordan, according to Israel, occupied the West Bank in 1948.

However, even after the Israeli occupation of the West Bank in 1967, the area was still administratively linked to Jordan and was considered an electoral district before the disengagement law of 1989.

In 1950, a Jordanian parliament in which Palestinian Arabs from the West Bank were equally represented voted unanimously to unite the West Bank with Jordan in order to safeguard the remaining Arab territory of Palestine from Israeli expansion.

On July 31, 1988, Jordan’s King Hussein announced the severance of all administrative and legal ties with the occupied West Bank, saying the move would allow Palestinians to determine their own future.

The dispute between the two diplomats in the UN echoed a diplomatic rift between Amman and Tel Aviv following the controversial visit of Israel’s new far-right Security Minister Itamar Ben-Gvir to Al-Aqsa Mosque, which is under Jordanian custodianship.

Jordan summoned the Israeli ambassador, and said Ben-Gvir’s visit had violated international law, and “the historic and legal status quo in Jerusalem.”

The status quo at Al-Aqsa Mosque, preserved for decades, allows only Muslims to worship at the site.

The Jordanian lower house of parliament held a special session to discuss the Israeli violations, and issued a statement condemning Israel’s unilateral acts and voicing support for Jordan’s custodianship of Jerusalem’s holy sites.

The emergency Security Council meeting on Jerusalem was held on a joint Jordanian-Palestinian request, and with the support of the UAE, France, China and Malta.

Although the council made no commitment to any action during the session, member states expressed concern and stressed the need to maintain the status quo at the mosque compound in the holy city.

Delivering Jordan’s statement at the meeting, Hmoud voiced Amman’s condemnation of the “storming” of Al-Aqsa Mosque/Al-Haram Al-Sharif by the Israeli minister under the protection of occupation forces.

He described the minister’s visit as a “provocative step that is rejected and condemned,” adding that it represents “a flagrant violation of international law, and the historical and legal status quo in the city of Jerusalem and its holy sites.”

Political analyst Hussein Al-Rawashdeh said that Israel has “finalized a scheme that targets both Palestine and Jordan.”

Jordan is certain of the “inevitability of the confrontation” with Israel, even after 29 years of peace following the Wadi Araba treaty in 1994, he said.

Al-Rawashdeh said that all events indicate Israel has hidden agenda against its neighbor, with the arrival of an ultra-Orthodox and far-right government in office being the first proof.

The analyst said that Jordan is facing an “existentialist threat and not only political maneuvering” from Israel and, therefore, needs to build a “Jordanian cause based on a convincing and concise narrative, and a coherent and unified internal front.”

Echoing those remarks, Mohammed Al-Tal, a veteran journalist and former editor-in-chief of Ad-Dustor Daily, said that Israel has “unfriendly” intentions against Jordan and is seeking to resolve the long-running conflict at the expense of the kingdom.

He claimed that through its repeated violations at Al-Aqsa Mosque, Israel is sending a menacing and disrespectful message to its neighbor.

During a recent interview with CNN, Jordan’s King Abdullah said that the country is ready to deal with any push against Hashemite custodianship.

The king also warned against extremists’ attempts to use Jerusalem to create conflict and violence.

On whether there are fears of a third intifada (uprising), the king said: “We have to be concerned about a next intifada. And if that happens, that is a complete breakdown of law and order, it is one that neither the Israelis nor the Palestinians will benefit from.

“If people want to get into a conflict with us, we are quite prepared. (However) let us look at the glass half full.”

He added: “We have certain red lines. And if people want to push those red lines then we will deal with that. But I have to believe that there are a lot of people in Israel who are concerned as much as we are.”