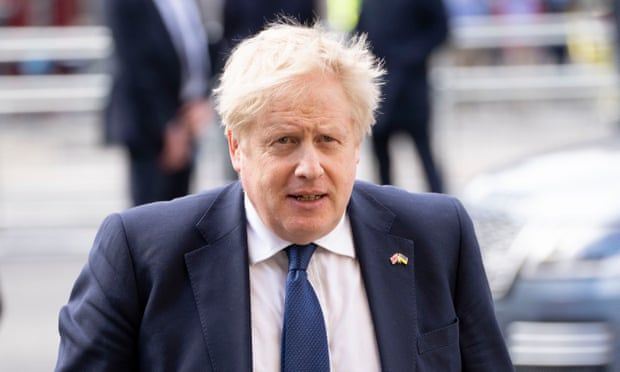 Analysis: PM will try and succeed where Biden failed but is unlikely to get a sympathetic hearing
Boris Johnson is facing criticism both domestically and in the Gulf as he tries to persuade Gulf states to boost oil production.

He is expected to visit Saudi Arabia and other Gulf states such as the United Arab Emirates as western powers seek extra oil supplies to loosen the west’s dependence on Russian energy and slow the massive price rises caused by sanctions due to the war in Ukraine.

The US president, Joe Biden, has poor relations with Crown Prince Mohammed bin Salman, making Britain one of the most plausible western powers to persuade Saudi and the UAE to boost production.

But Johnson is facing domestic opposition to going to Saudi Arabia days after the Kingdom beheaded 81 “criminals and terrorists” at the weekend, the largest mass execution in Saudi history. Seven of those executed were from Yemen.

The Saudi court would have been aware that the killings would make Johnson’s visit harder and will be seen as a sign of Saudi independence from the west. It was also a sign of defiance towards Iran, with which Saudi had been slowly building improved relations. The two sides are on different sides in the Yemen civil war.

Neither Saudi or the UAE are keen to boost oil production since it would break up their oil pact with Russia known as Opec+.

The Saudis have said they will not pump more than they agreed to last year as part of a deal with Russia. That pact allows for production increases of 400,000 barrels a day each month, but it has done little to stem the rise in oil prices, and the Saudis have pumped less than their share, according to the International Energy Agency.

There is hostility in parts of the UAE for failing to show swift and strong solidarity after January’s missile strikes fired by Houthis that hit Abu Dhabi, killing three and damaging the international airport. The UK was not among the first to send a public message of sympathy. By contrast the French offered to supplement UAE air defence systems in a gesture that was appreciated by senior UAE diplomats.

One source said: “Such steps might seem trivial but they are noticed. It’s sometimes the simple easy messages that matter. It means you are not making contact only when you want something.”

The UK has also been slow in some observers’ eyes to back calls for the Houthi northern rebels in Yemen to be labelled as a terrorist organisation something the UK has been reluctant to do fearing it would make it harder for humanitarian groups to operate in Yemen.

Saudis and the UAE have been backing a six-year military struggle to prevent the Houthis seizing power. The attacks on Abu Dhabi were in retaliation for progress made by UAE backed forces in Yemen. Gulf states were also left unimpressed when Downing Street appeared to downgrade the Gulf in its list of Foreign Office priorities by abolishing the post of Foreign Office Middle East minister, and merging the role with a wider portfolio.

Boris Johnson’s extrovert style remains popular in the Gulf, but there is a feeling that he has ignored the region. Ironically, in the UK, he is regarded as too close to authoritarian states and too prone to put arms sales ahead of human rights.
#Boris Johnson  #Joe Biden  #Johnson