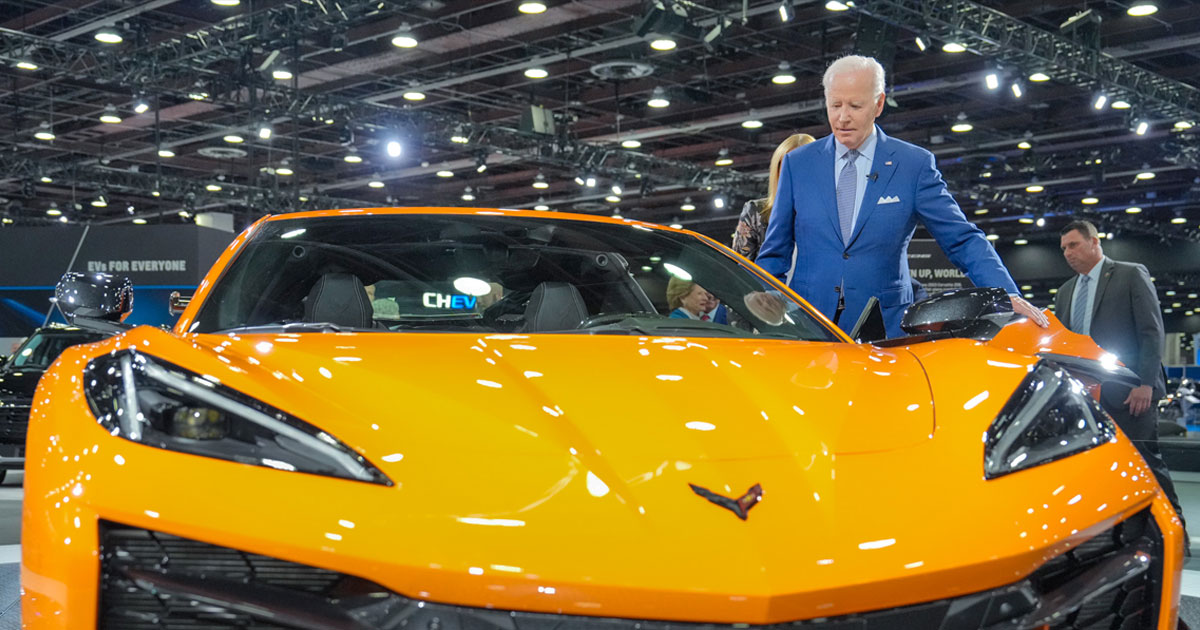 US president Joe Biden confused a gas-guzzling Corvette sports car for an electric vehicle in a recent tweet.

It's no secret that US president Joe Biden is prone to gaffes.

But confusing a gas-guzzling Corvette sports car for an electric vehicle has us stumped.

"You all know I'm a car guy," Biden tweeted this week. "Today I visited the Detroit Auto Show and saw firsthand the electric vehicles that give me so many reasons to be optimistic about our future."

Confoundingly, though, the image shows Biden getting comfortable in a 2023 Corvette Z06 — a combustion engine-powered sports car that gets a dismal 13 miles per gallon in the city, a hilarious faux pas that significantly undermines Biden's intention behind the tweet.

Of course, the internet had a field day with the tweet.

"Such a car guy, you don't even know that's a gas-powered Corvette," one user chided.

"Is this the same guy that can't found then exit door at any event he attends?" another netizen argued.

Credit where credit is due, the Biden administration has been significantly invested in the future of the electric car in the US.

In other words, maybe we should forgive Biden — or, rather, his social media team — for this particular blunder.