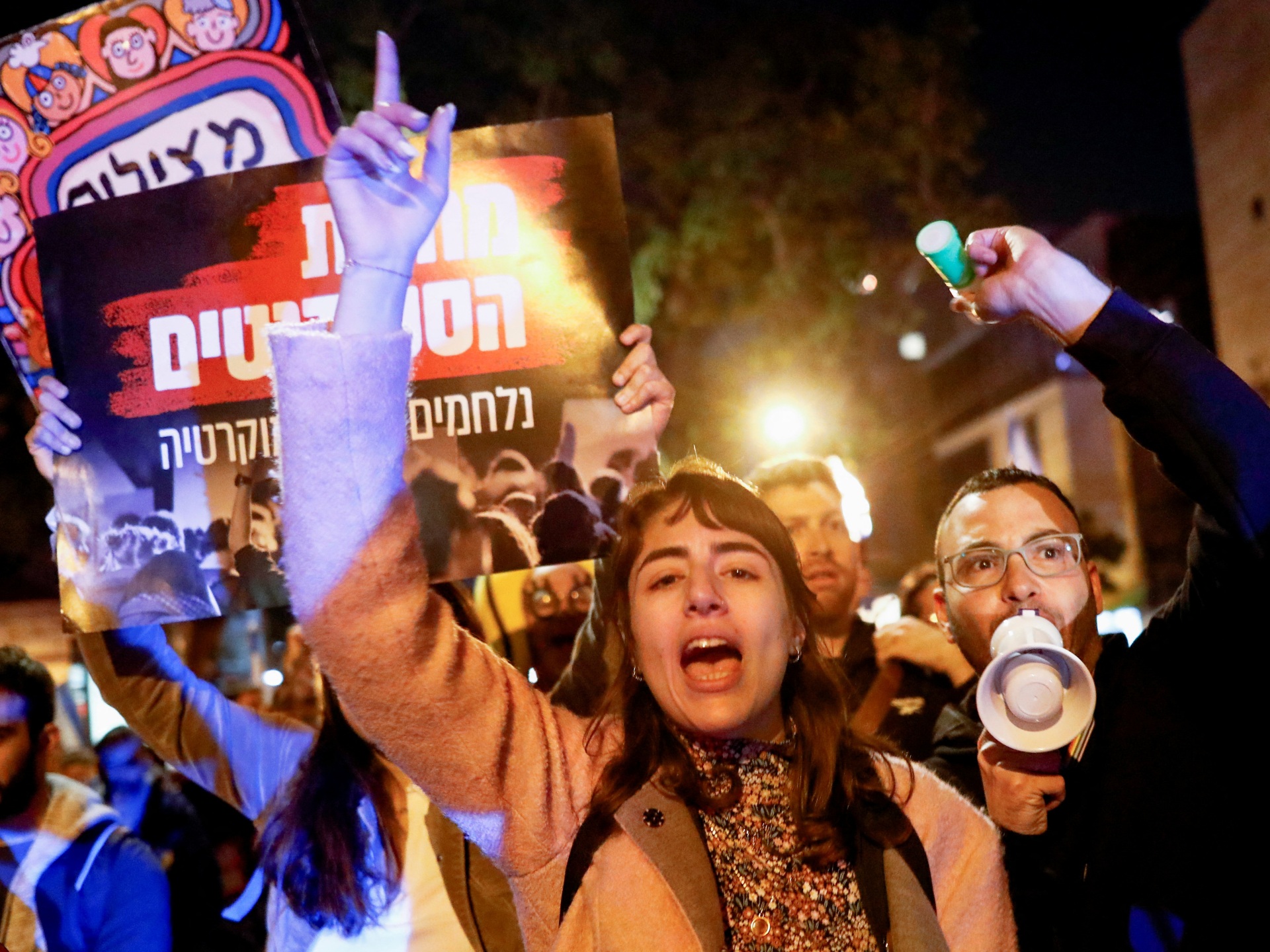 More than 100,000 people rally in Tel Aviv for a third week to protest against legal changes that could weaken the Israeli Supreme Court.

Tens of thousands of Israelis have gathered in Tel Aviv to protest plans by Prime Minister Benjamin Netanyahu‘s new government to overhaul the country’s judicial system and weaken the Supreme Court.

The rally followed another demonstration last week that also drew tens of thousands in an early challenge to Netanyahu and his ultranationalist and ultraorthodox government — the most right-wing in Israeli history. It says its judicial changes are needed to curb overreach by activist judges, but the plans have drawn fierce opposition from groups, including lawyers, and raised concerns among business leaders.

Opponents say the changes threaten democratic checks and balances on ministers by the courts.

“They want to turn us into a dictatorship, they want to destroy democracy,” the head of the Israeli Bar Association, Avi Chimi, said.

Netanyahu has dismissed the protests, now in their third week, as a refusal by leftist opponents to accept the results of last November’s election.

The prime minister, who is himself on trial on corruption charges, has pledged to press on with the changes. 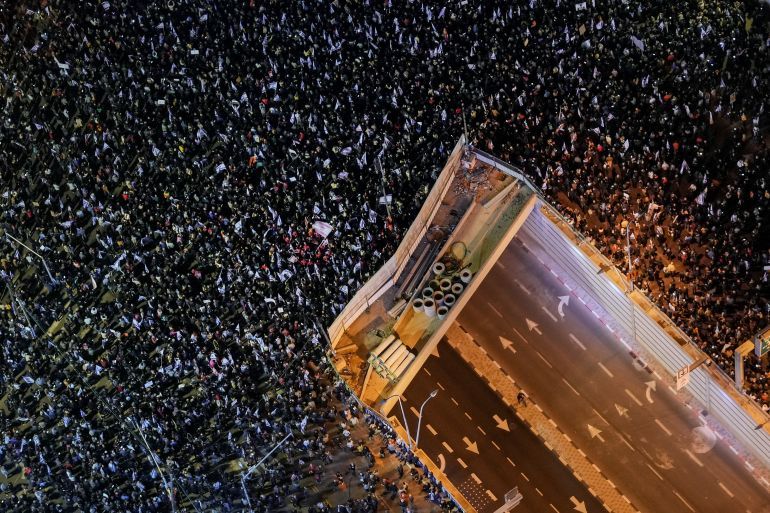 More than 100,000 people turned up to protest against plans by Netanyahu’s new government to overhaul the judicial system, in Tel Aviv, Israel, Saturday, January 21, 2023
The protesters, who carried Israeli flags and banners that read “Our Children will not Live in a Dictatorship”, say the future of Israeli democracy is at stake if the government succeeds in pushing through the plans as they would tighten political control over judicial appointments and limit the Supreme Court’s powers to overturn government decisions or Knesset laws.

As well as threatening the independence of judges and weakening oversight of the government and parliament, they say the plans will undermine the rights of minorities and open the door to more corruption.

“All generations are concerned. This is not a joke,” said Lior Student, a protester. “This is a complete redefinition of democracy.”

“This is a protest to defend the country,” said opposition leader and former Prime Minister Yair Lapid, who joined the protest. “People came here today to protect their democracy.”

Other protests took place in the cities of Jerusalem, Haifa and Beersheba.

The new government, which took office this month, is an alliance between Netanyahu’s Likud party and a clutch of smaller religious and far-right nationalist parties which say they have a mandate for sweeping change.

Likud politicians have long accused the Supreme Court of being dominated by leftist judges who they say encroach on areas outside their authority for political reasons.

The court’s defenders say it plays a vital role in holding the government to account in a country that has no formal constitution.

A survey released by the Israel Democracy Institute last week showed trust in the Supreme Court was markedly higher among left-wing Israelis than among those on the rght, but that there was no overall support for weakening the court’s powers.